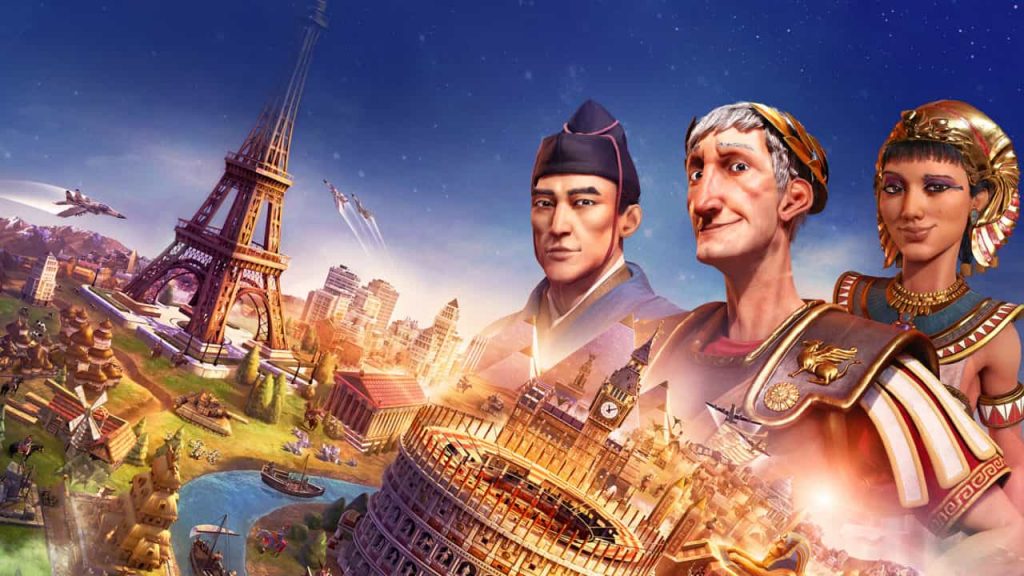 The turn-based strategy giant, Civilization, has arrived on PS4 with the latest (and perhaps greatest?) entry, Civilization VI, packing in its expansions and optimizing the controls for consoles. It’s as full fat a Civilization experience as it could possibly be, but that doesn’t prevent it from being a lot to take in.

A Towering Achievement That Will Thoroughly Ruin Your Social Life

It’s the same classic formula it’s always been. You take on the mantle of a famous leader of a country and build it from the primordial soup of nothing all the way to the stars. The tricky part comes in just how you get there, and how you handle the other world leaders. The battle of wits, the subterfuge, it’s delightful getting the upper hand, but this latest game is so stacked with moving parts, it can be tough to get a handle on what you should be doing.

Civilization VI can be overwhelming, confusing, and a bit intimidating to get into, even with helpful tutorials and tips, but it’s often enormously rewarding, and it doesn’t treat you like you’re stupid even if you are unknowing of its many, many systems. But Alexander the Great? He made me feel stupid.

For centuries, me, playing the part of the Queen Mother of France, and Alexander the Great had been best buds. Never mind the illogical nature of us both living that long and not ageing a day, this was truly a friendship for the ages. After all, how could I not help him out when he flashed that winning smile, and opened up trade agreements quite enthusiastically? We weren’t running the strongest nations on Earth, but we were doing okay, and when a flood or a drought-ravaged our countries? We were there for each other.

It was all going so well until his Macedon nation overtook my healthy French one and the technologically superior English declared war on me (something I’m 80% sure wasn’t my fault).

As I was served an unhealthy meal of Gunfire Anglais, I reached out to my well-toned comrade for assistance. Surely our long history together, and the fact I was 50% sure this was all on the power-mad English, and not because I was repeatedly rude and flagrantly disregarding demands to keep off their land, meant we could unite to fight a common foe.

Unfortunately, the fact I was 20% sure I hadn’t been a bit of a dick towards a larger nation didn’t quite convince Alexander to come to my aide. That, and he’d been getting quite chummy with the English, and well, they did offer a better deal. The bastard.

Eventually, the war ceased, an agreement was sealed, and I spent the rest of the game getting brutal revenge on Alexander. That false sentiment flavored my entire playthrough, and is exactly the kind of organic situation that makes me love Civilization VI. If I’d applied cold political logic to the situation, I’d have likely not got into it, but where’s the fun in that?

Building your empire has never had so many options. Civilization VI has a multitude of paths to the future, some riskier than others. The start sees your group of people searching for a place to call their first city. It’s very tempting to just pick the first available spot and plant your virtual flag in it, but the wider map is still an unknown quantity at this stage. There could be limited land on one side, and an encroaching neighbor on the other, forcing the growth of the country into a narrow space. The gamble has to be taken regardless, but it’s always worth doing a little exploring before settling in.

Just a little though, because every wasted move is potentially putting you further behind in the race to the top. You get to work towards a few goals of different ilks at any one time, unlocking more and more options over time as technology, arts, beliefs, and more evolve. On one hand there’s the production of units, from settlers who can head out and add more cities to your country, to builders who can create farms and mines to boost the coffers, to warriors, out to defend your country. These basic units can evolve over time and branch out into exciting new variants.

To get those, research needs to be done into the relevant things. These often take a good 10-40 turns depending on how huge they are, but smartly, the map itself offers up opportunities to speed up research depending on where you build and who you may build next to.

It’s a layer that adds further replay value, but there’s no denying it can throw up some particularly unfair disadvantages with its random nature. Happily it’s not the be-all and end-all of your progress, and with a bit of simple investigation, there’s often a more natural way to speed up research objectives, be it by lumping certain zone types together (such as industrial, commercial, etc) or building certain units and the like.

There are also a growing number of options on how to rule and delegate. At the start it’s typically BC nonsense such as God King, but soon you too can have a Monarchy or something more sensible. This is complemented by a perks system that unlocks interchangeable cards that boost aspects of the running of your country. A bit of extra gold here, a better growth rate there.

Putting all that into practice is the meat of it. Each zone, farm, etc, takes up a single hexagonal tile on the map, so there has to be a degree of planning for the future. The problem here is it takes a few runs to understand this properly, and even then, it’s hard to make an educated guess on how things are going to go and what you may need, so preparation only gets you so far. As deep as Civilization VI can be, it wouldn’t hurt to be a little more granular in its city-planning.

The expansions spice up the strategy soup somewhat, with natural disasters occurring as well as man-made ones. Building in dry land can see you affected by drought, for example, but it still has its advantages, Setting up shop by a river or seaside means you have a water source and the chance to speed through an related research when it crops up, but flooding could damage your cities.

Constructing by a volcano seems risky and a bit insane, but the ground is very fertile and there’s likely some geothermal pockets about too. As time goes by and the countries grow larger, their growth can affect the landscape in any number of ways. It’s possible to contribute to your own downfall by ignoring the warning signs of an impending ecological disaster.

It’s honestly rather impressive that Civilization VI’s many moving parts don’t lock and shatter under stress, and it could easily have done so if the port job to PS4 had been a poor one. We’ve all seen how Firaxis’ other big strategy game XCOM 2 suffered from a particularly patchy PS4 port on the technical side of things, so it’s natural to be concerned it would be more of the same for Civ.

Not so. Not only are the controls adapted quite well for a controller (though it doesn’t feel as fluid as a mouse and keyboard, naturally), but on a technical level, it’s a much smoother and steadier ride for Civilization VI. It helps that the art style is simple and easy on the eyes. Yet it still conveys what’s going on remarkably well. The caricature-esque design of the leaders and the units may look a little too much like the kind of thing you see in pop up ads for the latest Civ clones, but it’s handled in a tonally consistent and fun way. It adds some extra personality to proceedings.

The audio is worth a mention here too. Each civilization has its own personal musical score that actually evolves as the player progresses through the ages. It peaks and dips as diplomacy turns into war, and hardship turns into a breakthrough. It’s a thematically consistent soundtrack in that it takes something simple, and adds layer after layer until it emerges through the other side as an impressive aural behemoth. It’s become one of my favorite soundtracks of modern times as a result.

What’s not so impressive is the UI. It’s the one thing that doesn’t quite carry across to consoles, resulting in stacks of menus with hard to read text. It’s fixable to a degree, but it can still feel quite unwieldy when compared and contrasted with the easier to understand XCOM UI.

That this is the height of criticism for Civilization VI speaks volumes about its overall quality. It’s the most feature-complete version of the meatiest and most absorbing Civilization title to date. It’s not the most beginner-friendly entry given its titanic size and scope, but it certainly rewards your perseverance.

Civilization VI is out now on PS4, Xbox One, PC, Nintendo Switch and iOS.

The already marvelous Civilization VI makes the jump to PS4 almost entirely intact, and with the addition of two meaty expansions, this is an essential title for console strategy fans. It’s a little overwhelming for newcomers, but it treats the player with respect and rewards a curious mind with an utterly absorbing experience.