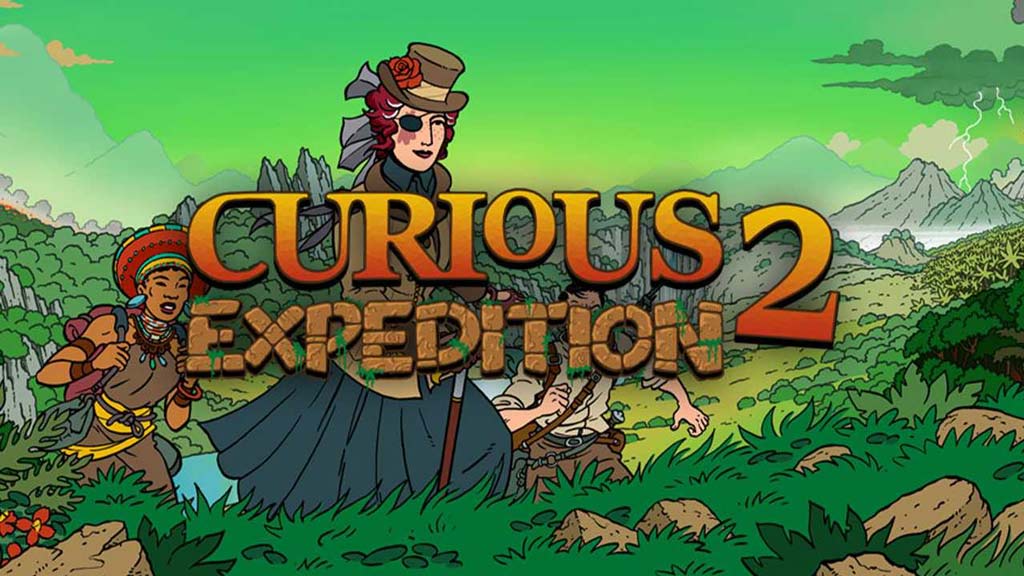 Curious Expedition 2 PS4 Review Like many video games such as No Man’s Sky and now Curious Expedition 2, life on earth is also procedurally generated within the scientific realms of the biological and chemical toolkits provided by Almighty God. As evolution has changed all species over millions of years, so the holy hard disk whirrs and creates new flora and fauna. Or does it? Perhaps everything is predestined and is merely a chemical / biological reaction and there’s no such thing as free choice. How else do you explain deja vu or why your parents buy the Daily Mail? Perhaps the team at Maschinen-Mensch in Berlin were compelled to produce this follow up to their successful turn-based rpg by the atoms falling into their prearranged paths within the alluring physical forms of the developers.

Taking the previous instalment and rebuilding it with particular attention a fresh new art style, the developers present their second instalment of Curious Expedition, a turn-based strategy adventure with rogue-like elements, procedurally generated lands and all played in the style of a board game. Set in 1889 at the Paris World’s Fair and presented with a charming comic book style, there is a strong element of colonial plundering at the heart of the narrative, laced with a satisfying dose of irony.

As the leader of the expedition, you are tasked with recruiting team members from a selection of ne’er do wells in a Parisian bar, choosing a “sponsor” from a choice of three exotic and vaguely sinister clubs, and then purchasing provisions and weapons to protect you on the expedition. Using your sponsor’s cash wisely is key to survival, ensuring you can protect yourselves from attack while having enough energy boosting treats to keep the hungry wolf from the door. 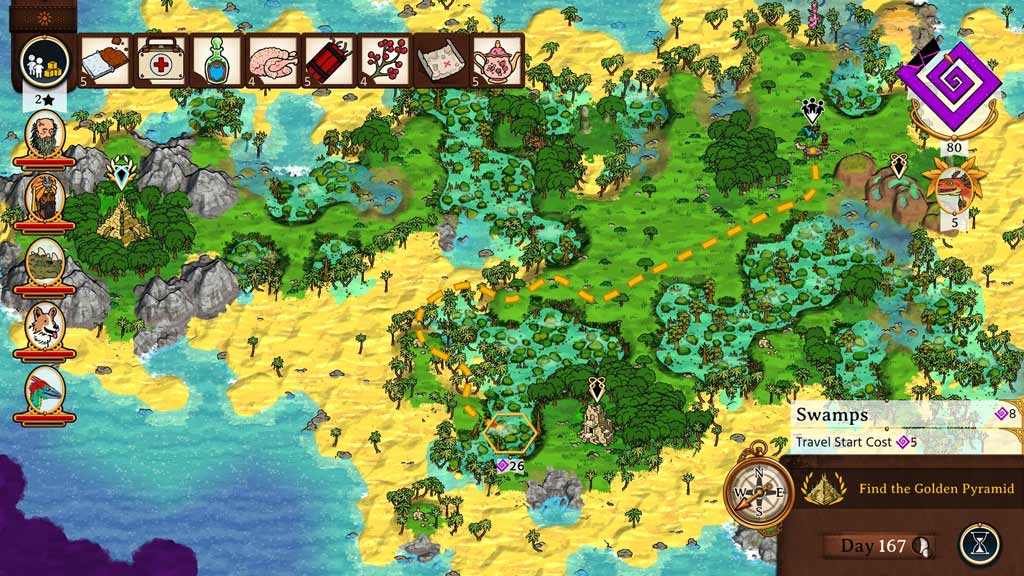 Chairman of the Board (Game)

Two destinations are usually available for your team to explore, with the trickier option offering more lucrative rewards if you can make it through the more hostile environments. Once you have chosen, you set sail and see your ship moor on an inlet and your team of miniature characters jump off and await your orders. You can point and click to any spot on the map which is visible and your crew will dutifully walk there, revealing new terrain as they go.

The main concern as you explore is your sanity level which depletes constantly as you move and more heavily on difficult terrain. Running out triggers an ‘Insanity Event’ where you or one of your crew goes temporarily barmy and something bad inevitably occurs leaving you one person down or someone with a lasting mental or physical injury or a lack of loyalty which makes them likely to wander off later on.

To combat these regular insanity events, you can plunder your limited inventory and eat or drink sanity-restoring treats or simply rest for five nights at a camp or village if you are lucky enough to see one nearby. Otherwise, you’ll get used to seeing your team struck down at regular intervals, powerless to do much other than watch as your strongest and most loyal colleague turns into a gibbering moron who is as much use as damp slipper. 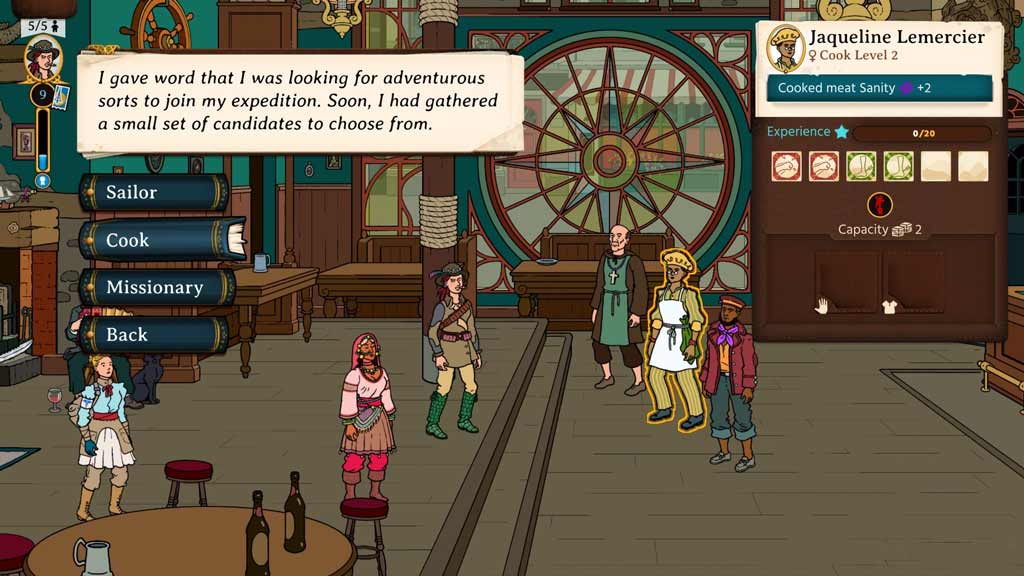 You’ll also notice wild animals / inhabitants moving around the map which you can do your best to avoid unless you fancy some turn-based fisticuffs. Should you choose the latter, you’ll be rolling dice for your team members who can then mete out justice on the hyenas / elephants / “natives” in turn until you run out of dice. Unless you’ve tooled up a soldier with a shotgun or you are being swiftly dispatched by a dinosaur, the battles are quite drawn-out affairs as you take it in turns to take small chunks out of each other with spears / claws. While the battles are initially enjoyable, particularly seeing how the dice affect each move, they soon become repetitive and one-sided and it won’t be long before you’ll be steering clear of the floating heads on the map.

Your missions on the map usually involved getting to know the locals at their villages where you can also rest, trade and butter up the Chief as well risk stealing from them with the throw of a dice. A thief amongst your team with improved skills will help avoid embarrassment and future skirmishes when the dice don’t roll your way, but I often found myself avoiding any morally unsound decisions as it was generally quite difficult warming to my team of colonial explorers. While the main mission is the discovery of new landmarks, plundering the local treasures from under the noses of the inhabitants never felt satisfying to me.

The colonial language and tone strikes a language somewhere between Enid Blyton and Ernest Hemingway and is no doubt tongue in cheek, but the graphical representations of the ‘natives’ is anything but PC, spoof or not. Left to one’s imagination, sending up colonial attitudes and behaviours in print is perfectly reasonable but then having the local inhabitants visualised as primitive tribes with rings through their noses dubiously blurs the line between mimicry and spoofery and it ends up being vaguely offensive. 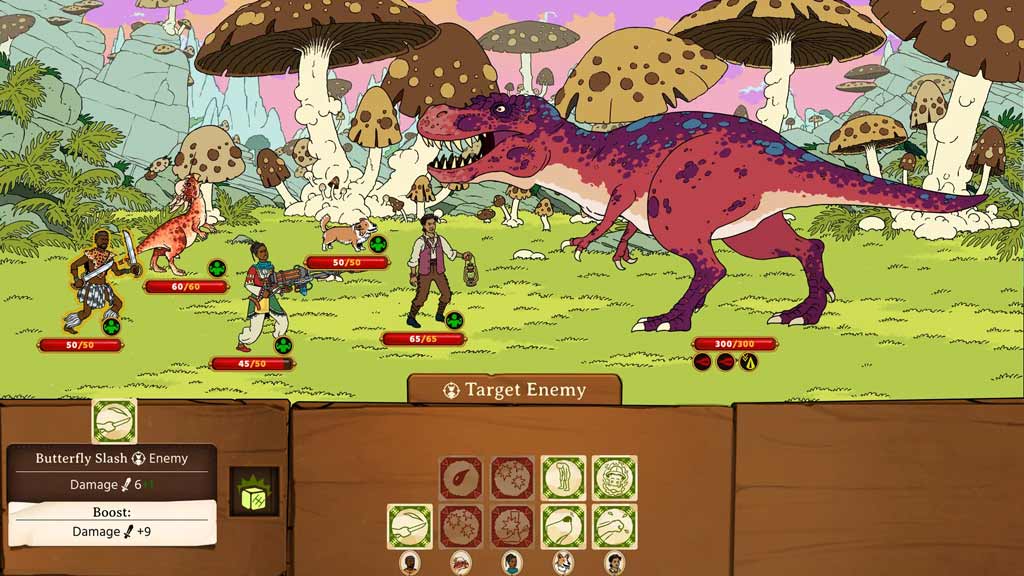 Using “Farage Vision” to overlook the strange antiquated tone and xenophobic shortcomings, I actually found Curious Expedition 2 to be an addictive and compelling game stuffed full of options, discoveries and deadpan humour. There’s a good deal of longevity here too, and not just thanks to the procedurally generated maps. Like Northerners, characters can all be ‘levelled-up’ through tuition back at your sponsor’s hub and there are a myriad of weapons, potions, tools and spells to learn and utilise on each playthrough.

The difficulty level wasn’t too steep and should your team be wiped off the face of the earth like a flock of dodos, you’ll soon be back in Paris putting together another bunch of suckers to continue the missions where you left off. Save points are automatic during the game too, along with manual saves in case you need to switch off to watch Antiques Roadshow.

With enough variety and content to satisfy anyone who enjoys turn-based exploration shot through with a sense of humour and a great art style, Curious Expedition 2 is an old-school RPG that I can recommend providing you overlook the team’s dodgy approach to indigenous tribes and colonial plundering. If it sounds as though that would leave a sour taste and the irony just doesn’t cut it, then I’d steer clear.

Curious Expedition 2 is available now on PS4 and PS5

An old-school turn-based rpg with a charming visual style, plenty of deadpan ironic humour and many hours of content awaiting discovery. Unfortunately, despite the humour, there's a strange xenophobia to the representations of 'natives' and colonial plundering which makes the whole experience feel a bit grubby. If you can get over this, there's a satisfying and deep experience to be had.