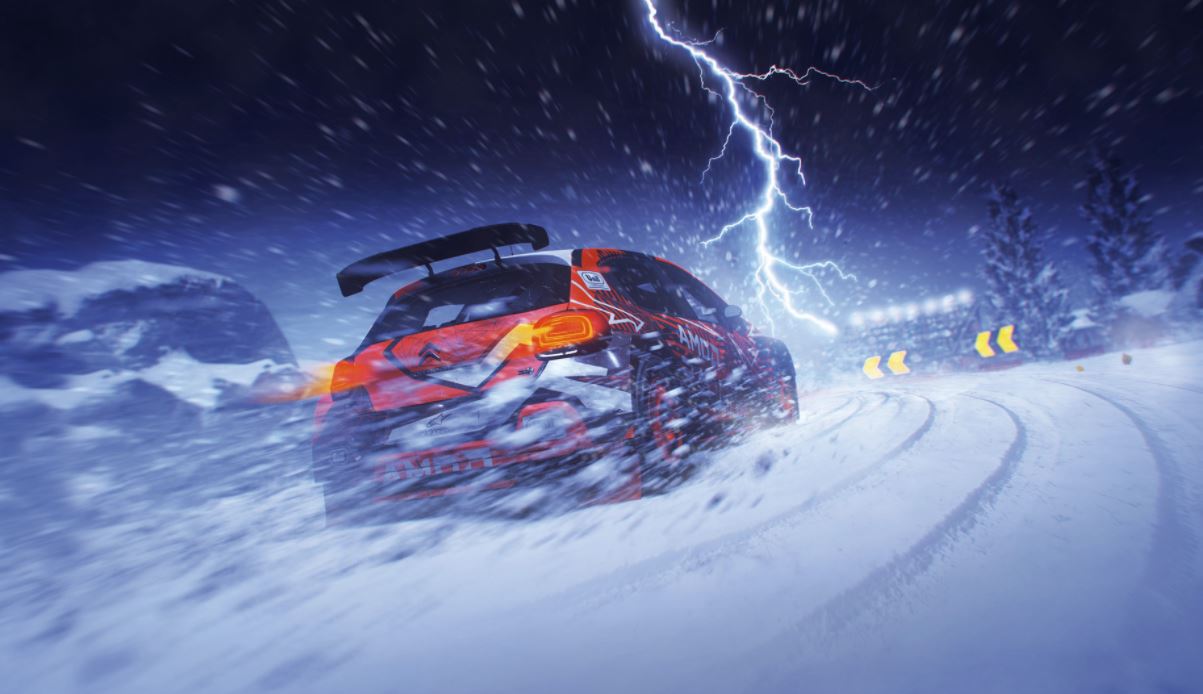 Dirt 5 PS5 Review. Though I’ve long appreciated Codemasters Dirt rally franchise for its slavish and painstaking attention to authenticity and realism, I must say that such a simulation style approach to rally racing is’t always my cup of tea. Heading up the vanguard of third party racing offerings on PlayStation 5 is Dirt 5 – a much more brazen, colorful and frankly less stuffy affair that results in a rallying effort that is more digestible and dare I say it, simply more fun than its predecessors.

Of course the eagle-eyed among you will have already noticed that we have a review for Dirt 5 on the site for the PS4 version of the game and certainly, in the first instance, I would point you towards that critique first and foremost for an in-depth breakdown of every design decision and creative nook and cranny of Codemasters latest.

In this review then, the focus won’t just be on the technical side of things as it pertains to the PlayStation 5’s wider selection of visual presets and DualSense implementation, but also how Dirt 5 fares from the perspective of someone who has not only been burnt out somewhat by traditional rally sims, but also who kinda sucks a bit (a lot) at them too.

Perhaps nothing better epitomises, on a presentational level at least, the radical shift from simulation to arcade style shenanigans than the career mode that is anchored by the spirited banter of legendary voice actors Nolan North and Troy Baker. Though their constant back and forth might well grate after a period of time, it nonetheless underscores the newfound energy that Dirt 5 boasts in spades.

That very same energy is embodied in the new race types that Dirt 5 offers to wannabe racers, too. From the fast and furious hill climb races to the mud splattered rough and tumble of the land rush contests, Dirt 5 offers a veritable smorgasbord of blistering arcade style racing modes for players to get into and I for one, am very happy that owing to this new approach, Dirt has become much more accessible to a wider audience of players as a result.

This sense of fun extends to other parts of Dirt 5’s overall package as well – and in particular the numerous party modes that the game offers. Dirt 5’s Vampire, King and Transporter modes are all entertaining riffs on the standard racing template, offering the sorts of escort and objective based game types that just wouldn’t have been possible or tonally acceptable in the previous Dirt games. Oh and speaking of multiplayer, not only does Dirt 5 support online multiplayer with up to 12 players, but it also permits up to four players to compete in local split-screen too. Neat.

Speaking of fresh features, Dirt 5 also brings the new Playgrounds mode to the table which offers something refreshingly. Essentially a stunt track creation sandbox, in Playgrounds players can fashion the sorts of stunt tracks that previously only existed in the realms of imagination, adding in ridiculous ramps, loops and much more besides.

Directly tying into Dirt 5’s accessibility is the handling and it’s here that Codemasters have given more than a commendable account of themselves. Though the pin-point, ultra accurate physics systems that underpinned the previous games have been simplified here, whether you’re wrapping a four wheel drive jeep around a mud track, or blazing up the tarmac in a rear wheel drive vehicle, each of Dirt 5’s cars are a pleasure to drive.

That pleasure is augmented by the DualSense wireless controller too, as the haptic feedback does a good job of physically conveying the seemingly consistent struggle the driver has with a machine of raw power rumbling underneath them, as they attempt to recover out of drifts and crash down onto the gravel after an especially high jump. Elsewhere, the adaptive triggers convey another part of the man/vehicle conflict as you fight to hit the breaks on tight corners and force the car into accelerating out of the other side. It certainly stands as one of better third party uses of the tech I’ve seen, that’s for sure.

There’s a real visceral veneer to Dirt 5’s races too. When you’re crashing around the mud tracks in mainland China in the first-person cockpit view, with a storm whirling overhead, rain pounding into the track and the cars ahead of you carving their own wayward trajectories into the ground while the mud splatters outward and upward from the rear wheels, Dirt 5 evokes a spectacle not at all unlike that cheeky ‘target render’ video of the original Motorstorm all those years ago.

In making the leap to PlayStation 5, Dirt 5 now boasts a variety of different visual presets that each affect the presentation and handling of the game in a number of different ways. First up, the image quality mode plays out as you might very well expect – providing improved textures, higher levels of detail, superior lighting effects and a dynamic resolution being used. It’s certainly the prettiest mode in the game that’s for sure, but in motion however copious amounts of screen tearing make it a less than attractive proposition.

For those lucky souls that own a HDMI 2.1 compliant display, Dirt 5’s 120 frames per second framerate mode will be available, though sadly, the implementation here is a little mixed. While you get the immediate benefits of a much smoother screen update and more responsive controls by proxy, the trade offs are significant to say the least, with massive reductions in car detail, track detail, trackside detail and of course, a huge drop in resolution down to 1080p.

In fact, the drop in resolution is so severe that some elements of the visual presentation can become hugely blurry a result, with the driver name text hovering above the text becoming unreadable and other details, such as the in-car driver models becoming indistinct too.

In the end, I found Dirt 5 to be a substantial breath of fresh air that applied a freewheeling spirit to the series that made it much more accessible to a wider audience as a result. Sure, the more straight-laced and longer term Dirt fans might well take understandable issue with this new approach, but as someone who has been burnt out on the relentless hardcore simulation aspects of the series, I’d say that Dirt 5 makes a decidedly fine, arcade style splash on PlayStation 5.

Though the various visual modes require some work, Dirt 5 is nonetheless a breath of fresh air for the long-running rally racing franchise that widens the audience duly and marks a commendable debut for the franchise on PlayStation 5.