Fairy Fencer F: Advent Dark Force is an updated version of the original Fairy Fencer F which released on the PlayStation 3. The guys at Compile Hearts have taken player feedback and implemented some changes to the surprise hit with Advent Dark Force, which adds different story paths, more difficult battles, and multiple endings.

Fangs For The Memories 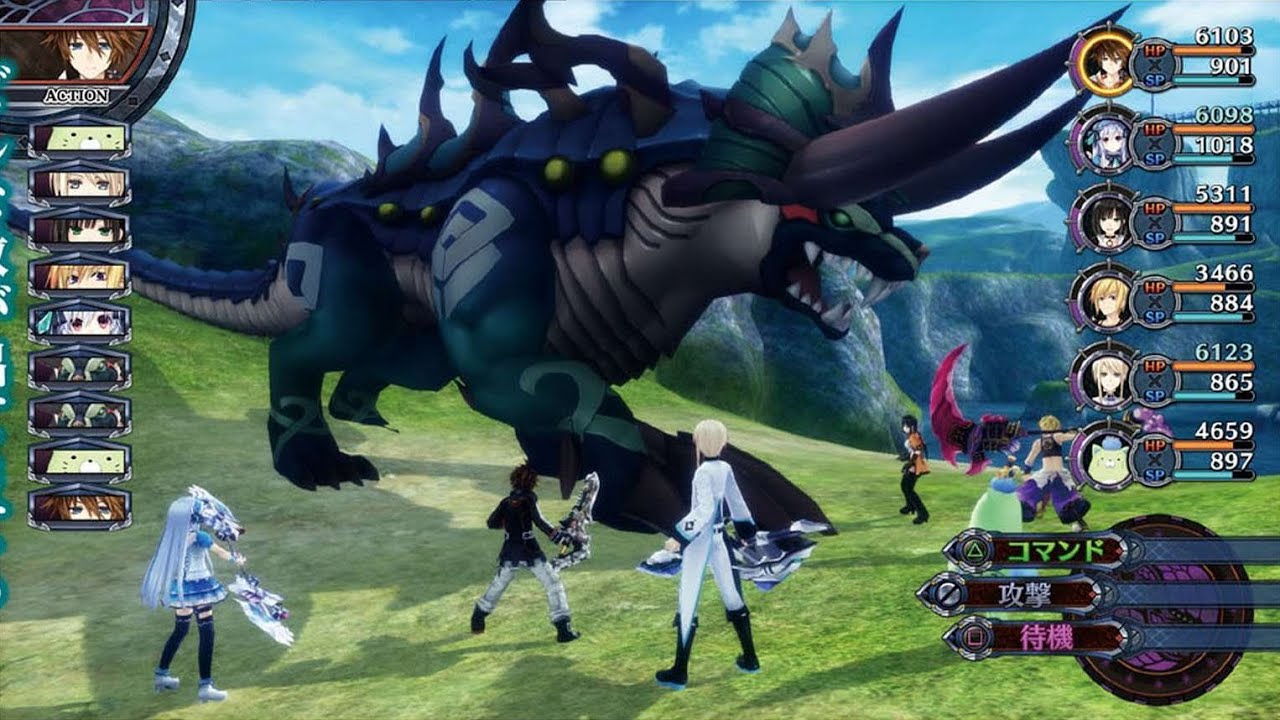 Fairy Fencer F: Advent Dark Force follows Fang, who pulls out a magical sword known as a Fury from a stone a la King Arthur. This sword embodies the life of a Fairy named Eryn. With her memory missing, Fang decides to help Eryn by resurrecting the Goddess in hopes of bringing peace to the world and restoring Eryn’s memories. Accompanied by a very unique cast of characters, Fang must decide whether to resurrect the Goddess, the evil Vile God, or neither. In the original game, players were able to resurrect the Goddess and the Vile God but resurrecting the Vile God didn’t change the outcome of the game, but with Advent Dark Force you can now resurrect the Veil God and experience a completely different take on the story; you can also choose to leave both of them sealed up. These two new directions open up the story about the halfway point, allowing you to experience a much different and unique take on the overall story. I won’t spoil anything, but after choosing to resurrect the Vile God I found that events are not as black and white as the game may want you to believe.

Some of the best parts of Fairy Fencer F are the characters. Each one is full of personality and hearing the banter between them had me laughing out loud. It’s even better that most of the dialogue is voiced with some good voice acting.There is plenty of dialogue in the main story, but some of the best stuff comes from personal conversations you have with your fellow band of misfits.

Another change to Advent Dark Force comes in the form of the battle system. The biggest change now allows up to six party members to participate in battle rather than the three in the original game. At first I thought this was going to be problem, but the battlefield is open enough to compensate for the extra characters and enemies that appear. With the increase of party members, Compile Hearts has gone and made the game a lot tougher than the original release, but it’s still not as difficult as other RPGs out there. Another addition comes in the form of allowing some new party members to join your team depending on the story path you take. Thats right, some of the villians you faced in the original game can now join your party. Compile Hearts has also included new skills and abilities to learn which is always a plus.

The game’s combat may be its strongest point. Instead of simply just attacking, you are given the ability to unlock combos which allow you to customize the attacks you will execute after each hit. This leaves a lot of openness to how you proceed in combat, especially when it comes to the types of enemies you encounter as some of them are weak to certain attacks, such as flying enemies, which can sometimes only be hit with high or chasing attacks. Fairy Fencer F allows you to change the dynamics of the dungeons you are exploring. As you play the game, you will find new fairies that will add bonuses to your characters if equipped and if you choose to pull swords out of either the Vile God or the Goddess, you will unlock the most powerful Fairies for your use. Besides receiving bonuses for your characters you can use these Fairies to alter how dungeons are tackled. By implanting a Fury into the location you are exploring you can give your party increased XP gains or double your attack power, you can even change the enemies that appear, but be wary as each one also adds negative effects to your party. It’s also important to note that after collecting dozens of Fairies most of them become obsolete. Even the state boosts they gave just weren’t worth having as you become so powerful that the bonuses don’t really matter and others just offset each other.

Graphically the game hasn’t really changed from the PS3 version. It still holds up at least with the anime portraits during conversations, but the rest of it is filled with plain, open environments leaving it looking like something you will find on the PS Vita rather than a PS4. It’s an issue that I had with the original release and one that wasn’t really addressed with the re-release. 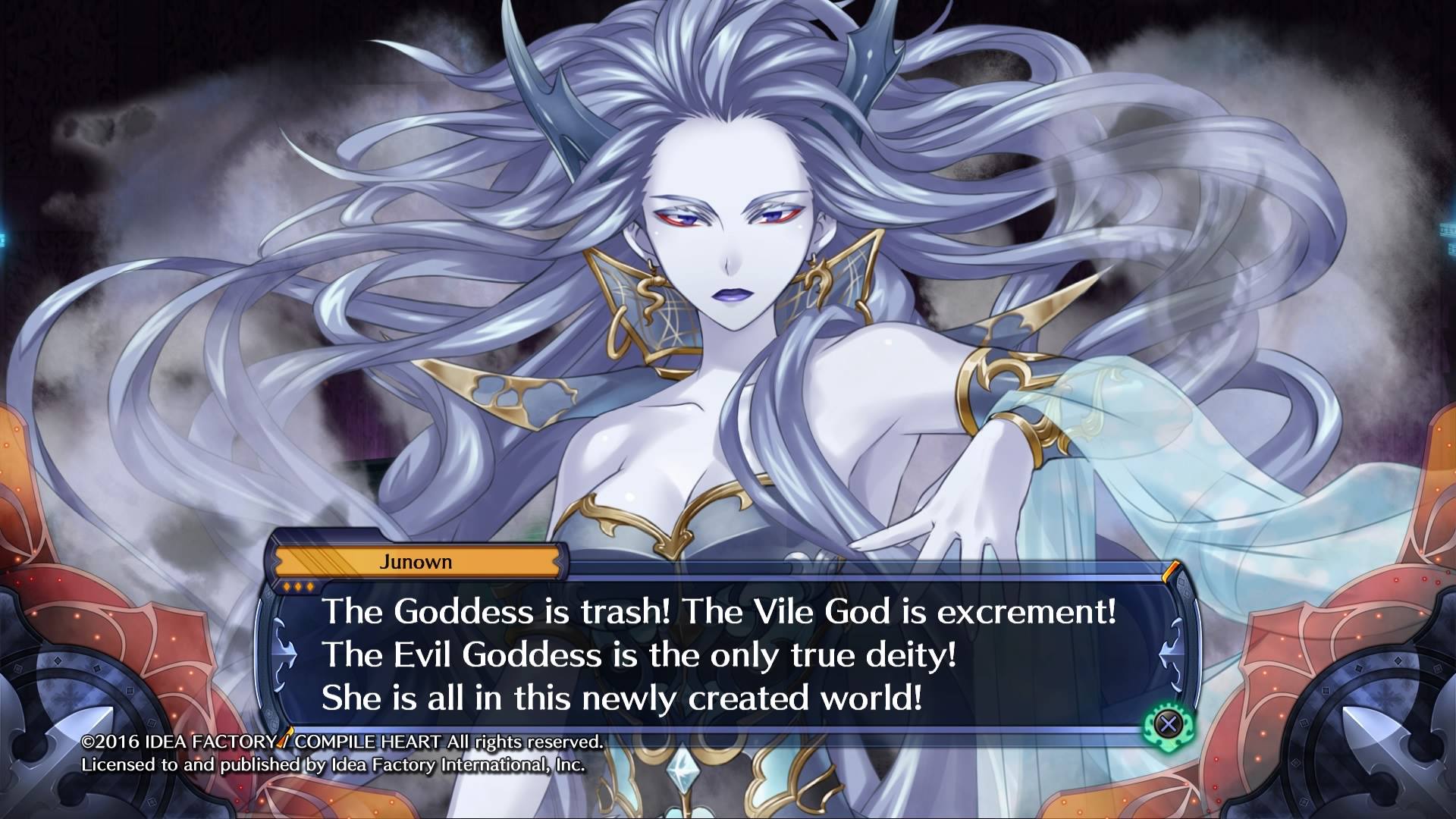 Other issues include the game’s horrible side-quests. By visiting the pub you are able to collect side missions for the various dungeons and locations you visit. The problem with this is that once you finish them you can grab them again, and again, and again and they just repeat and repeat. There are plenty of them, but they don’t really add substance to the game. They all consist of fetching an item, killing a certain number of enemies, or collecting items. These quest were boring and tedious. Once I completed them, I didn’t do them again unless it was for a reward item that I really needed.

Fairy Fencer F: Advent Dark Force added much needed and requested changes, but not everything seems to have been addressed with this re-release. The different paths you are able to take add more depth to the already well told story. Compile Hearts has once again crafted some great characters and a good combat system that allows you to customize your own move sets and attacks. It’s just a shame that the game’s graphics haven’t been improved from its initial release and don’t even get me started on those terrible side quests.