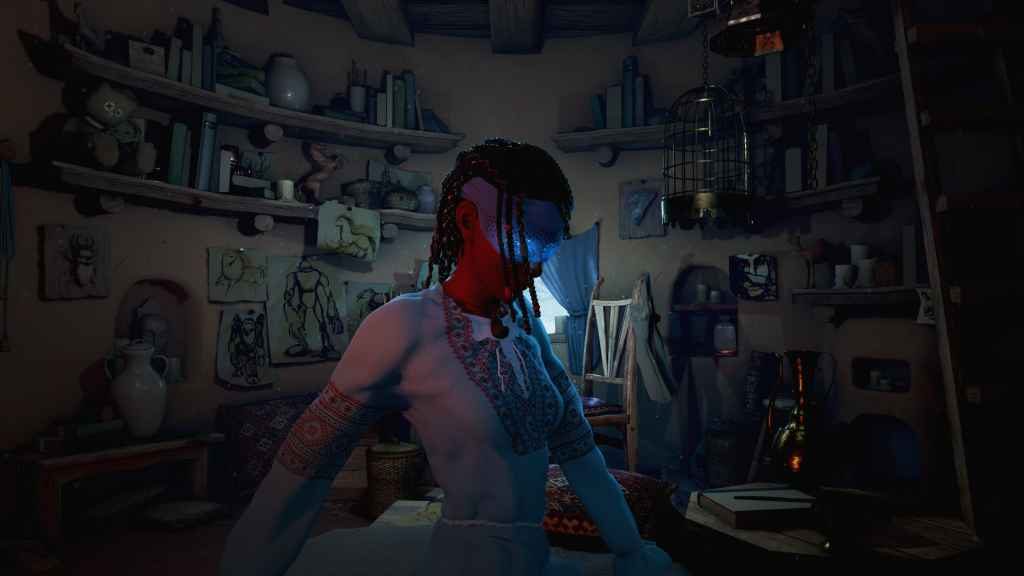 When I was a boy, I was on a hiking trip with my family. We were hiking along the edge of a cliff overlooking a hundred-foot drop to the gorge below. I was unconcerned with safety, dancing and playing with my sister, and before I knew it, my feet got tangled in a root and I went over the cliff. Before I knew what was happening, a hand shot out and caught my jacket, dragging me back up to safety. I should have been dead, but my dad had thrown himself to the ground at the edge of the cliff and saved me.

True story, but what on earth does this have to do with Golem? Well, in this metaphor, the PSVR game Golem is me, plunging off a cliff into unplayable-game obscurity upon release. And my dad represents the devs at Highwire Games, throwing themselves at the problem with abandon, and dragging the game back from the brink with hard work and an amazingly effective patch.

A Bit Of Sweat And Polish, And Golem Is Back In Business

Soon after release, I was ready to submit an extremely negative review when I got wind of the imminent patch. After some discussion with PSU’s editorial staff, we decided to wait to review Golem, and I’m very happy we did. This decision allowed me to see the game before and after Patch v1.02, and the difference is stunning.

Overnight, Golem went from being a game that I found nigh unplayable, to being a solidly tense and challengingly unique dungeon crawler. This patch didn’t change the core of what Golem is, but rather it took the game from being an unbearable torture to being, dare I say it, enjoyable.

Whereas before the patch I was unable to stomach the movement system or competently stand and battle, I am now whirring comfortably through Golem’s beautiful world, seeking out secrets, and…well…still not 100% competently standing and battling, but I’m at least on even ground with the rest of the player base.

The addition of the new left-handed mode and the ability to adapt the motion system to something that is more workable for my physical situation is a testament to Highwire’s commitment to accessibility and inclusiveness. And it is much, much appreciated. The ability to turn off the bewildering peripheral environment and the responsive motion-based turning has made an enormous difference for Golem.

But Enough About The Patch. How Is The Game?

How is Golem now that I’m able to engage with it fully? Well, it’s actually pretty great. I love the exploration aspect of the game, which has players seeking high and low for story-based collectibles as well as weapons and goodies. The battle system, while still a little wonky, feels much more fair and reliable.

But let’s back up a little bit and explain what this game is all about.

Players take the role of Twine, a young lady descended from a family of “dreamers.” Bed-ridden after an accident (if you haven’t had it spoiled for you yet, avoid watching the extensive opening sequence), Twine discovers that she shares her family’s ability to control Golems – giant stone statues – with her mind.

Twine sets off into the forbidden ruins of a nearby city in the body of a Golem – using the creature to go where humans are unable to tread. Along the way, she discovers historic secrets, and learns her place in the world. She will also battle other Golems (and other, inconsequential enemies) scattered about the city, liberally.

Gameplay-wise, players take their Golems on runs into the city, searching for secrets, weapons and goodies, which are magically teleported back to Twine’s workshop. Whenever a Golem is destroyed, Twine must start back at the beginning, equipping her Golem with stuff from her stash. Along with weapons, Twine can equip different gems – which power the Golems and grant special abilities, and masks – which give access to otherwise locked doors.

As the player slowly powers up and gains new masks, they unlock areas of the city. Players will ultimately become intimately familiar with the city’s layout, unlocking shortcuts along the way. Each new run leaves previously unlocked areas open, but it also resurrects any Golems that Twine has defeated, making those shortcuts very important.

I must say, after getting my hands on Golem with the new controls, I absolutely adored the exploration aspect of the game. Strangely, Golem reminded me of my beloved, long-lost King’s Field series – creeping through an abandoned city, looking for secrets, terrified of battle but occasionally forced into it.

And battle is indeed terrifying. Facing down rogue Golems, Twine must defend herself by blocking every incoming blow, waiting for an opening to strike. Golems telegraph their intentions well ahead of striking, but the player must still pay ridged attention to blocking, as some enemies can one-shot Twine, sending her back to the workshop to start all over again.

You Are Going To Die – And That’s Okay

It has been quite a while since I played a game that had me this locked in when going into battle. The stakes feel very high, and losing is a bummer, so every round of combat feels remarkably tense. When approaching a Golem, players must be very careful.

With the control configuration I chose, I used a DualShock on my lap to move backwards and forwards with the analog stick, while relying on the face buttons on the Move Controller for turning. Removing movement from the Move Controller allowed me to fully concentrate on blocking with my dominant hand, using my off hand to retreat if needed. This was an amazing improvement over the standard out-of-the-box configuration.

Much has been made of Golem’s difficulty – both the frustration of dying and the failure of hit detection to properly register blocks – which can send less adventurous players running for the hills.

It must be acknowledged that the hit detection is indeed still a problem – if you play Golem you should accept that you will occasionally feel screwed over by the game. But it really isn’t as bad as you might think.

When I got killed, I was often on the verge of trashing my current Golem to go back to the start for new equipment. Dying is built into the structure of the game. Indeed, you must die fairly often to progress. Once you accept that fact, dying feels much less punishing. And through regular play, you should have plenty of goodies to equip your next Golem with fun new gear to try out.

Dying in Golem also inspires that “one more run” feeling. I had a hard time stopping, even when I had pressing stuff to do. If you let this game get its hooks in you, you may be hard pressed to put it down. Golem is a case study in expectations vs. reality. Once you allow yourself to get on Golem’s wavelength, you will find yourself grooving along with it.

Golem is not a perfect game, and I’m not surprised that at release the game was maligned as harshly as it has been. But Golem is a game that is now massively improved, and it deserves a second look from the gaming community. Yes, the game could use some UI work, and figuring out how to interact with Golem requires some patience. But once it all clicks, you might be surprised to find that Golem is a pretty great game. I know I was.

Golem is now available on the PlayStation Store.

Golem is a video game redemption story – saved from the brink by a patch that cleared up many of the game’s release problems. What is left is a fascinating game of exploration, punctuated by hardcore, visceral combat. With atmosphere to spare, Golem delivers a unique experience unlike any other on PSVR. Recommended for patient, thoughtful players that enjoy a challenge (and don't mind a lot of repetition).