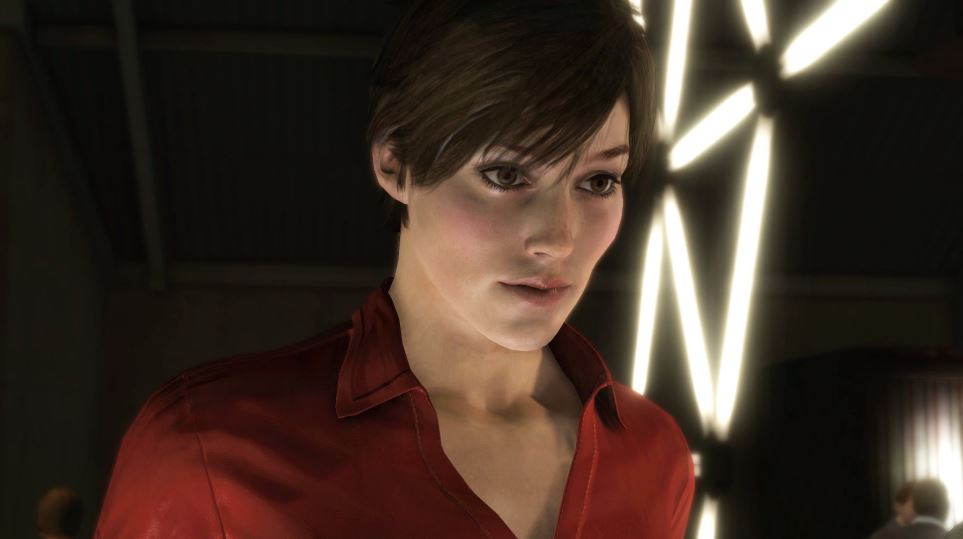 It’s bad enough that it’s absolutely pissing it down outside, but when there’s also a serial killer on the loose who gets his kicks from drowning young boys in five inches of the wet stuff, you know the forecast isn’t going to be good. As grim as its title suggests, Heavy Rain and its murky narrative may well be enough to make a grown man weep, but Quantic Dream’s interactive thriller is as compelling a video game now as it was on its first release.

When Heavy Rain poured onto PlayStation 3 back in 2010, there was little doubt amongst critics that the brains behind the unique paranormal action-adventure, Fahrenheit: Indigo Prophecy, had created a piece of interactive art that would still be talked about in years to come.

Heavy Rain offered something totally unique for the console crowd, pushing the medium with its immersive narrative and compelling characters, while harnessing the power of the PS3 to deliver a cinematic experience that stayed with you long after the final credits rolled. Heavy Rain didn’t just look great, but it managed to emotionally engage players and cause them to question their own morals at a level that few other games have ever achieved. In the PS4 remastered version of Heavy Rain, which can be bought separately or as part of a collection with Quantic’s other moody interactive adventure, Beyond: Two Souls, the narrative and general gameplay remains untouched, yet the PS4 shines a new light on the award-winning drama by managing to make it look even better than it did first time around; no small feat when Heavy Rain was considered to be one of the best-looking titles on PS3.

With the resolution pushed up from 720p to 1080p, the mo-cap work is taken to new heights with stunning facial animations that are eerily life-like, while improvements to shadow and lighting effects increases the visual impact of environments to make the deathly journey even more intense, gripping and scarily real than before. For that reason alone, Heavy Rain is worth revisiting, and even more of a treat for those who have yet to sample its grisly delights.

Having already reviewed Heavy Rain on PS3, I’m not going to go too much over old ground here – this is essentially just a better looking version of exactly the same game – but it is worth reminding new players, or those who wish to revisit the serial killer flick, what all the fuss was about. Taking place from the viewpoint of four different playable characters, there’s a serial killer kidnapping young children, drowning them in rainwater and then dumping their bodies near to rail-tracks. It’s as dark as it sounds, with the heart-breaking story of one of the main characters, Ethan Mars, kicking off the misery with a lengthy prologue that sees him lose one child in a car crash, and then have the other one kidnapped. It doesn’t get any cheerier either, especially when there’s life and death choices within your hands.

When the investigation kicks off proper, you discover that the killer places an origami animal in the hands of its victims, covers their faces in mud and leaves an orchid lying on their chest. Like any stereotypical movie serial killer, the ‘Origami Killer’ also likes to leave clues to tease the police and Ethan, which sends the narrative spinning off in a surprisingly twisted direction.

Heavy Rain is essentially an interactive adventure with a chunk of the gameplay involving quick-time-events (QTEs) where players have to respond quickly to the corresponding signals on screen, twisting and shaking the DualShock 4 (DS4) controller, or manipulating the right thumbstick in the prompted directions.

In the various guises of a victim’s father, a detective, a member of the FBI, and a chronic insomniac, you’re essentially tasked with piecing together the clues by interacting with almost everything you encounter, and then responding like your life depends on it to the scripted, intense and dramatic QTEs that can kick in at a moment’s notice, and often involve violent clashes. Heavy Rain is at its best when these fast-paced sequences erupt the calm, providing heart-thumpingly tense moments that contrast dramatically to the game’s otherwise slow-pace. In between those intense QTEs, players spend most of their time listening to their own thoughts or deep in conversation with other characters, choosing how to question people or answer them as the story slowly unfolds.

Clever cinematography techniques add depth to the cut-scenes and bring conversations to life with camera angles often switching to deliver a different perspective, but it’s when Heavy Rain focuses right in on the realistic facial expressions that you really get sucked in by its cast of creepy characters. The increase in resolution and improved lighting serves to make that even more poignant in this latest version.

It could be argued that Heavy Rain takes things a bit too far with its intense levels of interaction, which can occasionally border on the mundane. Whether you’re opening the fridge, brushing your teeth or rocking a baby to sleep, there’s a specific action for it that you have to replicate on the DS4. At times, this can slow things down to a snail’s pace when you just want to move on and unravel the next piece of the mystery. Having played Heavy Rain for the second time now, however, I can see (even more so now) how these repetitive actions are there to add context to situations and build things up, giving you an insight into the normal lives of the characters while developing relationships between them before throwing a curveball in to send you reeling. Yes, the constant interaction does get a little too much at times, but it sucks you into its gameworld, making you feel incredibly engaged with the narrative (apart from the weird nappy-changing scene).

Despite high praise for Heavy Rain’s morbid storyline, impressive cinematography and unique gameplay, it’s somewhat disappointing that it hasn’t quite been given the tender love that it deserves in certain areas of this PS4 version. There’s still some occasional issues with lip-syncing being out-of-sync with the audio, and even a total loss of audio during a section of one of the later scenes. Crowd animations still look sloppy too with characters clumsily walking into each other or the scenery and generally moving in a robotic and stiff manner – the same applies to the restricted movements of the main characters outside of the close-up shots.

Glitches still rear their ugly head too – Ethan’s face once twitched like he was having an epileptic fit and bodies just disappeared in the midst of a fight during the finale – but they are so infrequent that it barely impacts on the overall experience.

When all is said is done, there’s no question that Heavy Rain is still as powerful as it was when it first launched. Setting a new benchmark for interactive games, it tries things that no other game has done before, and though it isn’t always perfectly paced and still suffers from minor technical issues, it strikes you as something rather special once you get passed the rather slow build up.

The atmospheric pitter-patter of persistent rain, the meaningful choices that are dangled in front of you, and the dramatic set pieces, certainly see to that, while its cast of kooky characters rarely fail to impress. Despite playing it through for a second time, it says a lot about the impact of Heavy Rain that I still feel emotionally moved by its powerful themes, and that once again I’m found pondering: how far would I go to save someone I love?

Heavy Rain is out now on PS4.

Heavy Rain looks fantastic on PS4 and still has the power and sophistication to leave a lasting impression. Despite not fixing the glitches and awkward, robotic crowd scenes for this remaster, Quantic Dream’s interactive drama is an absorbing experience not to be missed.