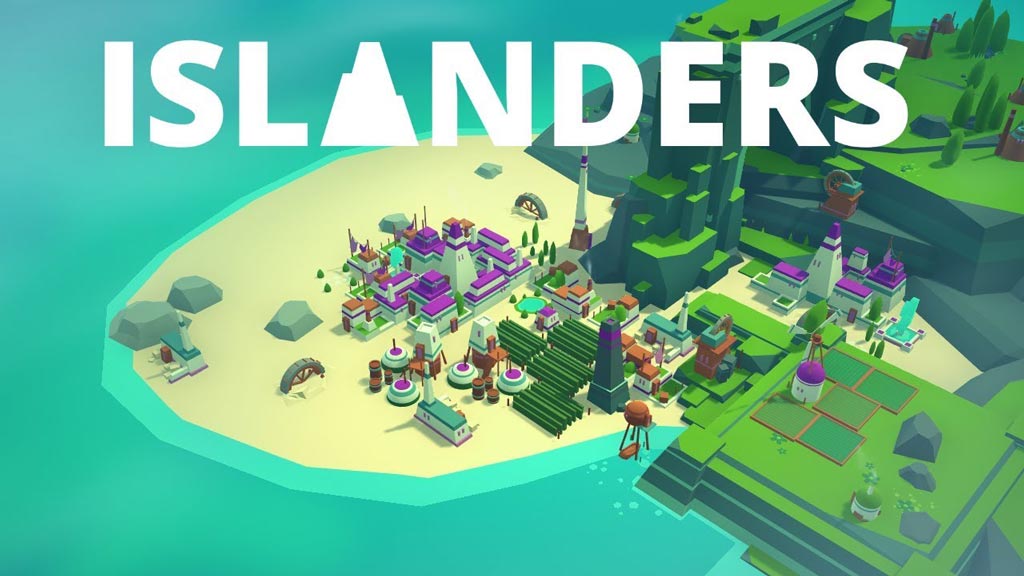 Islanders: Console Edition PS4 Review In-breeding is not just a problem for the aristocracy who like to ‘stick to their own’ to ensure their blue blood isn’t watered down by a stray peasant. It is also rife amongst island communities where it is common for a widower to marry his own daughter when all other single women are taken. The big eared children on the farms are often testament to this and this genetic concentration was an aspect of ‘Islanders’ that I was looking forward to exploring, having lived on the island of Portland, Dorset for several years back in the nineties.

But do the inhabitants of Islanders with an ‘eye in the pot’ give strangers a shifty look or are they happy to see ‘grockles‘ who might potentially widen their dangerously shallow gene pool?

Well, there are no inhabitants on any of the islands where you build your mini metropolises so either the name of the game is ironic or the Berlin developers Grizzly Games didn’t latch on to this exciting opportunity to fill a gap in the market.

Islanders is in fact only a city builder on the surface and more of a gentle puzzle game which just happens to take place on a variety of idyllic or inhospitable islands. The simplicity of this game is part of its appeal, with bite-sized levels which are perfect for dipping into when you’re strapped for time. However you’ll find it difficult prising yourself away as the beauty of the game mechanic is highly compelling. 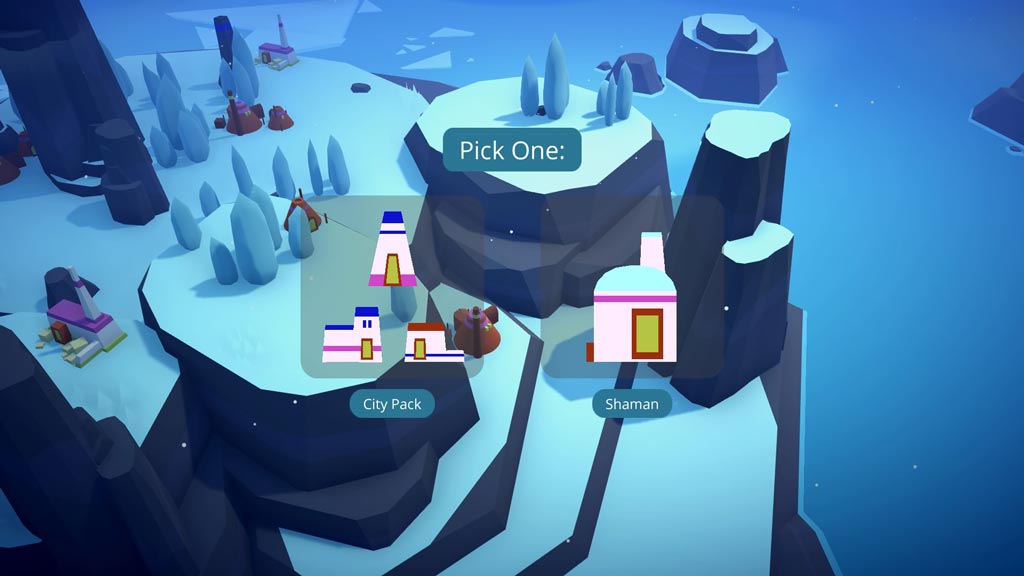 Most gamers will err towards the ‘High Score’ option on the main menu (as opposed to the self explanatory ‘Sandbox’ mode), which requires you to hit score targets in order to open up more buildings with which to expand your island industry and town. Targets can be reached by maximising the score for the positioning of buildings, with the score handily increasing or decreasing as you move items around the island. Each item has a guide in the top right which shows where the highest scores can be attained along with where you are penalised, for instance placing a circus big top next to the city centre (a big no no) or common sense choices such as placing lumberjacks near trees or fields next to farms.

The majority of your choices don’t require a great deal of brain power; just some common sense in anticipating where you’ll need the most space (for instance around your city centres) or where to place sandpits so as not to cancel each other out if they are placed too close. These initial choices will impact on how long you are able to keep expanding your island industry, and simple choices like leaving space around your city for lucrative items such as parks and fountains will soon become apparent. 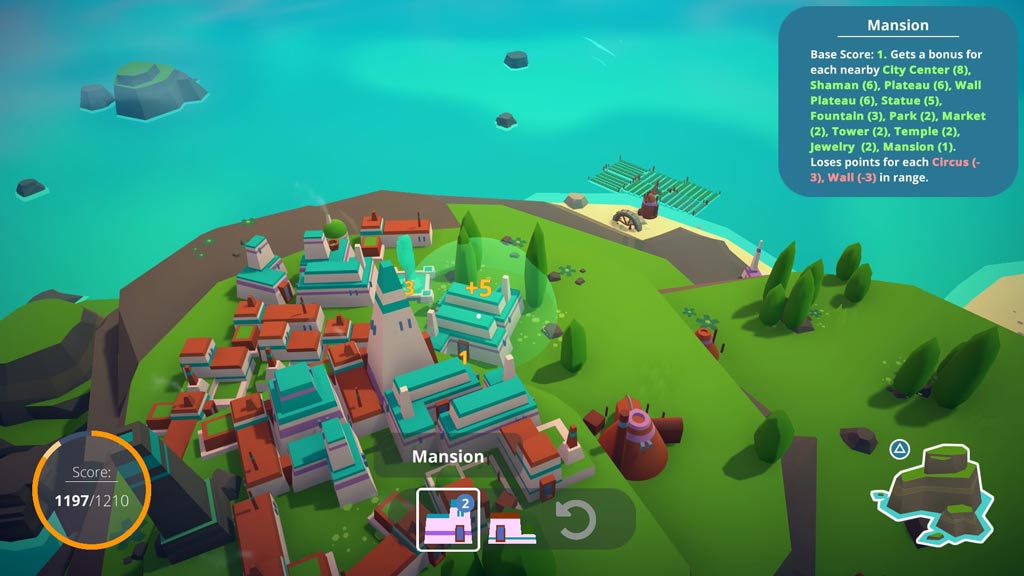 Plonking buildings down anywhere without keeping an eye on your score will mean that you run out of new buildings before your target has been met. Once you hit your target, new buildings appear in a choice of two types (eg. Farming or Fishing) and you can then choose how best to proceed with what the procedurally generated island has given you to work with. If you miss your target, it’s game over and you’re back to zero with a new island. Continuously hitting targets fills a bar overlaid over an island graphic which you can then trigger once full to whisk you off to a fresh challenge.

With each new island comes the opportunity for higher scores and wider expansion and with this comes a steady drip feed of new buildings such as towers, warehouses and monuments with which to enrich your island and your scoresheet.

The bright low polygon presentation perfectly matches the chilled and simple gameplay, and the total absence of frustration combined with the in-built philosophy of ‘it’s OK to fail, just try again’ endears the game to anyone who needs some rewarding escapism that is simple to control and easy to dip in and out of. 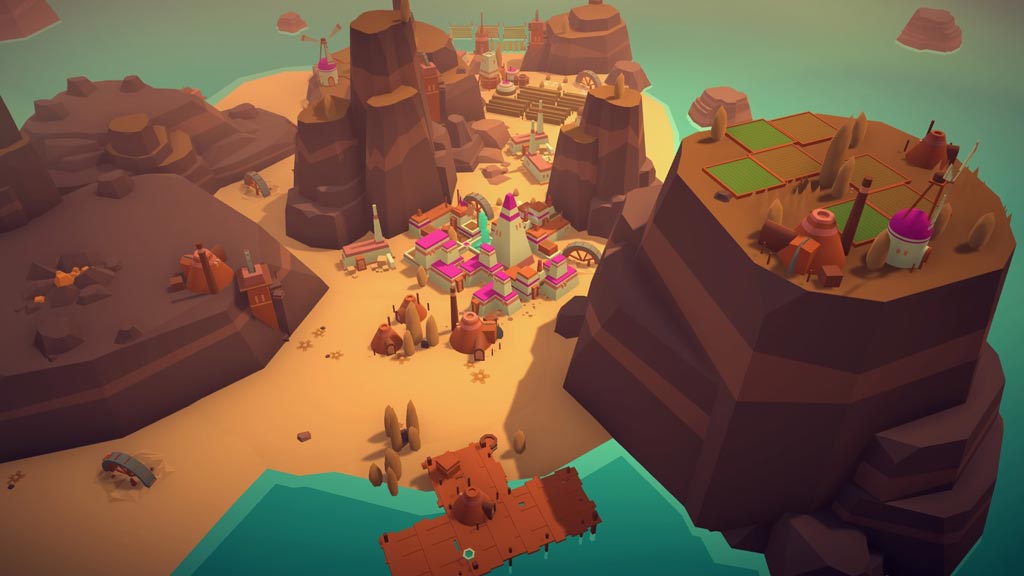 The only criticism which occurred after quite a few hours of play is that the islands never come to life, but instead they feel like mere placeholders for buildings which are forever absent of people, transport or roads. Even some simple animated characters to busy themselves among the industries and buildings would have enlivened the experience and enamoured the islands with life irrespective of the fact that you never get to know about their happiness or the profits.

But as I mentioned earlier, Islanders is primarily a puzzler in the style of a city builder and if you keep this in mind, you’ll be a very happy island god who won’t be able to resist coming back for just one more go.

A breezy and relaxing puzzle game hidden within the veneer of a city builder which just happens to be highly addictive and rewarding despite the lack of visible Islanders. Easy to pick up and hard to put down, Islanders will appeal to anyone who enjoys meditative gaming.