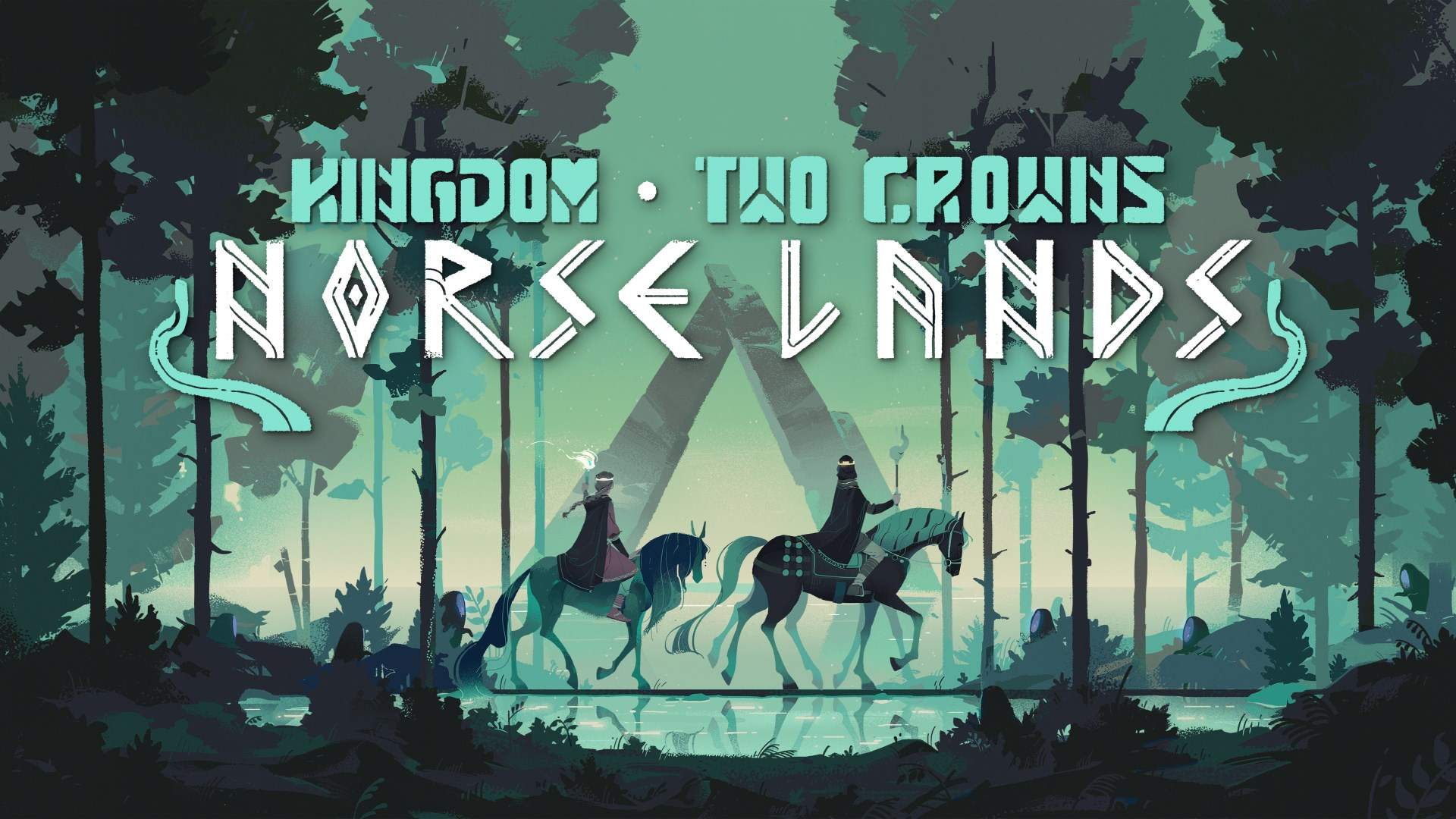 Kingdom Two Crowns: Norse Lands Review (PS4) – Be whisked away into a beautifully crafted pixel-art world inspired by 1000 C.E Norse culture in Raw Fury’s latest expansion for Kingdom Two Crowns: Norse Lands. If you’re new to the series, the Kingdom games are a mix of survival, strategy and exploration. You find yourself shipwrecked on mysterious islands and you must recruit citizens to help build your base and defenses to thwart nightly attacks by the evil Greed.

Kingdom is a series I’m familiar with. I bought the original Kingdom, now named Kingdom: Classic, back when it debuted on Steam in 2015. I played countless hours of the original, as it was just a single procedurally generated map and the goal was to survive as many days as possible.

Then came Kingdom: New Lands in 2016 which added the ability to build a ship and move around to various islands, each providing new things to discover and unlock. My wife and I played the first two entries quite a bit. I picked up Kingdom: Two Crowns when it released in 2018, but never got around to playing it as much as the previous titles.

Now with the release of the Norse Lands expansion, I’m jumping back into the Kingdom: Two Crowns. So far, my experience with the game has been great.

Introduction To The Kingdom

First off, I will say that I love that Kingdom: Two Crowns Norse Lands offers multiplayer and split-screen couch co-op. The first night of booting this up, my wife and I played well into the night. The game is so immersive that you lose track of how much time has passed.

Also, having another ruler galloping around collecting gold, upgrading the base and recruiting vagrants from the depths of the forest makes micro-managing things a lot easier. We were able to complete the first few islands pretty quickly and had a lot of fun collaborating and strategizing together.

The general mechanics of any Kingdom game is to use your ruler to explore the procedurally generated island in search of beggar camps to recruit citizens for your town. You can then give these citizens jobs, whether it be an archer, builder, vanguard, farmer and in Norse Lands, a Berserker.

You use your ruler to upgrade defenses such as walls and archer towers and build resource structures like farms. In addition, each island will contain a few upgrades you can access through using gems and gold. These upgrades can include faster or better mounts. Hermit camps which can build better defense upgrades. As well as, statues or relics that contain various bonuses.

The goal is to secure each island. In Norse Lands there are six islands to conquer. Each night, monsters known as the Greed spawn from portals within the map and will attack your base. Every 16 days represents a new season, cycling through Spring, Summer, Fall and Winter. Winter is typically the hardest season to survive as many of the income sources you rely on like farming become unavailable.

Also, at the end of each season, there will be a Blood Moon. These Blood Moon events trigger more difficult Greed to spawn and attack your base. However, once you feel you’ve secured your island, you can rebuild your ship to sail to the next island. You can also visit previous islands to unlock missed relics or upgrades.

Just be sure to build a lighthouse on each island before setting sail, because returning to an island without one will often lead to your ship being shipwrecked again. 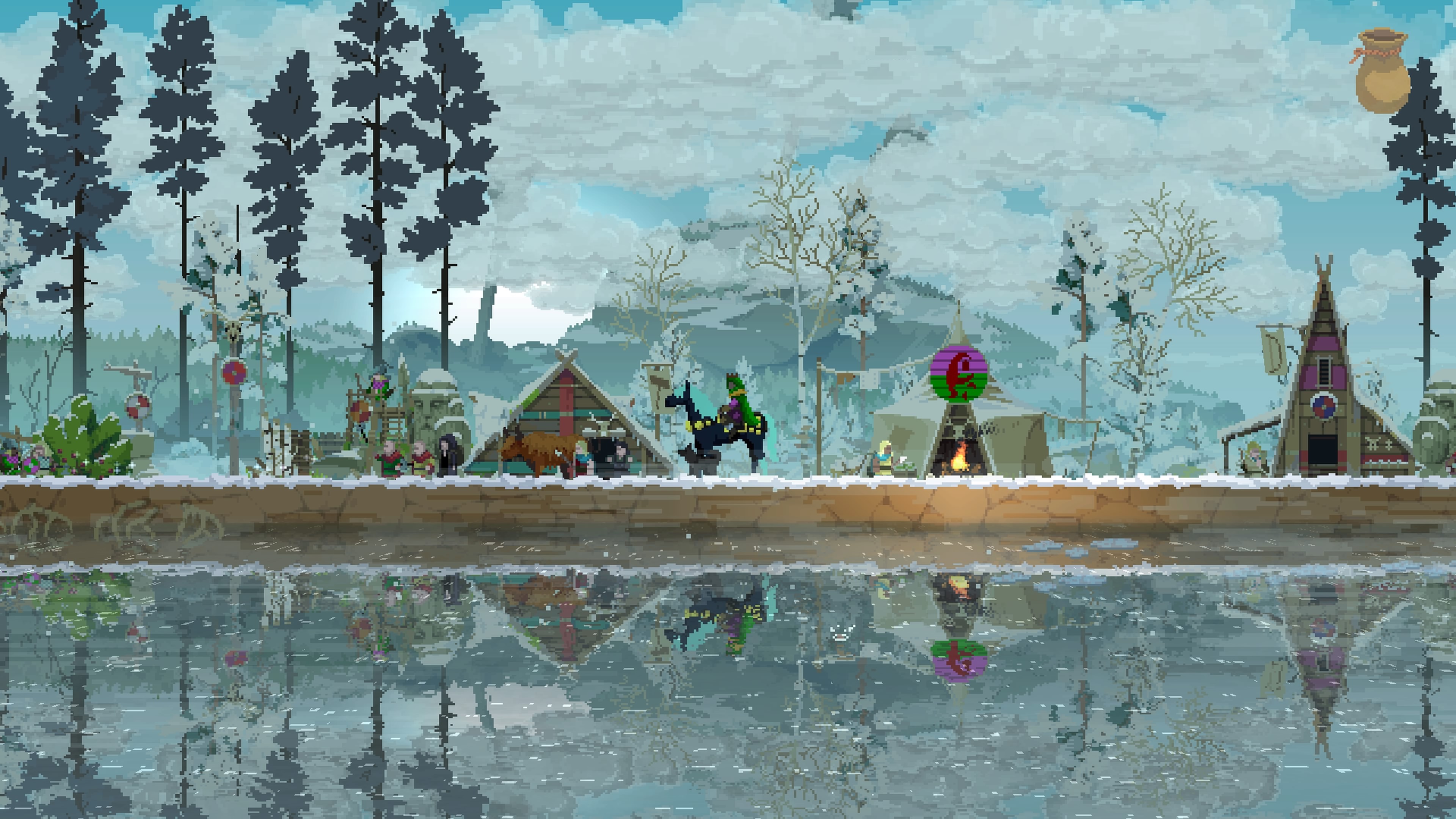 In Norse Lands, the changes are mostly cosmetic to resemble Viking era lands and culture. Moose replace deer, squirrels replace rabbits, and a brewery replaces the bakery. The overall artwork for the village, forests and weather for each season has seen an overhaul as well to parallel Norse lands.

There are even new choices in steeds and pets which you can obtain, each providing different perks. My favorite mount so far has to be the chariot led by two giant cats.

Often the difficulty comes from the steep learning curve as there aren’t really any tool tips or guides on what each building, relic, or steed does. You learn through discovery, and once you’ve had multiple play-throughs you can optimize your strategies.

I feel like this is one of the great things about Norse Lands, but can also be frustrating for people new to the series. If you are patient and don’t mind restarting several playthroughs, you’ll get countless hours of entertainment from the game.

In addition to the cosmetic changes, Norse Lands introduces a few new villager jobs, pets and mechanics to the game. You gain access to a brewery, which replaces the bakery, and acts as an auto-recruiter for vagrants in the forest.

All villagers, despite job allocation, will act as defenders. Furthermore, you can recruit a new type of defender called a Berserker which will leap out beyond your wall defenses and land devastating blows to oncoming enemy waves. These Berserkers are extremely helpful in defending your town, especially during Blood Moons.

Speaking of Blood Moons, the Greed will spawn all new types during these events. In Norse Lands you will face foes like giant crabs. These giant shelled creatures will unleash catastrophic damage to your walls.

In later islands, you will face increasing tougher Greed during normal nightly attacks. So be sure to invest in a decent size army. 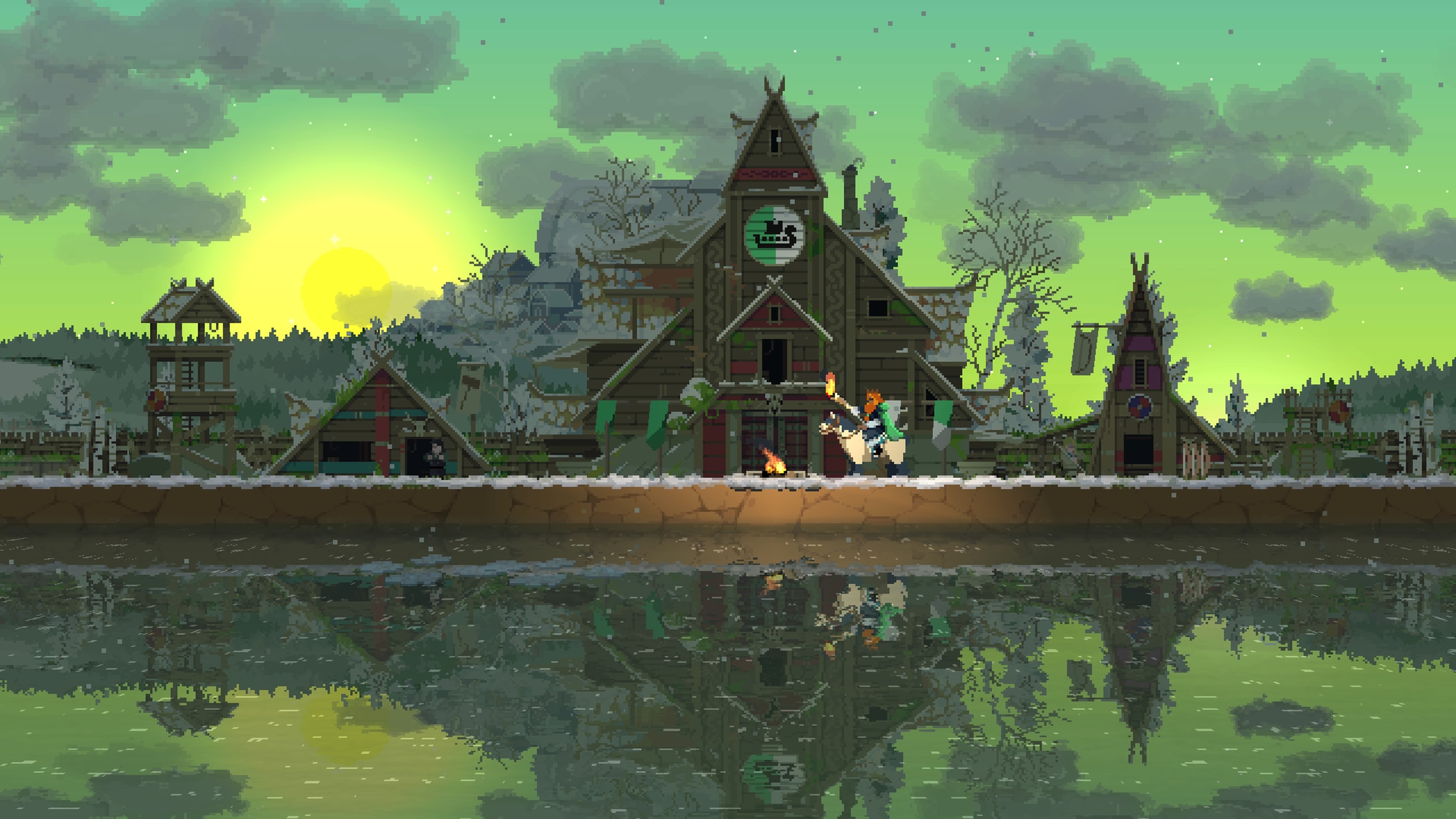 A Pixel Art World Worth Exploring

The developers at Stumpy Squid and Fury Studios have provided one of the best pixel art worlds to date. Norse Lands features beautifully handcrafted vistas. From the shimmering reflections in the water to tall thick forests that change with the seasons. You’ll notice the forests feel denser too compared to previous entries. The developers added more layers to the trees to resemble the feel of forests you’d find in Sweden or Norway. A subtle touch that adds to the overall atmosphere of the game. The character sprites and animations are wonderfully done as well.

In addition to the charming visuals, Norse Lands includes a delightful and dreamlike soundtrack. I’ve always been a fan of the music in the Kingdom series and Norse Lands doesn’t disappoint. If you’re going to spend untold hours playing, you want music that amplifies the experience. Norse Lands delivers on that with a mythical and inspiring soundtrack featuring Viking horns, drums, and hymns.

I highly recommend checking out Kingdom Two Crowns and the Norse Lands expansion. Fans of base building strategy games and pixel art indie titles will find a lot of enjoy here. Not only is there a lot of content explore, but you can enjoy it with a friend online or via couch co-op split-screen.

Kingdom Two Crowns: Norse Lands is out now on PS4.

Norse Lands is welcome expansion to Kingdom Two Crowns featuring Viking-inspired aesthetics and new mechanics. Both series veterans and newcomers alike will find lots to explore and discover in this premium DLC. The gameplay is addictive and balanced. The artwork and music together create an immersive experience that can be enjoyed alone or with a friend via online or split-screen co-op. Overall, Norse Lands is highly recommended for fans of strategy games or pixel art worlds.