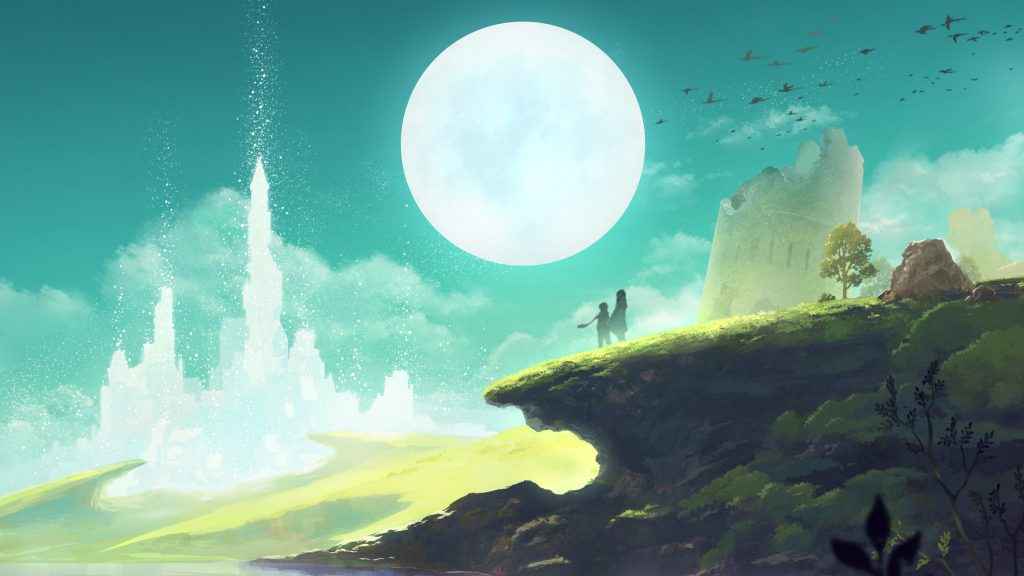 Last time out, Tokyo RPG Factory (as foreshadowing as names get it turns out) pulled off a nice balance between JRPG nostalgia, and a touch of modern flair with I Am Setsuna. This time, with Lost Sphear, the studio looks to repeat that trick, only more effectively.

Unfortunately, that’s not quite happened the way it could, and should, have.

Lost Sphear borrows A LOT from the games that clearly inspired it, most notably Chrono Trigger. It looks, sounds, and plays like a title from the mid-90’s. The problems arise because Lost Sphear, more so than most, leans a little too heavily on the nostalgia. To the detriment of coming up with anything interesting or original for a significant chunk of it’s own during its play time. A shame when what it does do of its own volition, it tends to be quite good. Before we get into that, it’s fair to get into what Lost Sphear is about. People and places around the world have begun to mysteriously vanish, then transform into white voids in the fabric of reality. Our protagonist, Kanata, finds he possesses the special ability to restore these things by gathering memories of them. It’s part puzzle, part storytelling, and it’s easily one of the stronger things about Lost Sphear.

Of course, this puzzle/storytelling is largely through turn-based combat. Yet (without wishing to spoil things) it’s how the subject is handled within that rather mundane activity that truly makes it stand out as one of the more interesting aspects of Lost Sphear. It’s very telling that its perhaps the closest thing to an original idea and is also a genuine highlight. That’s further amplified by the fact combat is otherwise a jumbled mess of ideas and mechanics lifted from other games, but applied with far less finesse.

Don’t get me wrong, the basic battle system can be pretty fun at times. The Active-Time system allows your party members to move freely about the battlefield once their turn comes up. From there they can target enemies and seek out an battle advantage. The “Momentum” combat mechanic is another definite good part. It allows each character to charge a power meter as they go through combat, in a manner akin to Limit Breaks from Final Fantasy. Once you reach the energy threshold, you can use a timed button press to amplify your next action. There’s an impressive depth to this system, and it deserves better than to be mired some of the mess that surrounds it. It’s just that not every potential party member is worth investing in. While some party members have some unique and effective contributions to the fight, the likes of Dianto, however, are close to useless, and not even eye-catching to make up for it. Hardly a thrill to be found in a character that just hits people with a hammer and uses basic magic spells.

The divide between characters is almost part of the signature of Lost Sphear. Chucking everything into a genre melting pot, but never turning the heat up produces a messy, often lukewarm slop of a structure for a retro RPG. Rather than just paint Lost Sphear with the broader brushstrokes of a couple of classic RPGs, Tokyo RPG Factory went for each and every classic RPG it could. The parts Lost Sphear uses are nearly always done better elsewhere simply because the games they’ve been taken from had the sense to focus on perfecting and refining them.

7 Essential Features Needed For Every RPG

Lost Sphear takes a scatter-gun approach, shooting RPG homages off like a nostalgia-spewing Tommy Gun wielded by a plate of jelly. It takes a huge chunk of time to actually settle down and focus on the task in hand. The opening 15-20 hours are perhaps the weakest because they are peppered with new mechanical additions so often, rarely letting the player get to grips with them before shifting focus once again.

It’s almost a relief when Lost Sphear does settle down, because it leaves you free to get on with enjoying the story, which despite its sometimes half-hearted homaging, still carries some pretty interesting and well-realised threads. You’d be forgiven for thinking this sounds like a jam-packed epic 100+ hour RPG, but the most damaging thing is that the game is almost at its end before it actually hits its stride. That relatively short run time is a great fit for its story, just not so much for the amount of things Lost Sphear wants to do. It’s a frustrating mix really, as despite borrowing as heavily and unevenly as it does from the bountiful history of RPG’s, Lost Sphear does a decent job of recreating a lot of what made such games tick back in the day. Its writing is one of the best examples of that, and though the plot starts excruciatingly slowly, it’s endearingly nostalgic once it gets going. The often twee music hits the right spots too, and while the visuals are sometimes a touch bland, they do for the most part capture the essence of a 90’s Japanese RPG.

How much enjoyment you glean from Lost Sphear depends almost entirely on how into the concept of a mashup of classic RPGs you are. It’s a lot easier to tolerate the early hours if you know what you’re in for mechanically-speaking, and even though there’s a lot of clutter and uninspired clutter at that, the core storytelling and aspects of the combat make for an enjoyable enough ride.

The main takeaway then? This is a serviceable nostalgic nod to Japanese RPGs of the past that occasionally sparks to life of its own making, but mostly gets mired in a cauldron of borrowed mechanics and concepts. It’s by no means a terrible game, just one that disappoints a great deal more than it should.

While there are plenty of good aspects to Lost Sphear, it does suffer from dipping into the well of nostalgia a little too often. It captures the essence of 90's Japanese RPGs quite well at times, but the application is uneven and that effectively scuttles a lot that Lost Sphear does right.