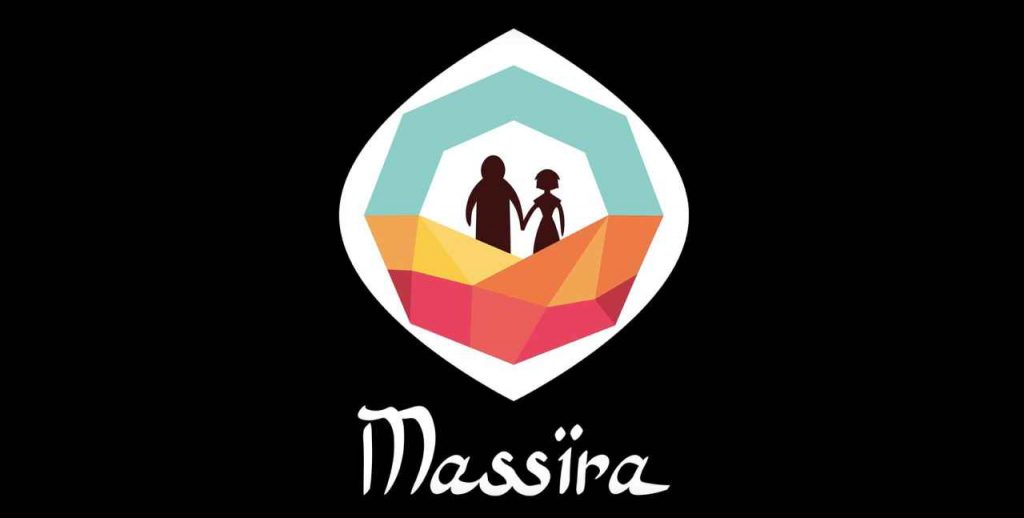 In the games industry there is a whole sub-section of indie games that are barely ever discussed. They don’t have any PR team, no marketing, and release with almost no one, if not anyone, mentioning their name. This can happen for a few reasons, the lack of any marketing is one, an uninteresting story is another, and bland gameplay is a third.

Massira at its core should be a game that stands out as it follows the journey of a young Syrian refugee named Numi, which is a fairly unexplored territory for this medium. It does try to stand out throughout the two-to-three hour story with that backdrop, but ultimately doesn’t offer much at its conclusion. A game that offers a unique perspective to those unfamiliar with the current situation in Syria, but doesn’t offer anything interesting or valuable beyond it.

Think Fantastical-Realism Rather Than Realistic

Massira tells the tale of Numi a girl whose Syrian hometown is bombed on her way home from school. During that frantic scenario, she finds her way back home and escapes Syria with her Grandmother, both fleeing to Europe as refugees. That narrative which Frost Monkey Games tells is fresh and exciting, as we are often not placed in the shoes of a refugee in games (outside of Bury Me, My Love which is not on PS4).

Immediately, the game thrusts you into the Syrian conflict, with a comic book-like cutscene of Numi approaching her school as bombs fall upon it. The camera shifts to a canted angle and the scene fades out to the ringing you would hear if you had been with Numi in the blast radius of that bomb. This left an impression on me and had me thinking that the game was going to be direct, honest, and emotional.

To a certain degree I was right. The game definitely does not shy away from touching on serious moral issues. For example, one situation has you enter a sweatshop filled with children working. Another scene has Numi running up to a border fence as National Guards throw tear gas and smoke at the oncoming group of refugees. However, the larger narrative and story of Numi and her grandmother’s journey across Europe ends up falling flat, never reaching the crescendo I thought it would, and doesn’t feel consequential or meaningful.

The game also doesn’t stick to its realistic initial impression and ends up drifting more into fantastical-reality, which made me take the game’s main narrative less seriously. During the latter half of Massira, you eventually come across floating platforms, a mysterious figure who resembles the Grim Reaper, and a few other oddities. These aspects felt at odds with the serious tone the game leads with. However, Frost Monkey Games’ use of these features does allow them to create some interesting and consistently varied gameplay.

Massira Is Not For Who You Think It Is

It wasn’t until I had finished Massira that I came to the realisation that I had misinterpreted the game all along. The game is not and (I believe) is not trying to be an emotional story of a Syrian refugee for a nineteen year old British man (me), and adults in general. Massira is a cute, simplistic, and approachable game that is a great way for children to get a window into another world. A world that they hear so much about, but don’t understand at all through pictures on a TV screen.

Frost Monkey Games provide the opportunity for children to understand the life of a Syrian refugee by letting them play as one. The lack of any gore and potentially troubling scenes for children offers a great chance to introduce the Syrian conflict to children. The portrayal of characters as figures such as the Grim Reaper allows them to stay engaged and not see the game as one of Stephen King’s giant novels. On top of that, the polygonal art style and bright colours of the game makes that last point even more true.

What I am getting at is that Massira is a great game to introduce your children to a poignant and serious issue early on, without the drama, trauma, and anxiety that comes with it. This is reflected in the simplistic gameplay as well. Puzzles are incredibly easy and result to sliding blocks around to match colours or flicking switches in the right order. Platforming is not particularly challenging either; although, the game’s loose controls and incredibly sensitive camera (which the sensitivity of cannot be changed) can make it frustrating. Also, I often found myself hitting other platforms with Numi’s head and having to start over due to the poor camera.

Massira is a great first game, if you want to introduce your child to the narrative side of video-games and they are already somewhat familiar with simple gameplay systems. Even if you played the game and your child just watched, it would still be worth your time.

A Fine Game, But A Great One For Children

If you are an adult and already have some knowledge of the Syrian refugee crisis, then skip Massira. It is a simplistic two hour experience with barely anything to offer you. It’s gameplay is lacklustre and dated and its narrative has promise, but never executes upon it.

However, Massira would make an exceptional game to play with your child. It offers a viewpoint into a world they would likely have no grasp of, building empathy in them at an early age. Its simplistic gameplay and approachable nature ensures that they will enjoy playing or just watching the game. And, as they witness Massira play out, they will have an enjoyable few hours and learn something important along the way.

Massira offers up nothing for an adult looking for a new narrative-adventure game to sink their teeth into. It's narrative is intriguing but has no payoff and its gameplay is bland and, at times, poorly designed. However, if you have a child, sit down with them and play Massira for a few hours. The game will give them an insight into the Syrian Refugee Crisis in an approachable and kid-friendly way.