Mobile Suit Gundam: Extreme VS-Force is a spinoff of the popular Gundam VS arcade series for the PlayStation Vita—and unfortunately, not a very good one. Having used to be a huge Gundam fan back in the day, I’ve slowly lost interest in the franchise and was hoping that this game—which spans many Gundam from the popular anime series—may put me in the mood to get back into it. In actuality, it did the complete opposite. 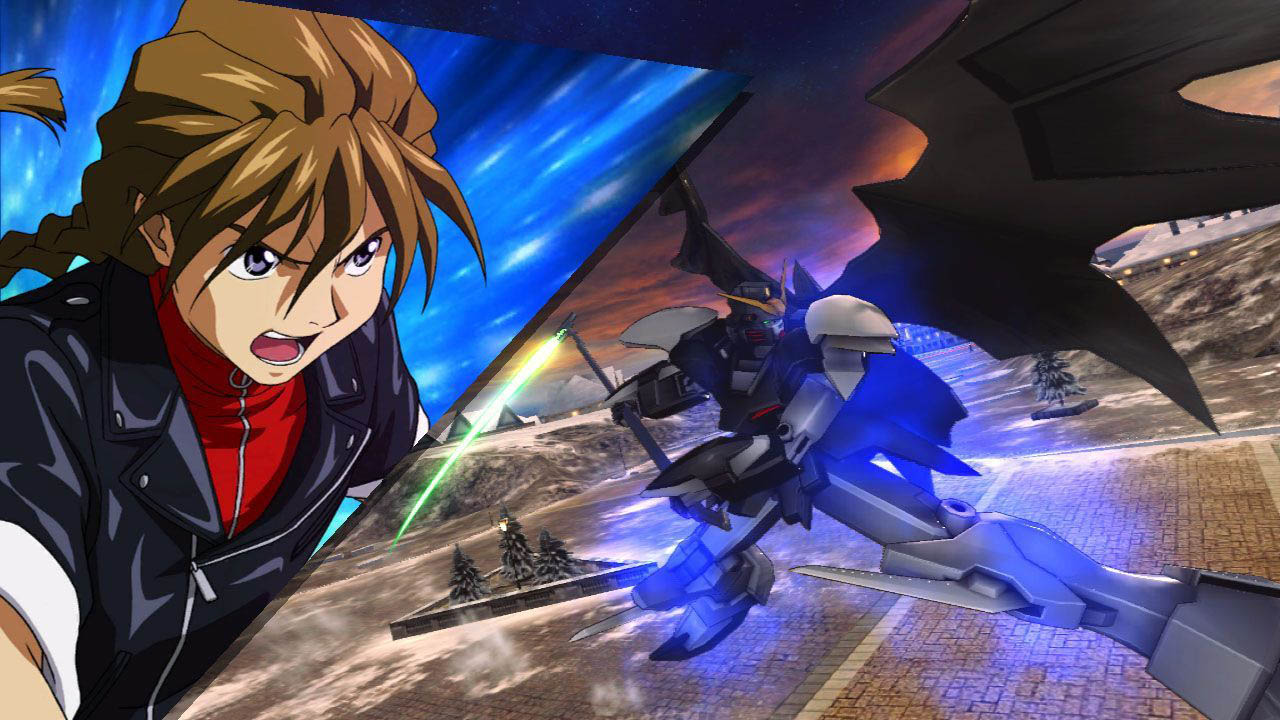 Being a spinoff of an arcade franchise, VS-Force is more of a single-player experience and features a story that in my opinion exists just to explain why you’re ploughing through different Gundam storylines. You play from what I can gather an A.I. going from one Gundam series to another trying to understand the plight of mankind and what is leading them to their inevitable extinction. In short, it’s a poor effort and frankly all rather pointless. On the plus side, the story mode does offer plenty of missions and side-missions to play though and even offers you the chance to play as the villains. Following the main story is also the only way to unlock new characters to play with but most of them are just different variations of the same Gundams, such as a Zaku that comes with an melee Axe weapon and the same Zaku that comes with a weird laser boomerang weapon. There are plenty of Gundam to pick and choose but a lot of them could have sat this battle out, such as the original Gundam who become less and less useful and instead could have been replaced by more Gundam like the ones from the “Wing” franchise.

The game’s combat system can be fun when it’s mostly one-on-one or two-on-two fights as they work better on the Vita’s smaller screen when there isn’t a lot of things to worry about. The combat itself is basic but functions well enough, and reminded me a lot of Final Fantasy: Dissidia, although it’s not as fluid and can get extremely difficult. Depending on the Gundam you use you’ll have access to long range and short range melee attacks. However, things would had been better off with just melee combat as the long range attacks pretty much lead to extreme frustration. Enemies are experts at dodging attacks; for example, every time I used firearms, eighty percent of the time these attacks would miss even at point blank range. It’s not as bad with melee attacks but things become increasingly more difficult with the faster enemies you encounter.

Before going into a mission you prepare by selecting your Gundam and any allies you can take with you based on a point system. As you progress through the story you will earn points for completing missions and unlock medals by completing specific mission objectives. These points can be used to unlock hidden missions and give your team some boosts like increased defense and attack power. You will also have to watch your team cost as well. Each Gundam has a cost attached to it so you have to prepare yourself with the best suited Gundam or team to fit the max team cost. It’s a system you see in a lot of mobile games and it’s not always the best. 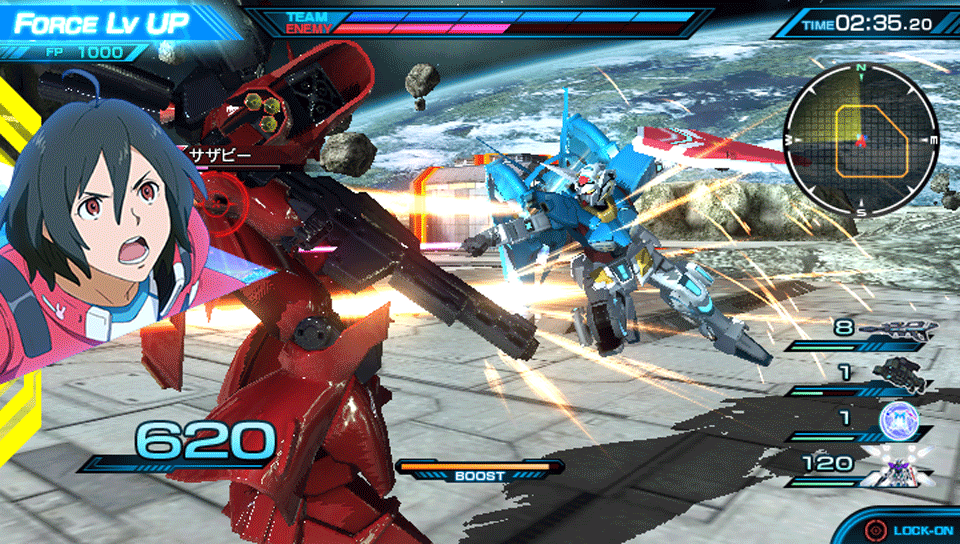 Missions aren’t always combat-focused. VS-Force features a variety of mission types for you to get though, with some having you capturing bases to spawn A.I. controlled allies to help you, while others have you tracking down and destroying flying bombers and massive mobile command centers. These missions would be much more enjoyable if it didn’t involve you getting attacked by four to five enemies. Being a portable game with limited controls and a smaller screen, it can become hectic and confusing really fast. When enemies attack, you will get an indicator appear on the screen telling you where the attack is going to come from giving you some time to dodge the attack. However, when multiple attacks are coming at you, your screen pretty much becomes a giant red bream obscuring much of your vision.

VS-Force features the most bare bone of game modes. Outside of the game’s basic story mode you can also partake in two versus modes, one against the computer and the other using ad hoc as the game doesn’t feature any sort of online multiplayer. It’s a shame because with so little to offer from its game modes, an online component could have gone a long way in helping keeping the player base active.

The Gundam’s themselves look pretty good and have some decent animations. Each Gundam looks, feels, sounds, and moves just as they did in their respective animes. I just wish the bland and open environments had the same love shown them as the Gundam’s did, but i’m sure the Vita’s limitations had some part to play in it. More positively, I was also impressed with the game’s great soundtrack, which features songs taken straight from the anime series. Even as a Gundam fan I find it extremely difficult to enjoy VS-Force. Its lack of game modes won’t keep you invested in it for much longer after you finish the lengthy campaign and its combat system only works well when you are in a duel with other Gundams—that is, if you can land any of your blows. While the game features some great tracks and the Gundams themselves will please the hardcore user base, I don’t see how even the most dedicated of fans can enjoy a game with this many problems.

Even the most hardcore Gundam fans will find it hard to say they enjoyed VS-Force. It may look and sound like a good game but it doesn't play like one. Poor controls, pointless story, and some crazy difficulty spikes leaves VS-Force missing the mark in almost every way.