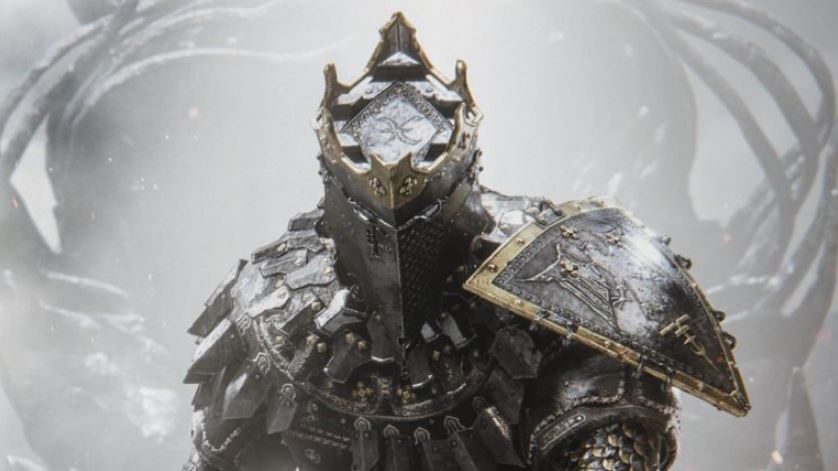 Mortal Shell: Enhanced Edition PS5 review. Though it has been little more than six months since the release of Mortal Shell on PlayStation 4, the very idea of an enhanced edition that takes advantage of Sony’s current generation gaming silicon is an intriguing one. Effectively held back by last generation hardware, many looked favourably upon Mortal Shell, identifying it as an intriguing and bold take on the Dark Souls formula that found itself somewhat hamstrung by a comprised technical presentation on console.

With such restrictions now essentially lifted by virtue of the PS5’s significant extra grunt, in its enhanced edition form Mortal Shell finally looks and plays like the game it was supposed to be when it released back in August 2020. For reference, you can catch our original review of Mortal Shell on PS4 right here.

The sheer amount of polish that this enhanced edition lavishes upon Mortal Shell cannot be understated. In particular, doubling the framerate has enabled Mortal Shell’s greatly underrated combat to really shine, as the enhanced edition’s 60 frames per second target output permits a level of player responsiveness and fluidity that just wasn’t possible on last generation consoles. 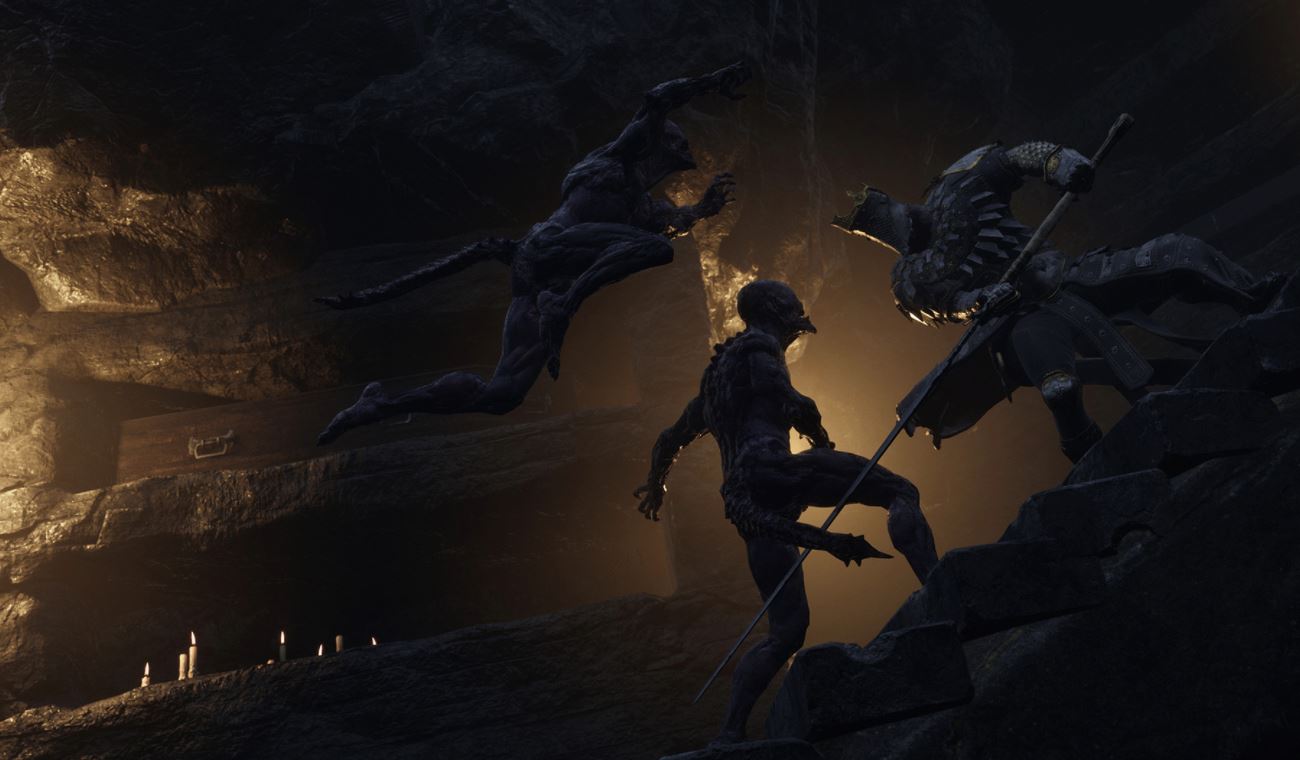 Quite simply, linking up combos, shell interrupts and evasions has never felt better and more than ever underscores the dark, beating tactical heart of Mortal Shell’s highly enjoyable combat system. Combat is now a proper pleasure and learning the various attack patterns of the different enemies, bosses and special encounters has never proved to be more fulfilling.

Though the relentlessly grimdark gothic veneer of Mortal Shell fails to quite capture the imagination as capably as some of the more esoteric areas seen in the Dark Souls games, this is nonetheless an attractive looking game and one which benefits from the additional visual sheen that the PS5 can provide. A sizable resolution bump to 4K makes Mortal Shell look absolutely razor sharp, while a noted increase in texture detail makes the nightmarish worlds and denizens of the game really pop in a way that could potentially leave you with a sleepless night or two; though this speaks more to Mortal Shell’s striking art direction than anything else.

Elsewhere, though the implementation of the DualSense controller is somewhat muted here, it suits Mortal Shell ultimately. Hits are registered by a low-key though still quite palpable rumble via the controller’s haptic feedback tech, while the adaptive triggers come into an unexpected use and thrum with vigor when you attempt to activate a shell ability during its cooldown. Another boon of Mortal Shell: Enhanced Edition is the lightning quick loading times. Whether it’s loading the game up from a cold boot, or simply respawning after death (which will happen many, many times), Mortal Shell on PS5 wastes no time in getting you back into the action. 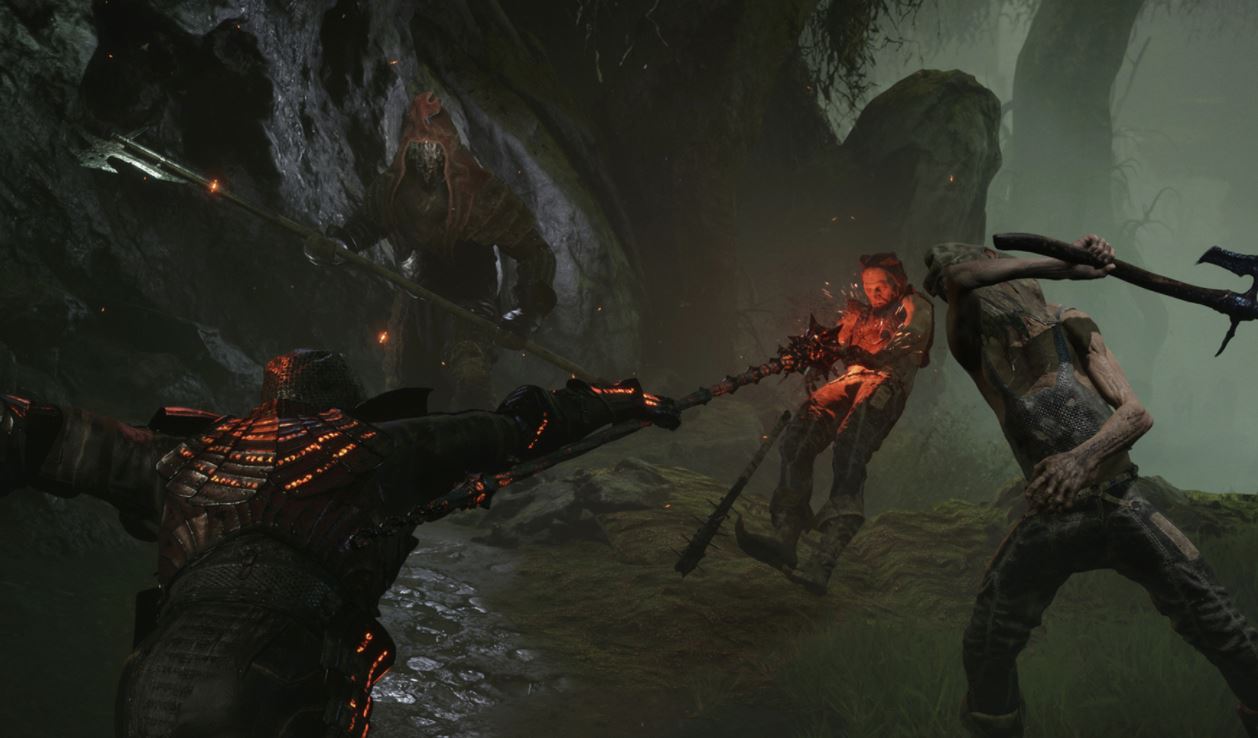 Though the impressive array of technical upgrades that the enhanced edition bring to the table are both transformative and hugely welcome, they merely serve to shine the light on what stands as one of the more inventive Soulslike games to come along in a good while; no mean feat considering the relatively diminutive size of developer Cold Symmetry when compared to other studios.

Imitation Is The Sincerest Form Of Flattery, But Mortal Shell Goes A Step Further

Certainly, though Bluepoint Games absolutely stellar remake of Soulslike progenitor Demon’s Souls remains fresh in people’s minds, and certainly invites comparisons with Mortal Shell that the latter would not survive, it’s clear that Mortal Shell is an accomplished and heartfelt love letter to Soulslike genre (even if the lore isn’t as compelling or nearly as dense as that glimpsed in the Dark Souls games).

Though imitation is perhaps the sincerest form of flattery, Mortal Shell does occasionally lean a little too fully into its love for From Software’s action RPG opus to the point that comparisons with its much more accomplished inspirations become unavoidable. That said, developer Cold Symmetry has a number of tricks up its sleeves to keep things interesting and all of which go some way to mitigating the ‘clone’ label it has rather commendably. 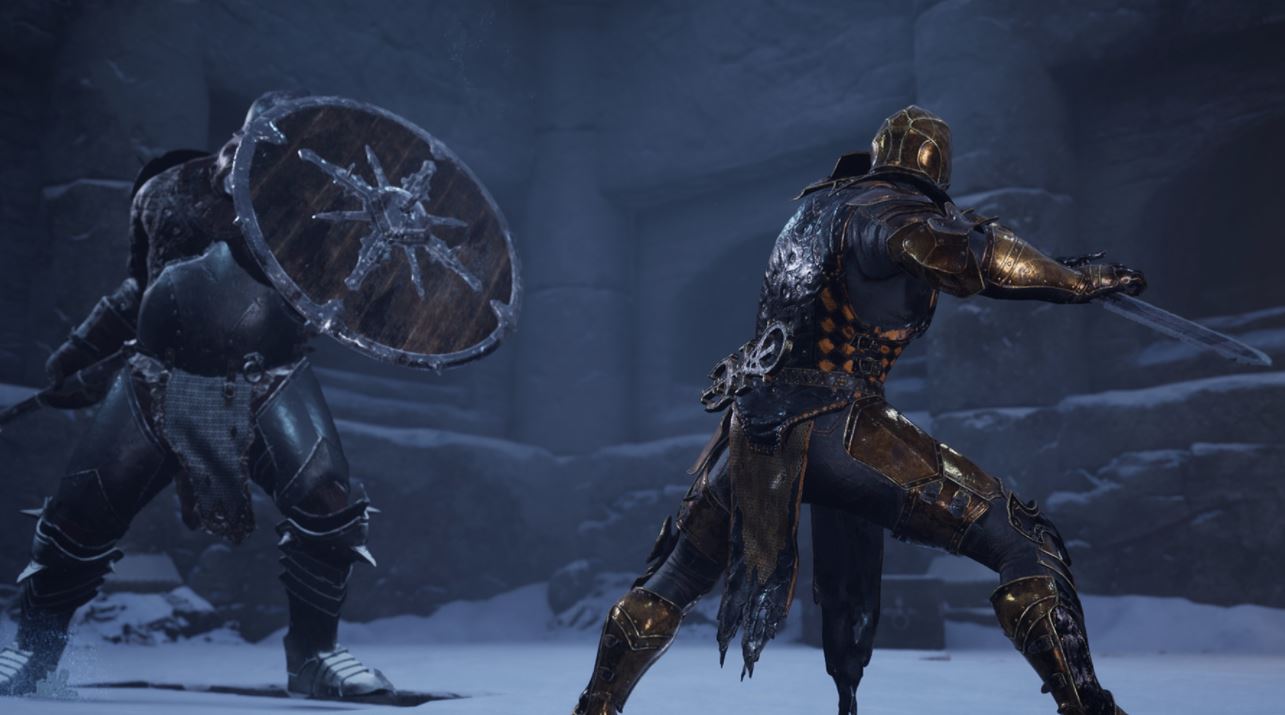 For a start, the shell mechanic is quite neat to say the least. As a wayward, though frail colorless horror, players can possess the titular mortal shells of fallen warriors and take on their unique fighting abilities and combat styles. Beyond that, each shell has its own skill trees and various masteries that need to be fulfilled in order to maximise their potential. It’s quite a departure from the usual class choice and skill respec systems seen in games of a similar ilk and I’m absolutely here for it.

Where things get especially interesting, is that should you run out of health, your nightmarish white form is ejected with great force from the shell it was inhabiting, forcing you to sneakily re-possess that shell before a stray hit sends you to Mortal Shell’s equivalent of the ‘You Died’ screen. Then there’s the item familiarity system which is also refreshing new in the Soulslike subgenre.

Essentially, the more use a single item, the more familiar you become with it and should you max out your familiarity with that item, extra bonuses become available. Where Mortal Shell gets especially clever though, is in how it leverages this system with items that at first use appear bad for you. Take the Tarspore Cap mushroom for example. Eating it for the first time causes you to be gravely poisoned, but eating it a second time and thus maxing out the familiarity stat, changes the properties of the item so that it now makes you immune against poison upon consumption. It’s properly neat stuff.

Though Mortal Shell dutifully (perhaps overly so) ticks many of the boxes of Dark Souls bingo, with tough, often punishing combat in which progression is often won in measurements of inches at a time, it’s nonetheless a fine take on the Soulslike genre that finds its odd charms and innovations nicely amplified by the buckets of polish that the enhanced edition brings to the table.

Mortal Shell: Enhanced Edition is out now on PS5.