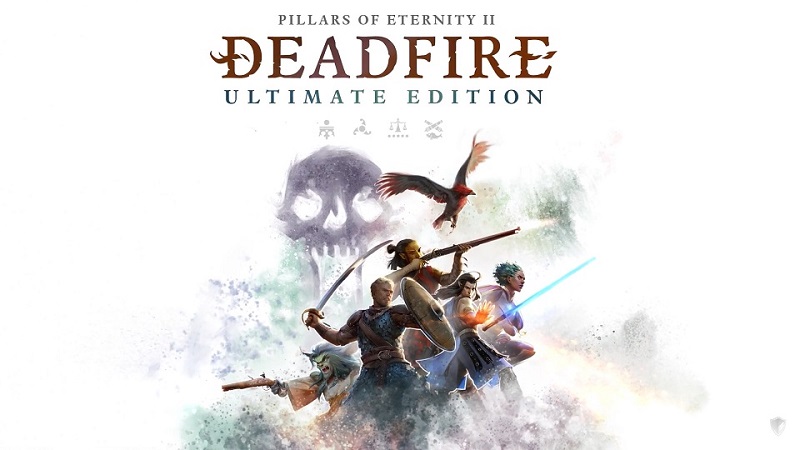 When the first Pillars of Eternity released on console back in 2017, it was rightfully heralded by many (including yours truly) as one of the finest RPGs on console. With its epic, high stakes narrative, beautifully written characters and stories, compelling quests and superb combat and progression structure, Pillars of Eternity really did feel like a landmark RPG like no other.

With the bar set intimidatingly high then, it perhaps seems improbable that developer Obsidian Entertainment would not only be able to equal its previous outing much less surpass it. Yet, that’s exactly what they’ve done with Pillars of Eternity 2, fashioning one of the best RPGs of the decade and the first must-have game of 2020 in the process.

An Extravagant, Masterful Adventure Epic That Soars On Console

Though Pillars of Eternity 2 is very much a sequel (as if you couldn’t tell) to the previous game in the series, little or no knowledge of its predecessor is required to get stuck in as a handy digest of previous events is provided early on. Indeed, as part of the character creation process, in which you’ll pick out a race, class, appearance and other demographics (or just pick one of the premade characters), you can also customize your own Pillars of Eternity 1 heritage too – either through granular, painstaking fashion or simply by choosing one of six scenarios that best matches the history that you would like to have.

Once things get underway after a character and history has been created, with its ethereal and existential opening, you wouldn’t be blamed for confusing Pillars of Eternity 2 with the likes of Planescape: Torment or its pseudo-sequel Tides of Numenera. And certainly, Pillars of Eternity 2 does take a little longer to get going than its illustrious predecessor but when it does, when it does, an RPG epic of almost unparalleled quality and scope soon unfurls.

In terms of overall game design, Pillars of Eternity 2 sticks reassuringly close to the best in class template lain by the first Pillars of Eternity. Viewed from the same slanted isometric perspective with a party of companions under your control, Pillars of Eternity 2 takes place fairly quickly after the events of the previous game and has you sailing around the Deadfire Archipelago in pursuit of a renegade god (and at the risk of spoiling the first game any further, I’ll stop there on the plot synopsis).

Like its 2017 predecessor, Pillars of Eternity 2 very much places an explicit premium on great writing and arguably nowhere is this better showcased than in the numerous companions that you’ll meet and take along with you on your epic journey. From the canny and cheeky Wood Elf mage Aloth, through to the youthful and often overly excited Dawnstar priest Xoti, every single one of these long-time acquaintances that you’ll make in Pillars of Eternity 2 are a joy to converse with as you uncover their deepest desires, fears and hopes for the future. Likewise, the banter that often spontaneously erupts within your party is highly entertaining too (and often amusing).

And this is where the companion quests come in. As you spend more and more time with your companions you discover that they each have an overriding goal that propels them onward, sometimes at the expense of yourself or other party members. These quests are a superb mechanism of sorts as they really help to get you involved with each companion in a way that you might not have been permitted to otherwise.

Speaking of quests, Pillars of Eternity 2, much like the previous game in the series, is absolutely stuffed with them. In addition to the base game (which is already hundreds of hours long), that ‘Ultimate Edition’ suffix come into play as the console of edition of Pillars of Eternity 2 not only includes all the incremental free DLC released on PC to date, but the full-sized Beast of Winter, Seeker, Slayer, Survivor and The Forgotten Sanctum expansions too.

Quite simply, it’s the sheer depth of choice that Pillars of Eternity 2 permits on the part of the player that really makes it soar in both play and also deep in the imagination too. Everything you do or say matters.

From the initial character creation process that dictates how various folks will react to you long before you ever meet them, to the massively branching conversations that permit extra options depending on your class, stat and ability selections, each and every choice feels like it has some degree of far reaching consequences and that, more than anything, they matter.

For all its similarities to its predecessor, Pillars of Eternity 2 does strike out on its own in a number of meaningful ways, however. For a start, the setting of Obsidian’s sequel is very much reminiscent of the real-life Golden Age of Piracy, not least because the player can gain a ship and crew and sail around the Deadfire Archipelago, swashbuckling their way to fame, fortune, loot and the murdering of long thought dead sea monsters.

In all seriousness though, the ship-bound nature of Pillars of Eternity really does make it feel like a very different proposition to its predecessor. Though the various islands and townships you’ll run into neatly evoke something of a wistful, 17th century Caribbean flavour, it’s also in the requirements of having to manage a ship’s crew, their health and morale that Pillars of Eternity 2 really manages to compel in a way that its predecessor could not.

Elsewhere functional changes abound over the previous Pillars of Eternity title. When it comes to combat, players are no longer limited to the first game’s pausable real-time combat as the option to embrace a distinctly old-school turn-based combat system now exists, neatly catering to two different audiences in a fashion that, again, the predecessor to Pillars of Eternity 2 could not.

Technically speaking, Pillars of Eternity 2 is a marvel. The highly detailed isometric environments are the best they have ever looked – rife with technical flourishes such as top notch lighting, shadows and texture detail, it’s really in the stylistic art direction that Pillars of Eternity 2 shines. From the bustling walled, colonial island fortress of Crookspur Island, to the vibrant colors, flora and fauna of Bentbranch Bog, Obsidian’s sequel is generously stuffed with eye-opening locations that just beg to be explored.

There are other, more subtle things that Obsidian have done from a visual perspective too. Big, stark and easy to read fonts make the interrogation of the world in Pillars of Eternity 2 a fret-free task (thanks in no small part to the substantial amount of text that the game relies upon), while a well-ordered, easy to navigate UI ensures that like its predecessor, Pillars of Eternity 2 makes the leap to PS4 without sacrificing any precious accessibility in the process.

When it comes to treating the ears, Pillars of Eternity 2 ably steps up to the task here too, with a beautifully composed orchestral soundtrack that effortlessly oscillates between heart-rending melancholia and the sort of epic, range spanning score score that one might readily associate with Howard Shore’s excellent work on Peter Jackson’s superlative Lord of the Rings trilogy.

Supporting Pillars of Eternity 2’s masterful score is the voice acting which stands as some of the best I have ever heard in video game, with special credit indeed being given to the narrator whose descriptive, clear tones irresistibly pull you into the narrative with breathtaking ease. Despite its soaring calibre however, Pillars of Eternity 2 is not quite perfect from a technical perspective. Early on in the game, Obsidian’s latest seems to be vulnerable to very occasional bouts of crashing which, though thankfully offset by a handy autosave system, can still become frustrating nonetheless.

Of greater annoyance are the loading times. The loading times in Pillars of Eternity 2 aren’t just lengthy (PS5’s loading time busting SSD cannot get here soon enough), but they happen far too often too – whether you’re just wandering into a building interior, or even just changing floors in the same building, Pillars of Eternity 2 forces that same lengthy loading screen upon the player. Having to wait through 15-20 second loading screens on PS4 Pro when you just want to enter or exit a building is hardly ideal to say the least.

Ultimately then, with its cast of eminently compelling characters, superbly written stories and quests, tactical thought provoking combat and a beautifully rendered world that is absolutely riven with interesting places to see and visit, Pillars of Eternity 2 is one of the greatest ever RPGs to be released on console, and a gold standard affirming entry in the genre at large.

A soaring achievement in the genre, very minor technical issues aren't enough to detract from the fact that Pillars of Eternity 2 Deadfire: Ultimate Edition is the first must-have game of 2020 and the finest RPG in an age. Adventures don't come much more essential than this.