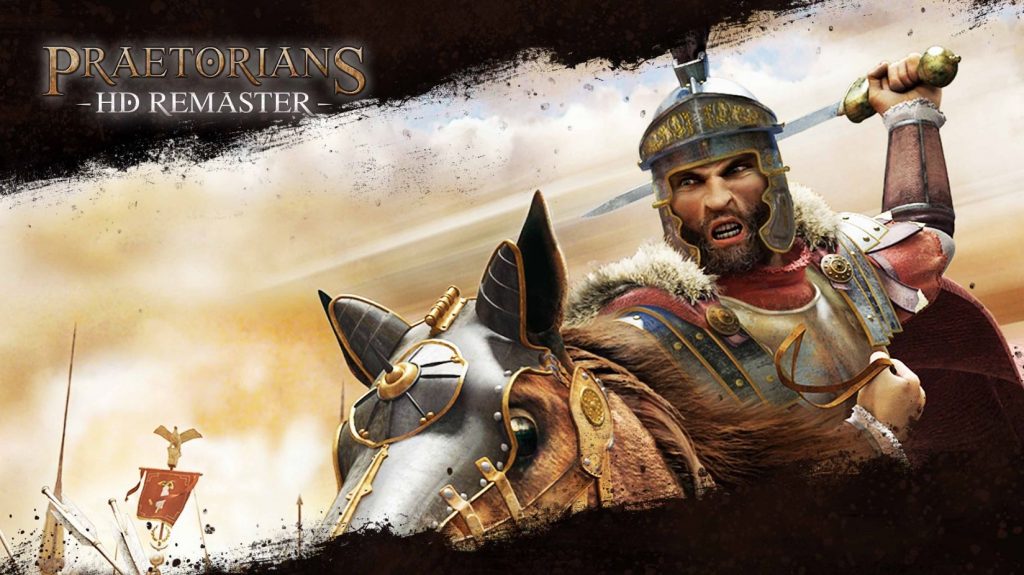 Praetorians HD PS4 Review – Praetorians comes to PS4 alongside another early 2000s RTS classic in Commandos 2, and while it suffers from the passage of time in much the same way as the WWII game, it isn’t quite the disaster that remaster proved to be. That doesn’t prevent it from being a disappointment, however.

Translating RTS To A Console

The concept of Praetorians will be familiar to anyone who has picked up a real-time strategy game like Total War. There are historical battles based on Julius Caesar’s attack on Gaul, his Civil War, and Crassus’ campaign in Parthia. The player gets to control one of three groups (the Roman Republic, the Ptolemaic Kingdom, or Barbarians). You control units rather than individuals and march them into a variety of war scenarios that focus on winning in terms of combat and territory.

You can split your units into smaller groups, adopt tactical positions, and lay siege to your enemies. All standard tactical fare these days, and although this means Praetorians is overshadowed by the many iterations on that formula in the last 17 years since its original release, it’s slightly less dated on a console, where RTS games are a relative rarity, let alone a unit-based RTS. So it comes into a more favourable territory in that regard.

The downside is that as this genre of game is so scarce on consoles, it’s a lot harder to translate successfully. The initial tutorial thankfully takes it slow and introduces you to how unit management works in detail, how to direct troops to face in the right direction (they will literally face the same direction at all times otherwise) so they don’t get caught out in battle, and how to create basic tactical placing ahead of a big fight. It’s a bit laborious to make even the simplest of manoeuvres and there’s a lack of urgency to skirmishes when they do finally happen, but it works fairly well considering the jump to a controller. It helps that units and manoeuvres are labelled in a straightforward way, easing potential confusion.

It does get a tad more fiddly when things get more chaotic, but Praetorians’ idea of chaotic looks like a scuffle at a nightclub compared to the modern variants of epic virtual warmongering, so it’s just about manageable. That does, however, bring up a whole different issue. Namely how dull and repetitive Praetorians gets.

While it may be relatively unchallenged in terms of comparison on console, there’s no escaping the fact that Praetorians’ brand of unit-based RTS action is somewhat muted. Even with a touch up on the visuals and animation, there’s still no real spark to the battles that suggest vicious stabbings, slicing, and impaling of warriors in a hard-fought fight to the death. This is more like smudgy rows of colour bumping into each other until one is down. Imagination fills in gaps, naturally, but it hardly sells the idea of this being a savage war. This isn’t a full-on remake so it’s not fair to expect too much in the way of modern flourishes, but it really could do with some extra visual flourish to help out the dated combat animations. In fact, a remake would have been the better way to approach this.

Thanks to its age, there’s little dynamism to encounters. It’s all rather straightforward sub-MOBA clicking to little effect, and the only time you really see freedom is when a unit inexplicably goes wandering away from the main group. Scenarios have little variance beyond go there, hit that too, so there’s not a lot that’s compelling in terms of narrative either outside historical context.

Also not helping is the AI, which provides no stiff challenge, even in bigger battles. Often it’s the strategy equivalent of bad guys lining up one by one to fight the martial arts hero. It inadvertently offsets some of the other issues, but when the greatest threat to victory is a game’s problems, it doesn’t speak well for the game’s challenge.

Topping off this gripe juice is a splash of technical trouble tequila. Despite not exactly troubling the power of modern consoles, Praetorians stutters and struggles on occasion, and full-on crashes at other times. Sometimes a heady concoction of both occurs just to make sure you don’t forget the trudging bore of a mission you just had to endure. It’s not game-breaking by any means, but it certainly adds to the overall unpleasantness Praetorians gives off.

Serviceable, But Dry, Dull, And Not Technically Competent

The thing is, Praetorians is a very okay game, in itself, there’s little to truly hate about it, but it’s also so dry, dull, and technically-challenged that it transcends its okayness and becomes simply bad. It may not be the sort of game we get much of on PlayStation, but that doesn’t mean it deserves a pass.

A dry, unchallenging game that needed a proper remake far more than an underwhelming remaster. While it is refreshing to have a game like Praetorians on PS4, it’d be a bit more refreshing if it was a good one.