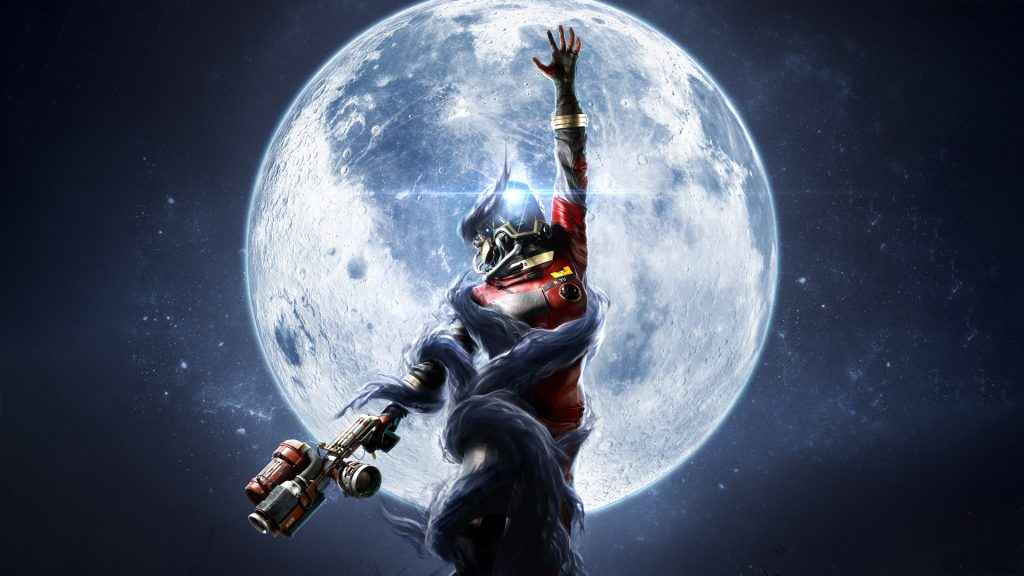 Prey Mooncrash is a genuine surprise.

The teases for Prey Mooncrash had told us the new Prey DLC would likely be on the moon, but exactly what you’d be doing there was very much a mystery. The common assumption was that we’d get a bit of additional story, a mini-version of the main game with the novelty of moon gravity.

It’s safe to say, it’d have been one lucky guess if you’d correctly predicted what Prey Mooncrash actually is.

Carrying on from the revelation at the end of the main game that the entire story was a simulation of the past, Prey Mooncrash has you using data from a disaster on a Moon base to try and uncover what exactly went wrong (non-spoiler: it probably involves shape-shifting aliens). You do this by simulating the movements of several people who were there when disaster struck.

Mooncrash takes all that worked well in Prey and boils it down to its purest form. Every mechanic, weapon, storytelling nugget, and act born of paranoia is stripped back and reassembled into this sleek roguelike-inspired package. You start at the same points for each playthrough, but everything from there can go so many different ways, requiring a near full knowledge of the magic of Prey’s fast and loose style.

This is a much smaller playing field than the main game, but the vertical depth means its also deceivingly large. That’s a crucial thing to remember because it feeds into the level of replayability for Mooncrash. You have five ways to leave the moonbase, and five characters to get home.

The main goal is to learn how to escape in each way individually and then use that knowledge to make a final, ultimate run where all five get home in a single run. It’s safe to say that you won’t be doing that straight away, as you have to find and unlock the rest of the characters, and then experiment through their own individual run where enemy and item placement is never the same twice.

Seeing as Mooncrash takes inspiration from roguelikes, it’ll be no surprise to learn that as you try to escape the base, you’ll most definitely die…a lot. The procedural nature of Mooncrash adds an air of uncertainty that only adds to the paranoia brought on by the shape-shifting alien menace. Cleverly, Mooncrash avoids repetition by allowing small changes to the game world via your actions in each run.

Clear out a room on one run and you’ll likely have a more peaceful passage through it next time. Though there are definitely certain obstacles that won’t be vanquished for quite a few runs (the big new enemy known as the Moonshark is a properly intimidating foe).

You earn points for certain actions (discoveries, completed objectives, and kills) from a run, and those points can be used to purchase better weaponry to start with (your first weapon is the wrench), so there’s a proper sense of progression no matter how poorly you do.

Another helpful thing is that each run brings chances to upgrade your characters with Psi powers and the like too, meaning that after a significant bit of time investment, your protagonists will be adequately powered to tackle that final goal of a clean five-person escape.

While much is brought over from the main game, Prey: Mooncrash does throw in the odd new alteration to the established template. The Gloo Gun gets a grenade-based change for instance and body trauma is a new problem to overcome (one of several new gameplay changes that also gets added to the main game).

Body trauma is interesting as say you panic and blow up an alien nasty at close range, it could well mean you get a concussion, which left untreated, will affect your vision. It’s a bit of added spice that invariably hits you hardest just when you feel a bit too confident and plays into Prey’s mantra of learning on the fly.

This is where the five characters are important to what works in Mooncrash. Each represents a different style of play, and come with their own advantages and disadvantages. Rather than just finding a way that works for you, you need to adapt your playstyle accordingly if you wish to get all five to the end. That’s the beauty of the late game too, as you juggle these play styles in fairly quick succession in order to succeed (and you need to be quick because your objectives don’t wait about in Mooncrash).

Alas, Prey Mooncrash doesn’t get everything right. The richness of storytelling found in Talos-I in Prey is not present in Mooncrash. Even if the voice-acting is arguably better, there’s not enough done with it to matter. Then an old foe from the main game’s launch shows up here in the form of some groin-achingly long load times that eat away at this feeling of fluidity Prey Mooncrash is clearly going for. As it was then, the problem is just about balanced out by the time you spend messing about in the playground Arkane has provided, but a quick death is doubly aggravating when you have to immediately wait for more than a minute to have another crack. The upside is that is was fixed to some degree in Prey, so Mooncrash may yet improve on this front.

I can’t say this is what I expected from Arkane’s next dip into the world of Prey, but I’m happy that this is what we got. Prey’s structure is a good fit for this kind of roguelike/Metroidvania type of spinoff, and it shows in how it plays out. While the story’s shortcomings aren’t too much of a problem, the ridiculous load times are. Luckily, this is a fine DLC addition to Prey that takes the best of the main game and makes it work in a more compact frame.

Silly load times aside, Prey: Mooncrash is a great DLC addition to Prey that both compliments the main game and does something new with its best features.