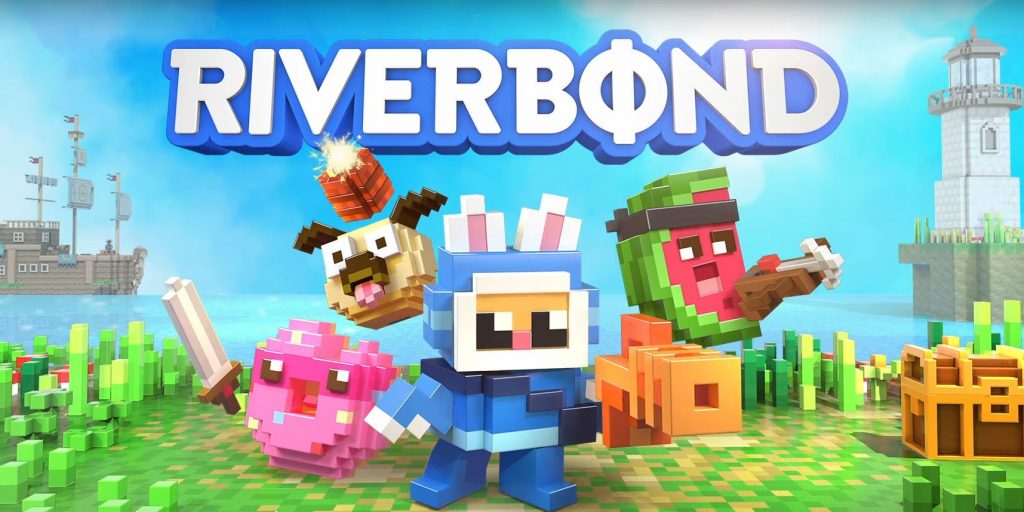 Games in 2019 are more complex than ever before. Gameplay modes, synergy between mechanics and abilities, multiple endings, it can all get a little much. That is why Riverbond stands out. It’s simple but a great deal of fun at the same time. It offers up only a few things but it does those few things well. Despite that simplicity, the team behind the game keeps things fresh with new weapons, locations and enemies for long enough to make Riverbond and enjoyable and laid-back dungeon crawler.

No Story? No Problem

Riverbond is one of those rare offerings where the lack of an overarching narrative didn’t bother me and in fact wasn’t necessary. Instead, the game is comprised of eight thirty-to-forty-five minute long dungeons that ask you to complete various objectives before defeating a boss at the end. There are a lot of characters you can talk to for a quick chat or for hints as to how to complete an objective. But, there isn’t anything that ties all these dungeons together.

As I mentioned, that ultimately wasn’t an issue for me. The core gameplay loop of slashing at groups of enemies and working your way through each room, completing the objective along the way is surprisingly engaging, given how easy combat is. Dying doesn’t restart you from the last checkpoint, instead, you respawn at the beginning of the room. On top of that, every enemy, except bosses, will stagger when hit, making them rarely a threat and health potions drop like crazy when you reach below 50% health.

The point is Riverbond is not a challenge; instead, it is more of a chill dungeon crawler where the fun doesn’t come in beating the threats you face, but in how satisfying it is to cut down large groups of crabs, wizards, snakes, and more with ease.

A variety of crazy weapons and silly skins keep the game fresh and allow you to try out new playstyles. There are five different weapon types in the game, with swords acting as your standard, all-around killing machine, whilst dual-wield weapons are faster and ‘Slap’ weapons (that is the official name of them) are slow and push enemies back. You also have a ranged weapon, that allow you to fight at a distance.

Those weapons can be more than just a normal sword. For example, you can have a large lollipop as a slap weapon, a pencil as a spear, a gun that shoots rainbows and so many other wacky designs. Those weapons don’t play any different beyond the five archetypes, but the visual variety always kept me chuckling as the designs got crazier and sillier.

Skins also allow you to choose who you want to play as; you can be a man, a banana, a dog, there are even crossover skins from beloved indie games, such as Juan from Guacamelee and Raz from Psychonauts. There are more skins than you can count in Riverbond and after beating all eight dungeons and running through a few a second time, I still don’t have them all.

The game also allows for co-op which makes it a great family experience given how forgiving the combat is. Challenge isn’t the name of the game in Riverbond; instead, it is more about relaxing and spending a few hours not really having to think too hard. It is a great game to have a podcast on in the background.

Weapons, skins, and enemy variety offer a lot of visual variety, but by the time I got to the final few dungeons, the combat and objectives started to feel a little thin. The simplicity of combat struggles to remain exciting in the final hour or so of the game, leading to the final dungeon feeling like a chore to get through its many rooms and complete its many objectives. Although, bosses always offer up a new challenge as they introduce different attack patterns and new mechanics to grapple with as you take them on.

Combat does offer up a charge attack and a special ground pound attack that can be used. However, these did such little damage that they felt pointless, as slashing with a sword almost always caused more damage in the same amount of time as it took to pull off one of these moves. Therefore, the game really only had one method of attack.

Even though Riverbond’s systems are never expanded upon, the first six dungeons offered enough new enemies, environments, and challenges that there is still a lot of solid, enjoyable dungeon-crawling to be had.

Riverbond is a short, yet sweet and satisfying dungeon-crawler which shows that simplicity can shine if your gameplay is fun and engaging. With co-op and a cascade of unique weapon designs and crazy skins to unlock, developer Cococucmber have created a great family game that is still enjoyable on your own.

The game outstays its welcome just a little bit; however, there is still a rewarding, relaxing and fun five-to-eight hour experience waiting for you and your co-op partner in Riverbond.

Riverbond is available now on PS4.

A short and satisfying dungeon crawler with a litany of skins and crazy weapon designs to unlock and slash at a variety of enemies with. Co-op makes it a great family game when you combine it with how easy the game is. It may be a little long for how simple it is, but there is still a great five-to-eight hour experience here.