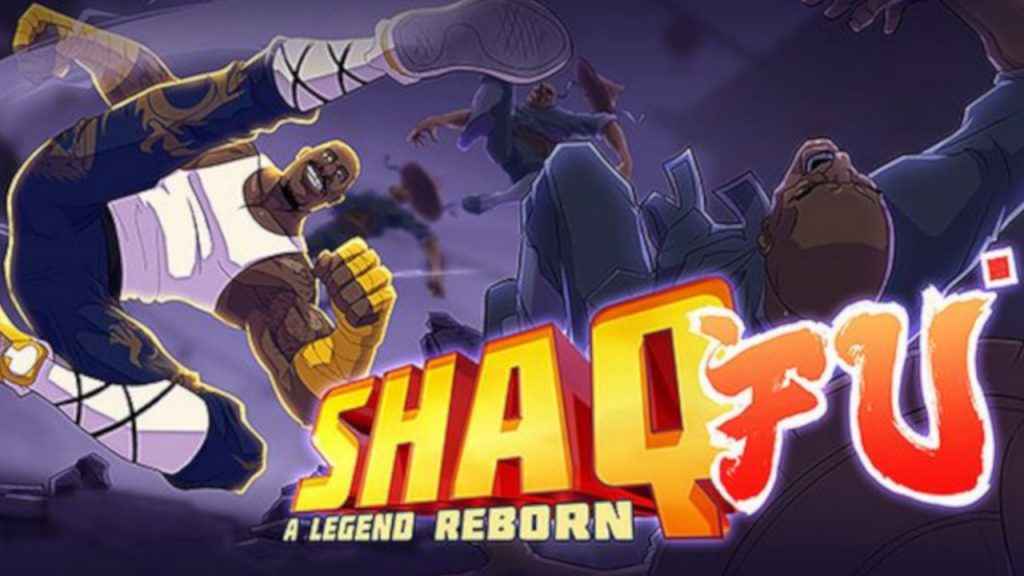 Shaq-Fu: A Legend Reborn tells the story of a baby Shaq who washes up at a small Asian village with a mysterious birth mark. He’s raised in martial arts after constant abuse for being to tall and different. Years after living in the village and learning martial arts, Shaq’s village is attacked by a mysterious group.

Shaw races off to defend his village and stop an all powerful evil from raising up and destroying the world. The story is beyond ridiculous One of the first lines at the start of the story even admits to having plot holes and there are plenty. What helps Shaq-Fu is the dialogue which I personally found funny but others may be quite disgusted by the stereotyping. However, it was clear to me that it was all done in good spirit.

I also found the constant use of Shaq-sponsored products placement funny as well. The icy-hot patch will heal Shaq much like a turkey would in older beat;em up titles. Some of music are also parodies of famous songs like Michael Jackson’s “Beat It.” It’s something you would expect from a Scary Movie or a Mel Brooks comedy.

Enemies in Shaq-Fu: A Legend Reborn are as stereotypical as they get. That’s not to say they’re bad, they just fit the design and style of the entire game. Gym-pumping meatheads run the streets of a fictional Bell-Air are just one example, while Kilt wearing Nazi’s live on an island preparing to start war.

Shaq-Fu: A Legend Reborn: As simple as it gets

Combat is standard for a beat’em up. Preforming combos comes with your slandered consecutive presses, but you can mix them up with the triangle button that allows Shaq to do a special attack which mixes things up nicely. As I progressed through the game I encountered certain enemies that can only be hurt using specific special attacks

Shaq also acquires two different suits that change up his fighting style during certain sections. A mech suit that just annihilates enemies but can overheat if you aren’t careful, and a cactus suit that shoots needles out and allows you clear waves of two hundred enemies that relentlessly attack.

This would have been a problem, but in all honesty the game is so easy that it didn’t really make much of an impact to have to use these special attacks. Weapons can also be used in the environment – beer kegs can be rolled like bowling balls, while sign posts used to smack enemies into the background and even into the screen.

Of course, boss battles can sometimes make or break a beat’em up game and thankfully the bosses in Shaq-Fu: A Legend Reborn are quite fun. Not only are they completely different but they all require different solutions to defeat.

One boss used her small little dog as a weapon while also summoning minions to help her while another used a power sword who then chose to get absolutely hammered with alcohol to send them into an unstoppable rage mode. They were all quite fun to face off against, but again much like the rest of the game they didn’t pose much of a problem ones you figured out their patterns.

The biggest problem with Shaq-Fu: A Legend Reborn is the lack of replayability. Once you finish the title there is no reason to go back except for trophies, or that you simply really loved the game. It also hurts that there is no co-op which at this point is a requirement for any beat’em up title. I would have loved to play the game with Shaq and Charles Barkley. Hell, any of the “Inside the NBA” cast would have been great and it would have made sense.

I enjoyed playing Shaq-Fu: A Legend Reborn for as long as it lasted. the enemies were fun to fight but none of them really posed any real challenge. The game even got easier when I got my special mech suit and cactus outfits. Despite my likes, the lack of any replay value or co-op really hurts A Legend Reborn especially when it takes just three hours to complete.

Shaq-Fu: A Legend Reborn is a fun title for as long as it lasts and a forgettable one once it ends.