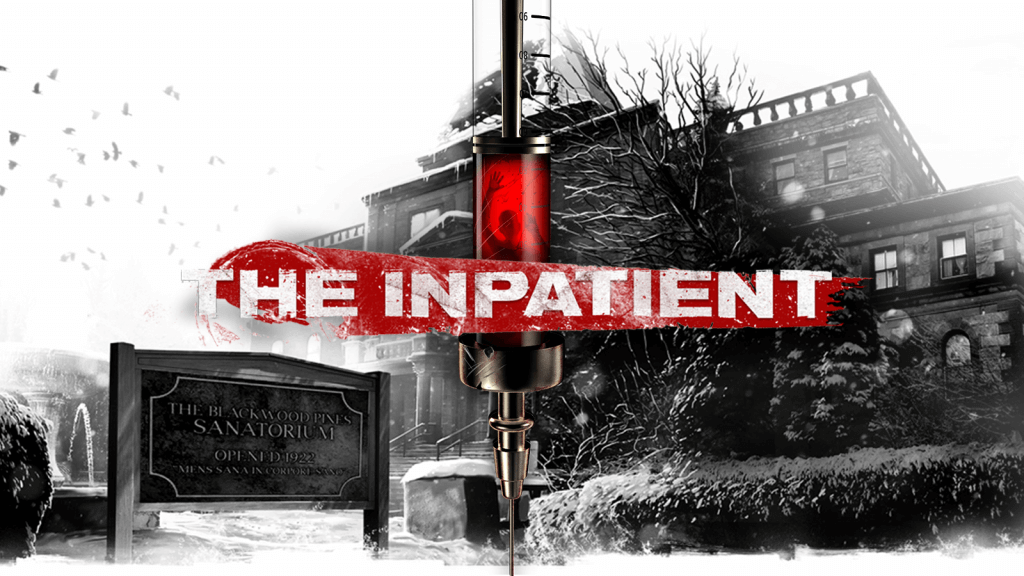 The Inpatient Review code supplied by the publisher.

A fun, though ultimately shallow and distant relation to the core game with which it shares its name, it's not unreasonable to posit that Until Dawn: Rush of Blood wasn't quite what fans of Until Dawn were expecting from the series debut on PSVR. So it is then that just past the one year anniversary of Sony's VR platform that we come to The Inpatient, a canonical prequel to Until Dawn that while bursting with atmosphere and visual flair, still manages to fall short of what we might expect from a new entry in Supermassive Games horror thriller series.

As the titular inpatient who views the proceedings from a first-person perspective, players begin the game strapped to a wheelchair as a fairly dimwitted orderly guides them through the winding and clinical corridors of a 1950s sanatorium; the game taking place some 60 or so years prior to the events chronicled in Until Dawn. Whilst bound to the chair, you're given opportunity to engage in conversation with said orderly and can reply in binary fashion; a sarcastic and confused response often being pitted against its honest and determined counterpart.

The Inpatient also makes use of the mic nestled away within the PSVR headset as it allows players to speak the lines which appear on screen and make their conversational choices that way. Though somewhat gimmicky in its concept and execution, being able to vocalise the lines is a neat little feature all the same and one which will surely elicit the sort of mild awe from PSVR newbies that the developer is counting on.

Once free of the wheelchair and secured away in your cell, you are free (to a limited extent, obviously), to walk around a bit and get a handle on the controls. For anyone who has cut their teeth on first-person PSVR games since the launch of the hardware, The Inpatient hardly feels like the leap forward that you might expect from second generation PSVR games, and indeed, in some ways, it even feels like a regression at times.

The Inpatient Review: This isn’t quite the Until Dawn prequel that we thought it was

Nowhere is this lack of evolution more keenly observed than in how The Inpatient facilitates movement around its gameworld. Controlled via the DualShock 4 or PS Move Controller, the fact that you can't run proves to be quite the rude awakening as you're forced into a grindingly slow, ponderous plod. Now, not being able to move faster than a drug-addled turtle wouldn't be a problem if you were able to at least teleport around the place (as even the earliest of PSVR titles allowed), but that isn't an option here either, the result being that exploring The Inpatient's ornately detailed environments becomes far more labrious than it otherwise should have been.

The painfully slow movement which the player is afforded has another, unexpected negative effect too; it robs The Inpatient of any kind of threat because whenever something does try and attack you, another character deals with it, or, some other non-interactive scene occurs that prevents you from having to worry about it. In short, The Inpatient's stodgy and draconian control scheme cruelly undercuts its central premise (this is a horror title after all), in a way that it should never have been allowed to.

The plodding nature of The Inpatient also reaches beyond player agency and extends to its pacing, too. Quite simply, there are very long stretches where characters just stand around talking and explaining the plot for minutes on end (despite the world going to shit around them), and while exposition is welcome in modest amounts, here, its overuse just makes The Inpatient feel even more sluggish still.

All the same, there are elements in The Inpatient that are well executed and help to lift the experience beyond the abyss that its array of shortcomings and maladies might otherwise have assigned it to. The visuals for example are sublime; making full use of handsome facial animation and motion capture technology that made Until Dawn such a visually arresting title when it arrived on our screens back in 2015, The Inpatient easily stands as one of PSVR's most visually accomplished efforts.

Likewise, the atmosphere can be positively intoxicating too, as nightmarish fever dreams coupled with dimly lit corridors and well-engineered frightening sounds all add up to give The Inpatient an aura of foreboding that at times can make you feel really uneasy. Additionally, for fans whose synapses have not yet been burned out by the constant jump scares and other such on the nose tactics that earlier PSVR horror games employed, The Inpatient serves up its own fair share of such formulaic thrills, so don't expect anything terribly innovative in the crap-your-pants department. Pointedly, much like how Until Dawn relied on genre shlock to unnerve and scare the player, so too does The Inpatient fall back on similar tactics with an abundance of old-fashioned jump frights in place of more considered and slow-burning dread.

Elsewhere, The Inpatient also boasts the same Butterfly Effect dynamic as its non-VR counterpart, Until Dawn. Though the scope of the mechanic is much smaller comparatively, there is impressive replay value to be found in The Inpatient as decisions that are made early on (as evidenced by the fluttering of imaginary blue butterflies), can result in entirely different folks surviving in one playthrough when compared to another, while some choices can even lead to entirely new situations and areas that were previously undiscovered.

Extending the longevity of The Inpatient's 3-4 hour story yet further, are the various memories that can be discovered in and around the game world. By interacting with highlighted objects in the environment, memories are triggered in turn that provide additional background to both the sanitorium and the character you play, and on a first playthrough at least, it's somewhat unlikely that you'll manage to find them all first time.

If the shadow of Resident Evil 7: Biohazard looms large then it does so with good reason; Capcom's first proper stab at PSVR was a great one and still remains, to this day, one of the very best games you can buy for the platform. Though The Inpatient is dripping with atmosphere and accomplished audiovisual presentation, it's simply far too plodding and pedestrian in its thrills to properly capitalize on the calibre wrought by Until Dawn.

Did you enjoy The Inpatient review? For more details on the game, check out the official hub for The Inpatient.

Additionally, if you’re up for more split screen and local PS4 games to play with your friends, why not check out our feature on the best PSVR games you can currently buy.

An entertaining if ultimately shallow instalment in the Until Dawn series, being the most visually stunning PSVR title to date isn't quite enough for The Inpatient to overcome its sluggish pace and reductive game design.