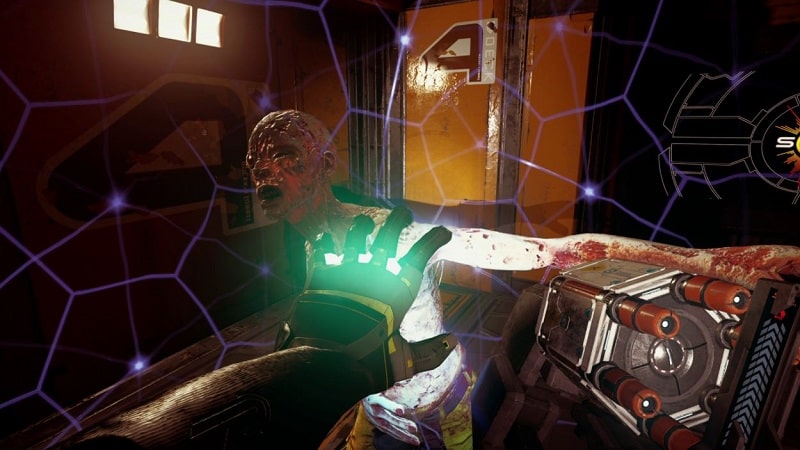 The Persistence Enhanced PS5 review. In its PS4 and PSVR incarnations, The Persistence was (and is, really) something of a superlative FPS stealth, horror hybrid which locked players in the deep, dark hull of a ship overrun by monsters as it slowly drifts into a black hole. Pretty heady stuff. In its second (well, third) bite of the apple, The Persistence now makes the leap to PlayStation 5 in enhanced form, offering a smattering of upgrades over the last gen versions of Firesprite’s underrated horror romp.

Given that this review will be mainly focusing on the improvements that The Persistence Enhanced brings to the table on PS5, you can immerse yourself in a much deeper critique of the game’s narrative, gameplay and mechanics in our original review, right here.

The Persistence Enhanced provides the sorts of upgrades that you would expect on PlayStation 5, albeit in an uneven way. The DualSense controller is brought to the fore with haptic feedback, which is both satisfying and palpable, but use of the adaptive triggers is sadly absent, making the implementation of DualSense functionality feel a little half-hearted as a result. 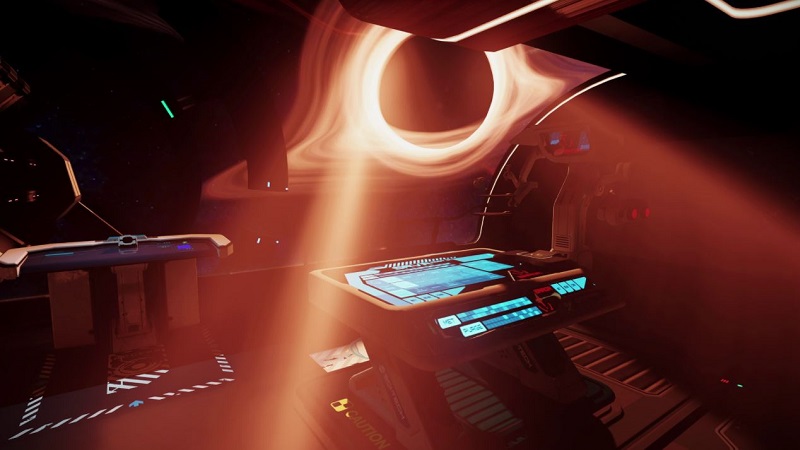 Though the new lightning fast loading times are welcome, allowing players to get stuck into the game with little delay or friction, where The Persistence Enhanced does its best work in terms of taking steps above and beyond what was accomplished on last generation platforms, is in the visual side of things which sadly, much like the DualSense implementation, is not all sunshine and face shooting.

First the good, though. The Persistence still looks great and on PS5, those visuals have been refined yet further still with a raft of visible improvements to lighting and texture work which help to elevate it above what the PS4 was capable of. Whether you’re carefully stalking your way down a dank corridor with occasional light flickers bursting into view, or examining the grotesque anatomy of an aberration up close before you see it off with a stealth attack, The Persistence has never looked better.

The most notable part of Firesprite’s approach to bringing the visuals of The Persistence kicking and screaming onto PS5 is the employ of everybody’s favorite new technical feature, ray tracing. In The Persistence Enhanced, the ray tracing options are broken down into ray traced global illumination and ray traced reflections options, allowing the player to choose one or both. The big problem however, is that when both of these options are selected, the framerate absolutely tanks; dropping from an otherwise rock solid 60 frames per second to a hugely unstable framerate that appears to lurk in the 30-50 frames per second area. 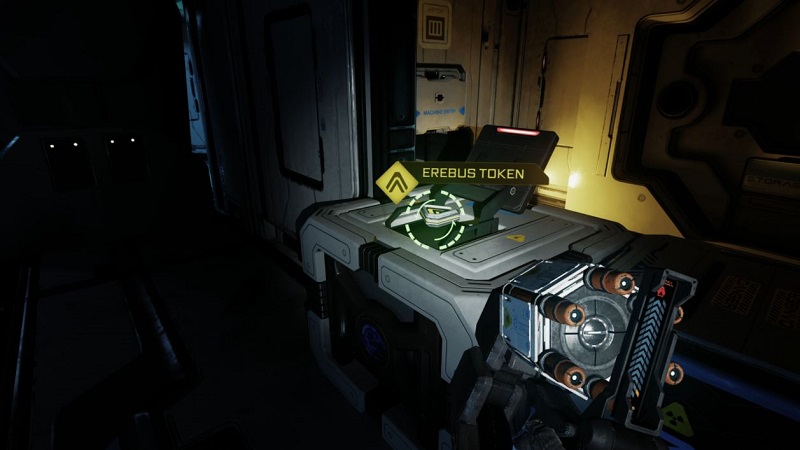 That said, if you enable just one of the ray tracing options, the framerate holds up for the most part, so in this sense if you want ray tracing, you’re essentially forced to choose between ray traced lighting and reflections. Given the impressive use of ray tracing in other titles whereupon performance isn’t quite so hammered, it’s difficult to not be disappointed. All the same, developer Firesprite is not an especially large team of folks, so on the other hand it also seems a touch churlish to be frustrated at this given their assumedly stretched resources.

Elsewhere, it’s not hard to think that more should have been made of the PS5’s other impressive capabilities. Indeed, given just how terrifying the horror setting of The Persistence is, the lack of 3D audio in particular seems like a missed opportunity and one that would have surely bolstered the dread of The Persistence’s impressive atmospherics yet further still.

This is the thing; The Persistence Enhanced looks a little better than the already polished PS4 version but largely, outside of faster loading times and haptic feedback, that’s it. Certainly, I would have more pointed criticisms to make if the upgrade to the PS5 version of the game for PS4 owners wasn’t free. As it is though, The Persistence Enhanced represents an incremental upgrade of an already highly enjoyable title (albeit one that is arguably more enjoyable in VR than without), but the extra work done here isn’t quite enough to entice a return to its dark and foreboding corridors if you’ve already been there and done that twice before.

Though The Persistence Enhanced represents the best non-VR version of what is a sizably satisfying stealth horror romp on PS5, the suite of upgrades, though welcome, is not roundly enough impressive enough to warrant previous players taking another run at the game. For the uninitiated that don't own a PSVR headset however, The Persistence Enhanced on PS5 is still a compelling proposition that unfurls into a taut stealth horror affair.