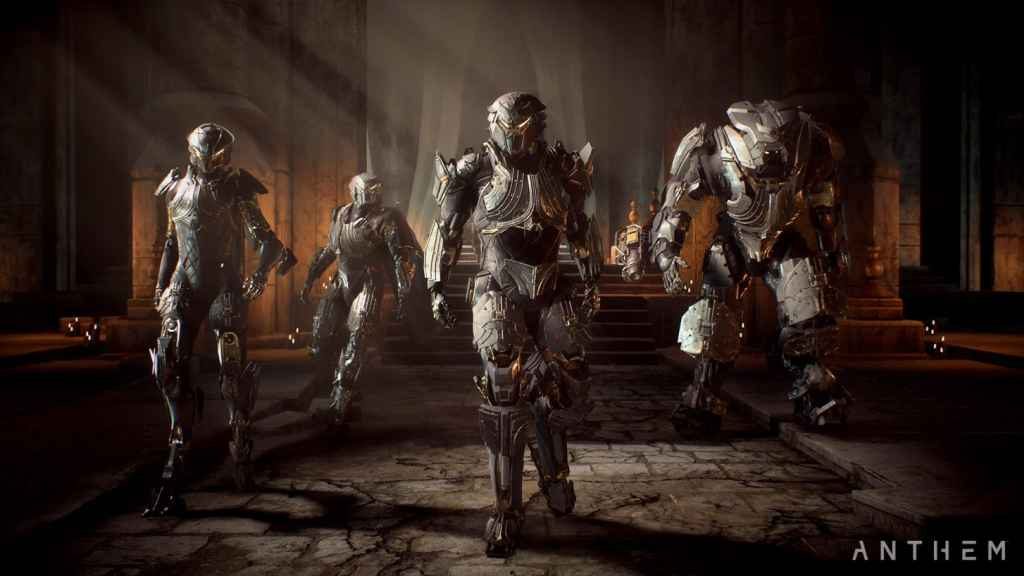 Playing in the Anthem demo over the weekend was quite an experience. Though the server issues and bugs partly plagued the VIP demo, what we did play we mainly enjoyed.

The following Anthem impressions are broken down between three of members of staff, who managed to spend a decent amount of time in Bioware’s new game world. Though this still isn’t enough to form solid overall impressions of how Anthem will perform, its storyline and how the gameplay will evolve, it provides a snapshot of our experience thus far.

From the moment Anthem was announced, Bioware’s multiplayer action-RPG has been high on my radar. A few weeks ago I got my first taste of gameplay with the short but oh so sweet alpha and was looking forward to spending the entire weekend exploring the VIP demo.

Things didn’t go as planned as the demo was plagued with issues that made getting into the game almost impossible. Perseverance paid off and after multiple restarts, I finally got in. Despite the problems, Anthem was fun gorgeous and left me wanting more.

When I wasn’t stuck in the infinite loading screen, I was surprised how good the combat felt, which was something I was worried about because as much as I love Mass Effect, I always felt combat was average at best.

I’m a shoot at everything type of player, but the melee was so fun and addicting that I found myself using it more than I have in any other shooter. Chaining melee together with traditional weapons and your Javelin’s superpowers makes for these amazing combinations that was extremely gratifying to pull off. Maneuvering and using a Javelin is almost instantaneously intuitive. There are four classes of Javelin’s each with their own personality and abilities. The demo first started you off with the Ranger, which seems to be the jack of all trades class and allowed you to unlock one more of your choice once you leveled up. I chose the hulking beast that is the Colossus. He’s clunky and slow but a master of destruction that takes a little more time to master than the Ranger.

On the last day of the demo, BioWare unlocked all four classes, unfortunately, I didn’t find that out until it was almost over but I can already tell when the game finally ships, I’ll be team Interceptor. The fluid movement and focus on melee are irresistible. The other class is Storm, but I had run out of time to properly test it out aside from a few minutes and not enough that I could properly form an opinion.

I experienced a few frame rate issues with some glitches and pauses, but oddly enough it was most notable while I was exploring Fort Tarsis and it never impeded my gameplay. I played Anthem on a PS4 Pro and it performed well and looked stunning. BioWare’s artists and level designers have created an impressive environment that I often just sat back and got lost in its beauty.

Loading screens seemed to be my biggest pet peeve in Anthem. Even when I wasn’t stuck in them, I found that the amount of time that I spent in loading screens to be unbearably long. The UI could use a makeover as navigating through it is somewhat confusing and far from user-friendly.

I feel if BioWare pulls off round two of the demo without the issues of the VIP demo they will restore a lot of faith and it should pave the way to a smooth launch. If not, If I were EA I would consider slightly delaying Anthem until all the bugs are worked out.

I firmly believe that you should not judge a game by its beta and despite the issues surrounding Anthem’s demo, I’m no less excited about the full release on February 22nd.

I was skeptical of Anthem when it was announced. Another games as a service I thought. But as time went on and I saw more and more of the game I started to get excited. Anthem started to look very promising and recently I finally got a chance to play it. Even with all the various server issues and crashes during the Anthem VIP demo this weekend, I did manage to get a significant number of hours in.

Even though it felt very limited in the demo, I did get enough of a gauge on what the main gameplay loop is in and what Anthem is about. I felt the missions, and especially the small part of the story we were treated to was interesting and left me wanting to know more about the world.

The combat system was enjoyable. Using combos and working as a team was important, playing the stronghold on the highest difficulty would have been near impossible without working with your squad mates. The various abilities available in the demo were varied and upgradeable which I liked, and getting new abilities from quest rewards and drops was a nice change to normal MMO-lite games. I enjoyed trying new combos out to see what worked efficiently.

The best part of the demo, in my opinion, was the movement. There is definitely something special about circumnavigating the map by flight and hovering around during your various skirmishes. Picking off enemies at distance with a sniper rifle while mid-air felt great and spinning through the air while evading enemy fire made me feel empowered. The whole movement system, when I got used to its controls, was excellent.

There were a few things I did not like. Walking was far too slow in Fort Tarsis and getting around was painful, although this was addressed on twitter by one of the developers and will be fixed in the release version of the game. There were far too many people in the hub I could talk to just to be met with a ‘not available in the demo’ message, these could have been removed for the demo but perhaps this would have made the hub seem too empty and sparse.

All in all, I enjoyed what I played of the demo but will reserve my full Judgement to see what content Anthem has to offer on release. I also hope the server issues are dealt with by then. I enjoyed my time with Anthem, playing with fellow members of the PSU staff was a blast, but of course it was hampered by a lot of problems. The biggest of which was the interface and menu systems which are some of the worst I’ve seen.

I couldn’t figure out how to do some of the simplest things, like changing the color of my Javelins armor or even inviting my friends. Constantly having to reload the game as well because of a bug that stopped the game from loading became tiresome as we would have to quit the world again and go back to the hub world to join up together again. Of course all these issues can probably be fixed by the launch of the game.

What I did love was the combat and flying around the world like Iron Man. The tight controls made shooting and fly a breeze but it was hard to pay attention to the communication going on in the story between characters during all the explosions.

Overall, I enjoyed Anthem when I actually got to play, though I’m hoping for a much smoother experience at launch.

Anthem is due for release on February 22, 2019 on PS4, Xbox One and PC. Bioware has also detailed some of the improvements coming to the open demo launch shortly.