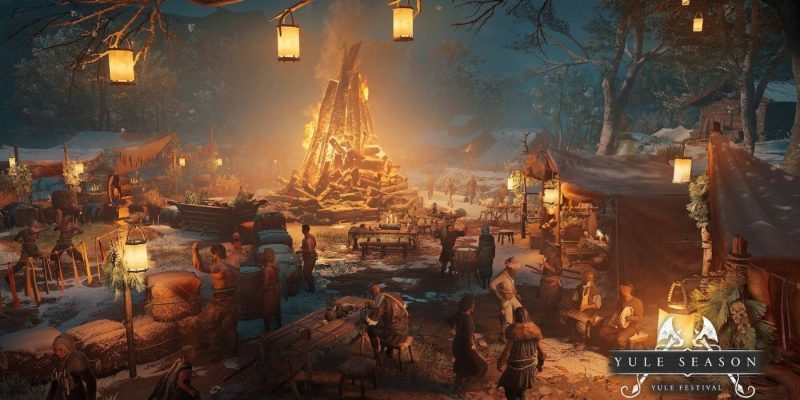 Assassin’s Creed Valhalla is like last year celebrating it’s Yule Festival for the season. However, this years festivities will carry on longer than originally planned, due to a bug that currently doesn’t allow some players to access the festival at all.

Ubisoft took to Twitter via the official Assassin’s Creed Valhalla account to let players know that not only were they aware, of the issue, but that the festival will be extended because of it.

We're working to resolve the issue preventing players from accessing the Yule Festival and will be extending the event so everyone has the opportunity to enjoy the winter festivities. We plan to deliver this fix in early January due to the holidays. Thank you for your patience.

Unfortunately though it seems like players will just have to wait until the holidays are over for the patch to go live, if the issue is causing you trouble. Although you can’t really blame Ubisoft, since the alternative is forcing people to work during the entire holiday season.

At the very least it’s good that it’ll be extended for all players to enjoy. In other Assassin’s Creed news, Ubisoft just announced that they’ll be giving Assassin’s Creed Origins a patch to run at 60 FPS.