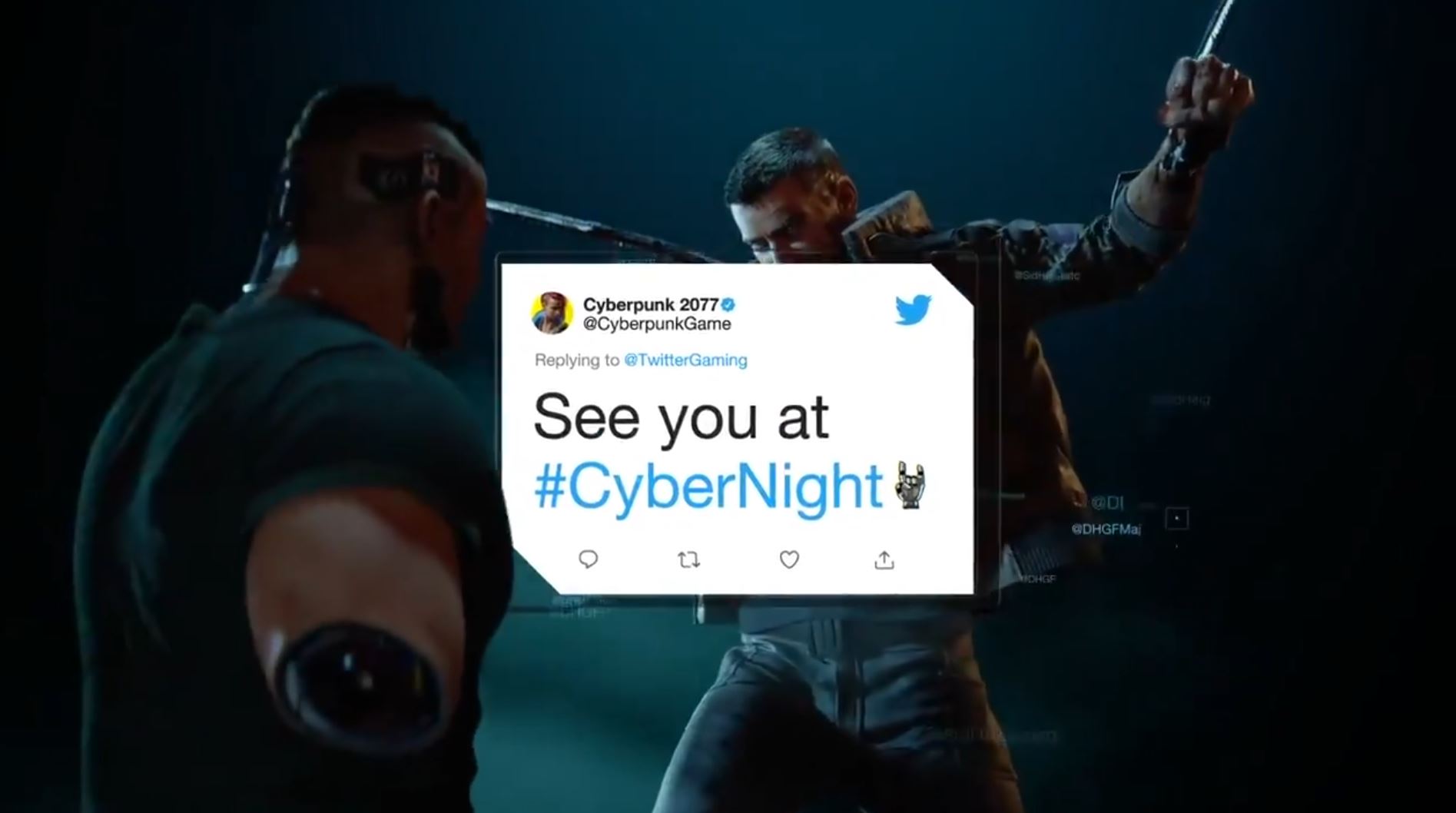 CD Projekt Red has teamed up with Twitter Gaming to host the Cyberpunk 2077 launch party on December 9, 2020, dubbed “CyberNight”.

Right now, we don’t have any confirmation of what this event is, but CD Projekt Red seem to suggest that it will be community-focused, with a short trailer for the launch party focused on tweets about the game since its original announcement in 2012.

We don’t have a lot of info about what will be shown in this party, but we can expect it to tie in with the fact that streamers and gameplay from the game will be released on the same day. We might even get some teases or announcements about future content coming to the game.

No matter if you have been Tweeting since day one or just recently joined us – we are thankful for our community here.
That is why we've teamed up with @TwitterGaming for something special #CyberNight
Dec 9th 3pm PT | Midnight CETpic.twitter.com/Ir73fTCI9W

Cyberpunk 2077 is officially releasing and collector’s editions of the game are being shipped early. As a result, players have found the install size to be smaller than first thought and CD Projekt Red has confirmed the game doesn’t have a 56 GB day one patch.