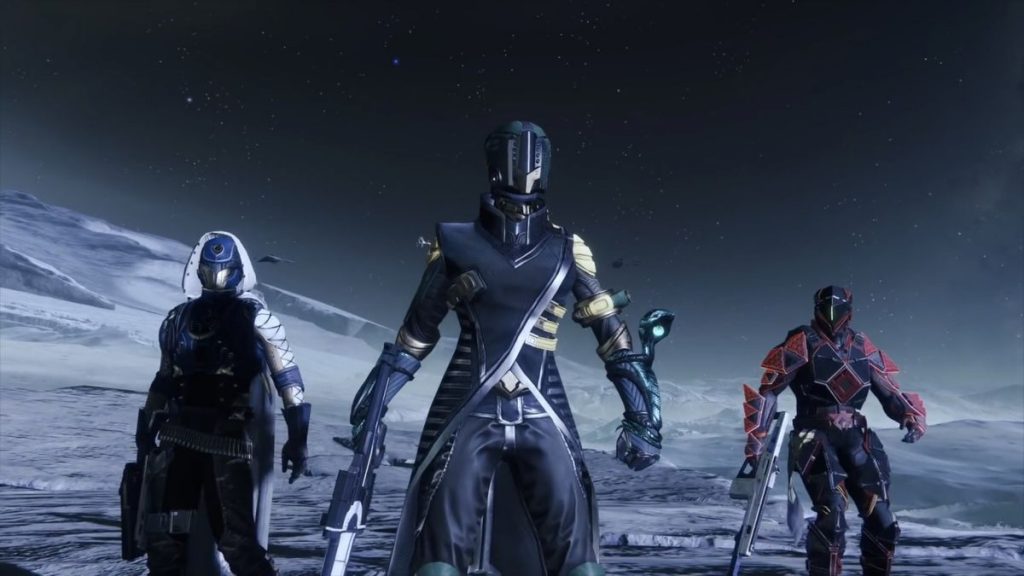 Transmogrification is a common happening in a lot of RPGs. It’s called many different things, but ultimately it means the same thing: to make one item look like another item while keeping the stats of the original item. Fans in Destiny have been asking for this for as long as I can remember, and the closest we got were ornaments. These ornaments only worked for specific gear and would only make them look one different way, or multiple different ways depending on how many ornaments you had for said item.

Nevertheless, Bungie was resistant to add a transmogrification in fear it would take away from the armor grind, and personally, I agree with them. In games like Diablo and Assassin’s Creed, once I found a look I liked I stopped chasing gear. I will look to see if the new piece would increase my stats, and when I see a green boost, I change the way the new piece looks and continue on my way. In Destiny, however, my look is either changing or I’m hunting for specific gear for a specific look and roll.

Close friends of mine that really look hard at the stats of each item, they get tell me that transmogrify wouldn’t take away from their grind. They are always looking for a better item and with transmogrify, they could focus solely on stats rather than stats and look. For me, even know I know they aren’t real, I enjoy knowing I have multiple pieces of physical gear, grinding for new gear sets instead of new stats. However, Bungie has seemingly done the impossible and has found out a way to make both groups happy in Armor 2.0.

We don’t know as much as I would like to about Armor 2.0 yet. We are unsure of how exactly to get the mods we will use on this new armor, or if the armor will drop from its original source. These pieces might have a special location/activity to get them all. I have some theories and hopes about these, but I’ll reserve them until the end. From here, we will only be talking about what we know about this new gear.

When Shadowkeep was announced, Bungie gave us a glimpse on how the Eververse gear would be reworked. Every legendary piece of gear will have the ability to change its look based upon the gear you have, and will, unlock from Eververse. This is the first half of Bungie’s new gear system, and the other comes with a bit more grinding. You can see all the information we have on the new Eververse gear here.

Now with the in-world gear, the system changes a bit. The point of Transmogrification is to get the gear to look how you want, while also getting it to function in a specific way. So in other RPGs, instead of running Crucible until you get a Crucible helmet with a perk that you have been hunting, you would play Crucible until you unlocked the helmet. If the helmet you were currently wearing was the roll you desired, you could just change the look of said helmet. Bungie is revising this.

Personally, with Transmogrification, it feels like my character has a clay suit on that I can reform when I unlock a piece of gear. The gear you get doesn’t feel like it’s a tangible object in the game world. This was always something that I enjoyed in Destiny, and with Armor 2.0 it seems like they are keeping that.

Each piece of gear will have removable mods. These mod slots are how you can personally customize your gear to your playstyle, while also maintaining the look you want. The randomization and grind will come in the form of hunting for specific mods. So, instead of, say, running multiple raids for the rolled gear you want, you only have to run it until you acquire the gear. After that, your grind will consist of finding the mods you want to attach to your new gear.

Ultimately, this will function the same at Transmogrification. You will be able to reduce the gear grind while modding the gear how you want while maintaining a look you enjoy. However, the reason I like Armor 2.0 is it retains the feeling like each piece of gear is different than another. I don’t have arms that can change their look, I have to put on a different pair of arms. Nevertheless, I can make sure they function the same.

What we don’t know

There is still a lot we don’t know. Where these mods will drop; how to level up your gear to have more mod slots; or how the inclusion of Discipline, Strength, and Intellect from the original Destiny will change how you grind gear. Bungie has just announced that, on August 14th at 10 AM Pacific, they will be live streaming the new Armor 2.0 system. Until then, we can only speculate.

Personally, to keep the illusion of gear grinding, I hope that you get mods from dismantling gear with the mods you want attached to them. This will ensure that the acquisition of new gear is needed if you want to mold the gear you currently have. Specific mods may only be found on gear from specific activities like Crucible, Gambit, and Raids. This maintains the importance of these activities but just changes the item your hunting for.

All of the information we are missing will be revealed on August 14th. We will be covering the live stream and bring you all of the information that comes out from the stream. From now until October 1st, the new launch date of Shadowkeep, we will be covering all of the inevitable Destiny 2 news. As well as continuing with the exotic how-to guides, and opinion piece. We are excited about Destiny 2: Shadowkeep and we hope you are as well. Keep your eyes up to PSU, Guardian.