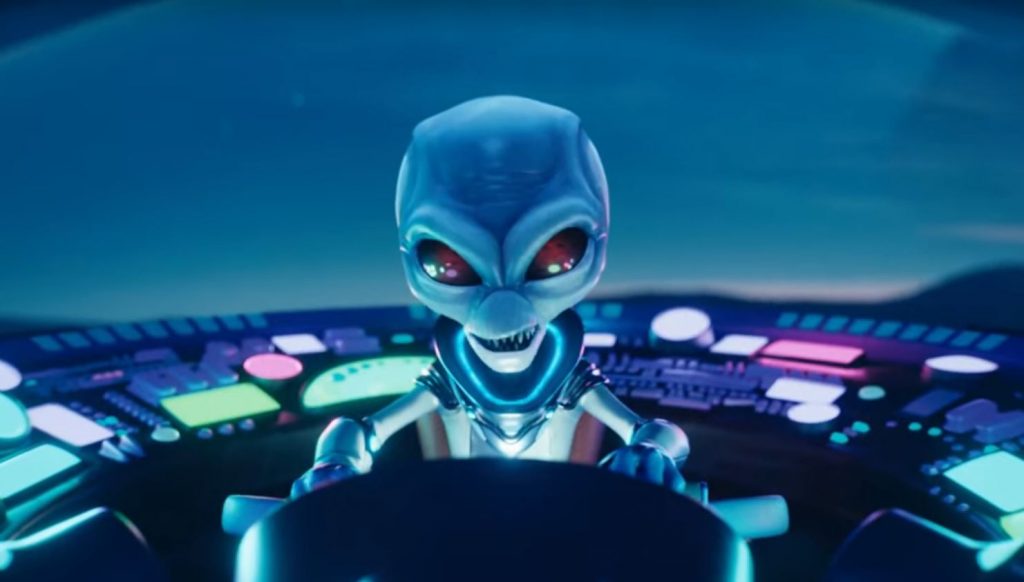 Destroy All Humans! is getting a remake next year. The game, which is developed by Black Forest Studios and THQ Nordic, was unveiled at E3 2019.

The game is a loving recreation of the cult-classic which originally released back in 2005. An Amazon US listing details some more features about the game:

You can check out the somewhat strange announcement trailer below, which is full of aliens hypnotising humans and dancing?:

This Destroy All Humans announcement comes just days before E3 2019 kicks off. E3 is set to host eleven different press conferences. You can watch all of the livestreams, as well as every conference pre-show and post-show at E3 2019 on our E3 2019 Livestream page.

THQ Nordic has also announced a brand new Darksiders game called Darksiders: Genesis. On top of that, we got a look at the remake for a cult-hit SpongeBob game titled: SpongeBob SquarePants: Battle For Bikini Bottom – Rehydrated. That is all of the announcements THQ Nordic were planning this week.

Destroy All Humans! comes to PlayStation 4 in 2020.

Are you a fan of the series? What is your excitement level for this remake?