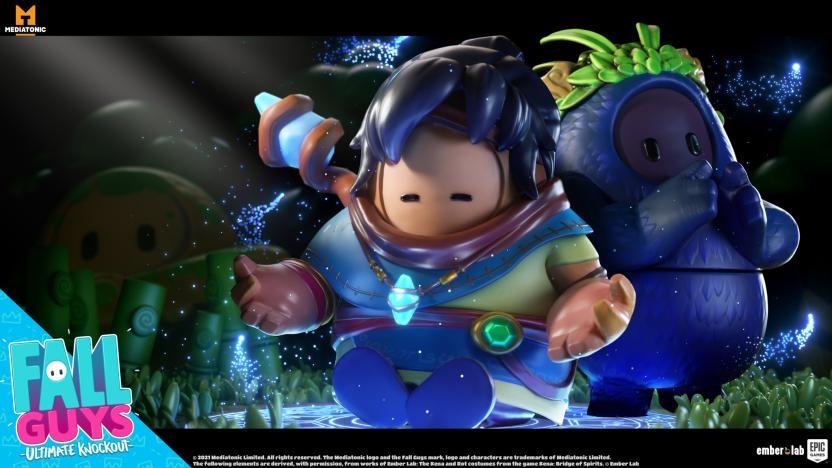 Mediatonic has announced yet another crossover for Fall Guys: Ultimate Knockout, and this time it’s doffing is cap to Kena: Bridge of Spirits.

Costumes based on Kena and Rot will be available starting September 21, with the second batch available on September 24. Each outfit set will set you back 10 Crowns in total; they cost five Crowns for each half, as per the norm.

Very excited to announce that Kena and Rot will be spiriting their way into Fall Guys!

At this point Fall Guys seems to be having quite the love affair with PlayStation-exclusive IPs, as it’s previously welcomed Ratchet & Clank into the fold with a limited-time event based on the dynamic duo.

Fall Guys was released on PS4 and PC back in August 2020, and you can read our thoughts on the game here. Meanwhile, Kena: Bridge of Spirits is pencilled in for a September 21, 2021 release on PS4, PS5, and PC following a delay.