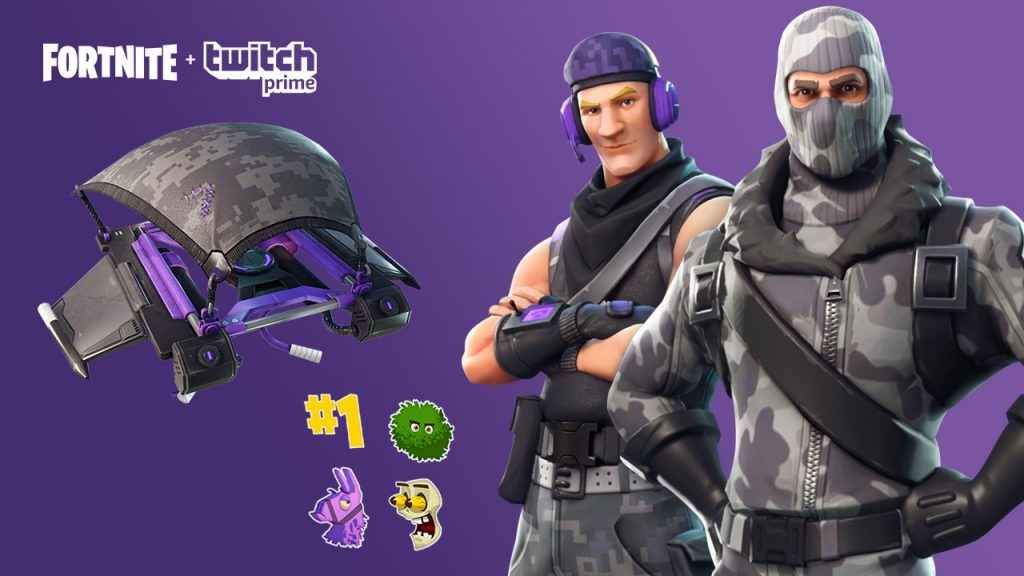 There's some Fortnite Battle Royale loot being given out to Amazon Prime members, who are also signed up to Twitch Prime. The Fortnite Twitch Prime Pack is available on all platforms, including PS4.

Included in the pack are the Sub Commander and Slipstream glider, and a couple of outfits: the Havoc Outfit and Back Pling. There's some exclusive chat emojis that you can use on Twitch, and there's two heroes for Save the World: Havoc and Sub Commando Jonesy.

The Fortnite Twitch Prime Pack is easy to redeem. You just tap on the Prime Loot icon on the main Twitch page when you're signed in. You'll have to have your Epic Games account linked to your Fortnite account too.

Don't forget, you can also pick up the PlayStation Plus Celebration Pack exclusive to PS4. Despite the rocky Fortnite servers over the last couple of days, things are looking mighty break for Epic Games.

Having launched Fortnite Mobile on iOS this week, there Blitz mode has also landed. This limited time event for Battle Royale keeps matches down to a maximum of 15 minutes, and the Eye of the Storm moves in more quickly.