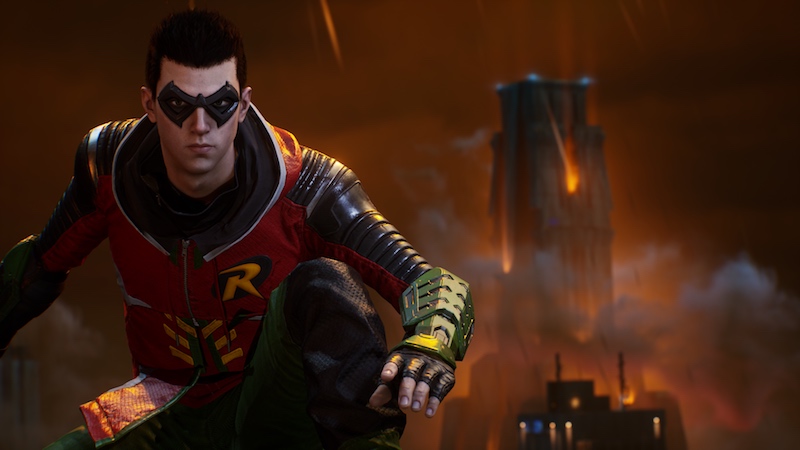 The Gotham Knights Story, as taken from the official synopsis for the game, is as follows:

“Batman is dead. A new expansive, criminal underworld has swept the streets of Gotham City. It is now up to the Batman Family; Batgirl, Nightwing, Red Hood, and Robin; to protect Gotham, bring hope to its citizens, discipline to its cops, and fear to its criminals. From solving mysteries that connect the darkest chapters in the city’s history to defeating notorious villains in epic confrontations, you must evolve into the new Dark Knight and save the streets from descent into chaos.”

No, Gotham Knights is not part of the Batman: Arkham universe according to developer Warner Bros Montreal.

Yes, Gotham Knights does have co-op. Players can elect to play the entire game either in single-player or online with another friend assuming the mantle of one of the other protagonists.

Gotham Knights Story – Who Are The Playable Characters

The currently known Gotham Knights playable characters are as follows:

Naturally, as more is known we’ll be sure to update this guide.

While the Gotham Knights preorder details, we’ll be sure to update them here as we get closer to the 2021 release window on PS4 and PS5.

As yet, the Gotham Knight DLC and season pass details have not been revealed. As soon as they are we’ll be sure to update this guide.

Announced at DCFanDome on August 22, 2020, Gotham Knights was finally revealed for PS4 and PS5 after being in development at Warner Bros Montreal for over three years. You can catch the original announcement and the first full gameplay walkthrough right here.