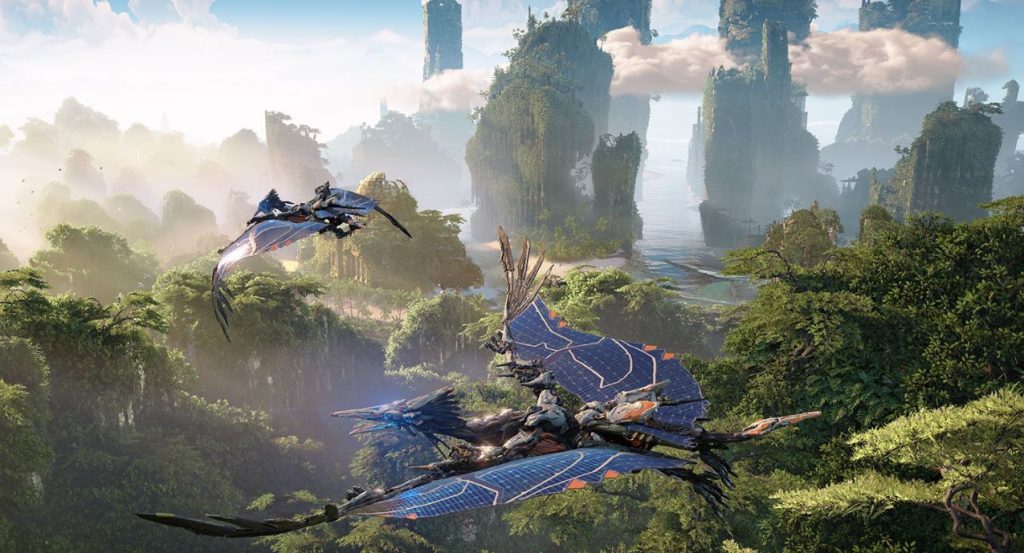 Guerrilla Games has detailed a new Horizon Forbidden West machine called the Sunwings, which were seen in the game’s reveal trailer.

The machine was revealed as a part of Guerrilla’s Meet The Machines Twitter series, highlighting what we can expect in 2021. The machine is described as a fast and nimble flyer and they use their photovoltaic wings to store energy. They are often hovering in the air on bright days to catch as much sun as possible and store that energy.

You can see the brief tweet below and catch up on the two previous machines Guerrilla showcased, the Bristleback and the Shellsnapper.

Fast and nimble flyers, Sunwings are acquisition-class machines that use their photovoltaic wings to store energy. On bright days they can be seen hovering high in the air, to catch as much sun as possible.#HorizonForbiddenWest #BeyondTheHorizon pic.twitter.com/YntWYMm2HA

Announced at the PS5 reveal event, Horizon Forbidden West is set to be a big showcase title for the PS5 as Aloy heads West on a journey with virtually no loading screens. To celebrate the game’s announcement and the return of the Horizon franchise, Guerrilla recently released some beautiful wallpapers you can download.

Meanwhile, Horizon Zero Dawn is set to release for PC next month and feature a bunch of features that will make it the definitive edition of the game. With that release, Sony has also updated the first game’s original logo to match Forbidden West’s styling.