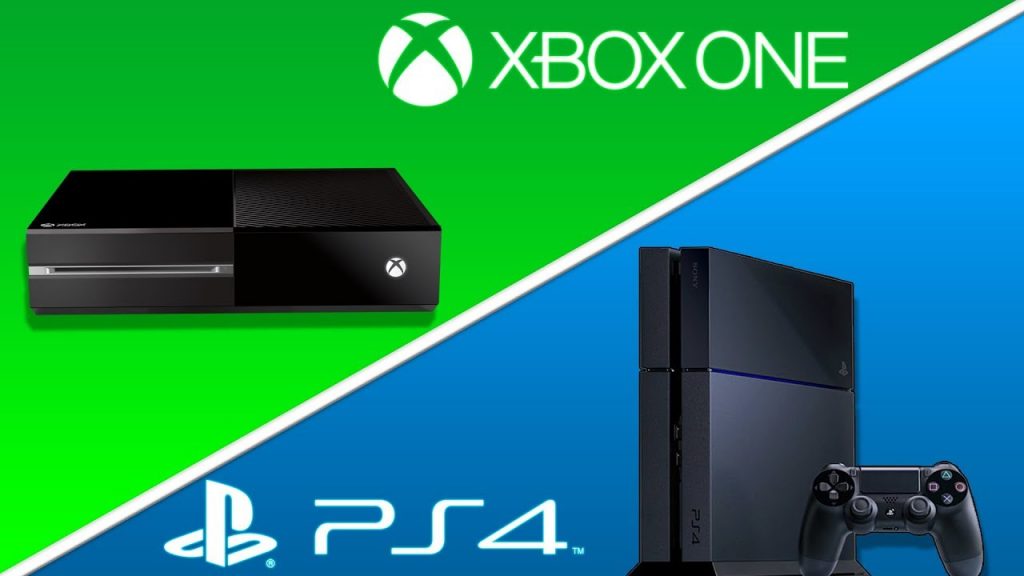 Is PS4 better than Xbox? Well, do you remember Harry Hill’s TV Burp? Specifically, that segment when he pitted everything from TV characters, food, and construction vehicles against each other to see what was better? Well, I’m here to do that with PS4 and Xbox One! Well, sort of. While I’d love to dress up as the funny man and yell ‘FIIIIIGHHTT!’ and have two of my colleagues waddle on-stage in PS4 and Xbox One costumes, you’ll have to make do with your imagination for now.

But seriously, stay with me here. While the days of primary school kids yelling at each other red-faced about what system is better than the other, it’s still a genuine question that people want to know: Which is better: Is Xbox better than PS4?

Let’s have a look the facts, but sprinkle it with a bit of old-fashioned fun for good measure.

Which Is Better PS4 Or Xbox?

Which Is Better PS4 Or Xbox – Exclusives – Winner PS4

Sorry Microsoft, but PS4 wins this one hands-down. Sure, Xbox has some belters such as Gears of War, Halo, and Forza, but overall, the quality of exclusives for Microsoft’s box has been a bit disappointing this generation. Sea of Thieves comes to mind in that respect, which wasn’t exactly ship shape on arrival.

PS4 on the other hand has quality and quantity. There’s God of War, Horizon Zero Dawn, and Uncharted 4: A Thief’s End for starters, but when you add in Gran Turismo Sport, The Last of Us: Remastered, Concrete Genie, Bloodborne, inFAMOUS: Second Son, Street Fighter V, Yakuza 6: The Song of Life, and Spider-Man, there’s really no competition.

To be fair, the Xbox 360 had some stonking exclusives, which is perhaps why the Xbox One’s offering are conspicuously lacking in some areas.

Which Is Better PS4 Or Xbox- Online – Winner Xbox One

I’m probably going to catch a lot of flak for this one, but personally speaking, Xbox Live takes this. For reliability alone, Microsoft’s online infrastructure kicks Sony’s to the curb. I’ve lost count the number of times I’ve been booted out of a game online, PSN refusing to work, or any other such issue has cropped up.

Xbox Live on the other hand, hasn’t had anywhere near the number of problems from my experience. In addition, the lineup of Xbox LIVE Gold games have been far more varied in my humble opinion, and the quality of the games far better.

That’s not to say PSN is a load of tosh. It’s not, but in my humble opinion, Microsoft has just delivered a more robust and reliable service.

Which Is Better PS4 Or Xbox – Performance – Winner Xbox One X

Whether we like to admit it or not, folk love their games to look the dog’s bollocks. The PS4 and Xbox One are pretty much equal in terms of horsepower if you’re comparing games side-by-side, but it’s when you consider the PS4 Pro and Xbox One X that things really start to make a difference.

Honestly, if you’re making your purchase decision based on how games look on the standard PS4 and Xbox One, then you should perhaps look elsewhere. There really isn’t a substantial difference to give one machine the edge over the other. Xbox One X is on paper the more powerful console, but PS4 Pro is still a powerhouse capable of offering some gorgeous 4K resolution and frame rate enhancements.

However, if you’re factoring in the Xbox One S too, then you have the added advantage of a base Xbox console with 4K capabilities for video playback, as well as upscaling games to 4K. The standard PS4/PS4 Slim does not do this.

Still, PS4 Slim looks way prettier than the Xbox One S, which counts for something, right? Right??

Which Is Better PS4 Or Xbox – Controller – Winner PS4

Although Microsoft has done well in iterating on its Xbox Controller in terms of the hugely capable (though eye-wateringly expensive) Elite Controller Series, for my money, Sony still rules the roost where controllers are concerned.

Which Is Better PS4 Or Xbox – Hard Drive – Winner PS4

The boys and girls at Sony have a clear advantage in this area, as the PS4 allows users to upgrade their internal hard drive if required with ease, whereas on Xbox One it’s a massive pain to do this .

Both systems support the use of external hard drives, but it’s definitely a bonus for PS4 owners that you’re able to swap out the internal drive if you want to pretty easily.

Which Is Better PS4 Or Xbox – Backwards Compatibility – Winner Xbox One

While the PS4 can play digital versions of PS2 games from PSN and emulate PS1 and PS3 games through its PlayStation Now service, it’s a far cry from what Microsoft has been able to do with the Xbox One.

Not only is the Xbox One backwards compatible with Xbox 360 games from the previous generation (you just pop in your discs and play), but Microsoft’s console can also play games from the very first Xbox, too. Add in 4K and frame rate enhancements for Xbox 360 and original Xbox games played through the Xbox One X console and Microsoft clearly wins in this area. Sony for its part though, looks to be making some changes in this area.

Which Is Better PS4 Or Xbox – RAM – Winner Xbox One X

Both the PS4 and PS4 Pro possess 8GB GDDR5 memory, while the Xbox One and Xbox One S are packing 8GB of DDR3 RAM. The Xbox One X, however, is the clear winner in this respect, with a meaty 12GB of GDDR5 RAM.

Again, things could well change when the PS5 rolls around.

Which Is Better PS4 Or Xbox – User Interface – Winner PS4

Look, there’s no getting around it – the user interface on Xbox One is *awful*. A convoluted tiled mess that is confusing to navigate and slow to respond, Microsoft really need to get this sorted for tits forthcoming Xbox Series X console, as it borders on being one of the most consumer hostile interfaces I have ever seen.

In stark comparison, the PS4 UI is a joy to use. Simple to navigate, easy on the eyes and super fast, whether you’re playing games or multitasking with a Twitch stream, using the various functions of Sony’s console is made effortless by it user interface. Bravo.

Which Is Better PS4 Or Xbox – Game Capture – Winner PS4

Arguably, the most defining aspect of this console generation has been the ability to capture and share images and footage from the games that we play, and while both consoles support this, the PS4 clearly has the advantage.

Why you ask? Well, while the Xbox One can only support video capture up to 30 minutes long, PS4 owners are able to capture video up to an hour long, while the presence of free tools such as the Share Factory allows a far greater degree of editing and creative freedom too.

Tipping the scales at over 5 million units sold (as of this writing), Sony has dominated the VR space with its PSVR headset which is exclusive to PS4. With a range of absolutely cracking games that includes the likes of Astro Bot, Moss, Blood & Truth and much more, Sony looks set to continue its dominance of the VR gaming space as we go into the next-generation of PlayStation consoles.

The Xbox though? Doesn’t even support VR. An easy win for the PS4 then!

Which Is Better PS4 Or Xbox – Game Streaming – Winner PS4

Through its long established PlayStation Now streaming service, Sony has been able to boast a massive library of 700+ games from an ever-increasing well of PS1, PS2, PS3 and PS4 games for folks to stream on the fly from their PCs, Smart TVs and mobile devices. More than that, PlayStation Now not only allows non PlayStation owners to hook up a DualShock 4 via Bluetooth for that authentic feel, but it also allows PS4 owners to download PS4 games from the service for as long as they subscribe.

Microsoft on the other hand, is only starting some tentative moves in this area with its Project X Cloud streaming service, which though promising, is still in an extremely early form with a very small library games and selection of supported accessories.