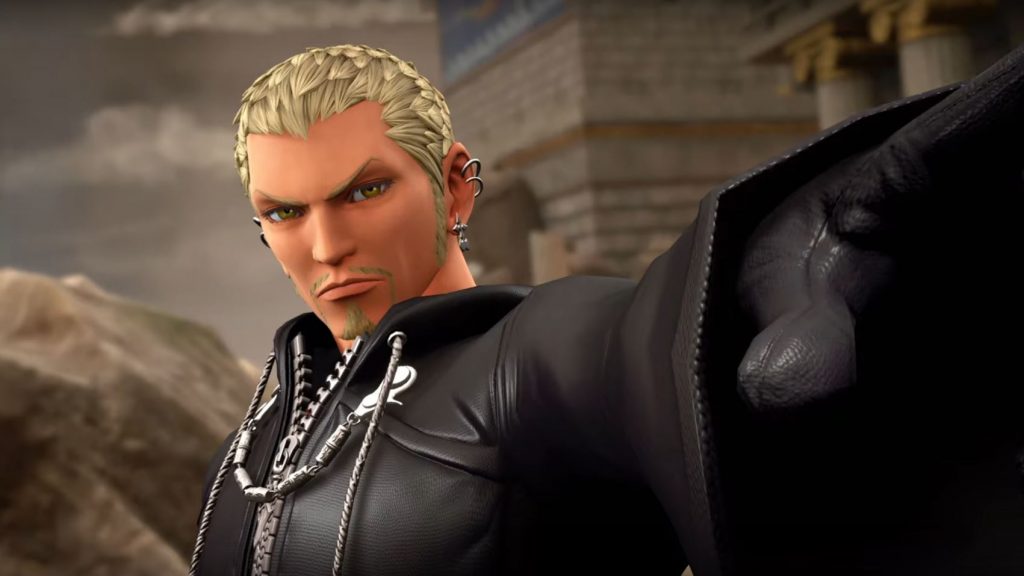 The first batch of Kingdom Hearts 3 DLC has been revealed just before E3 2019 by Square Enix at a concert for the game. This DLC, entitled Re:Mind, is set to hit PS4 this Winter.

The big takeaway is that players will be able to battle as Aqua, Roxas, and Riku. As someone who has literally no idea about what is happening in this trailer, I will mention some of the scenes that IGN highlighted, full credit to them.

Young Master Xehanort appears to be speaking with another hooded figure, who IGN speculate is the Master of Masters. Sora can also be spotted wielding the Oathkeep Keyblade. He also takes on a brand new form. Finally, a mysterious conversation between Luxord and Xigbar is shown.

You can check out the Kingdom Hearts 3 Re:Mind DLC trailer below.

Kingdom Hearts 3 originally released back in January. We loved it and gave the game an 8/10 in our review. DLC was officially announced for the game a few months ago at a concert. If you can’t get enough of Kingdom Hearts 3, then a board game is on its way focused on the beloved franchise.