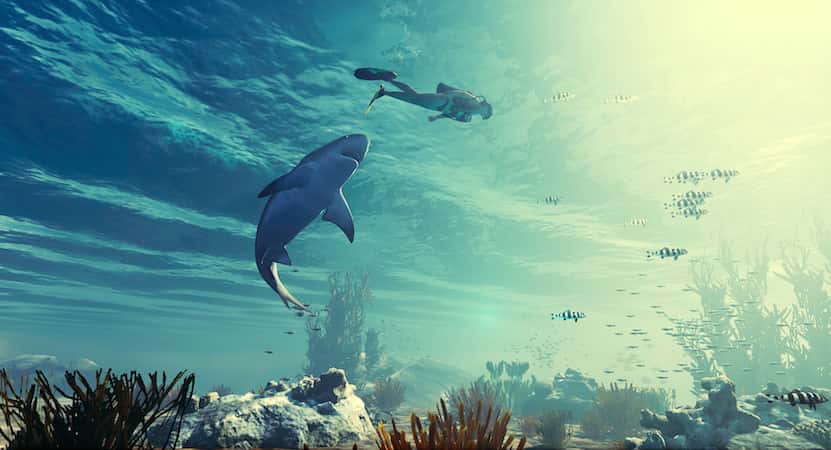 In an interview with the folks over at Wccftech, CEO of Maneater developer Tripwire Interactive John Gibson spoke at some length about the promise of next-generation console hardware.

Specifically, stating that the more powerful GPU and CPU architecture when taken in tandem with super fast SSDs and additional RAM, all add up to a sizeable generational leap over what PS4 and PS4 Pro gamers are enjoying right now:

Without giving away anything I’m under NDA with, I think they’re a major generational leap.

Some of the things that people are talking about like SSDs, well, people tend to think about faster GPUs and faster CPUs, but 5200 RPM hard drives are terrible with long load times. We have an open world game like Maneater and it means we can only have the shark move so fast because other things can’t stream in in time. It really opens up what you can do with the game. The other things like the faster GPU and CPU, those things are great too, [and] more RAM. All of those things are a pretty big generational leap. I’m really excited about what we’ll be able to do with our current and our upcoming games on new hardware.

Furthermore, when questioned about the likelihood of Tripwire’s hugely fun looking, open-world shark murder yarn Maneater coming to PS5 and Xbox Series X, Gibson was a little more tight-lipped, but hinted strongly that a PS5 version of the game will be happening.

I can’t officially confirm anything but it’s always our goal to bring our games to as many places as possible to get the games in the hands of as many gamers as possible.

So there we have it – as anticipation for the reveal of the PS5 and Xbox Series X hits a fever pitch, yet another developer seems tech-struck by the capabilities of the next-generation consoles. Are you still excited, or just fatigued by the torturous wait for an official reveal? Let us know in the comments!