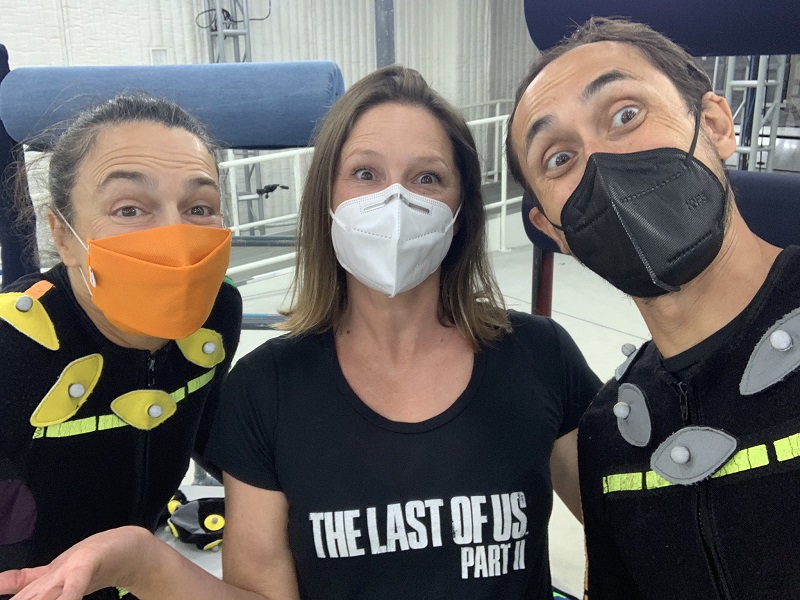 Naughty Dog of course never stopped creating once The Last Of Us Part II launched, but there’s still an air of mystery around what exactly they’re working on, and while we still don’t have exact answers, a tweet from one of the developers today indicates they’re in the motion capture studio, definitely doing something.

The question though is of course what, as we do have a few possibilities. It could be motion capture work for animations for The Last Of Us Remake that is allegedly in development, it could also be motion capture work for Factions, the multiplayer mode born out of The Last Of Us franchise that is now getting a standalone release, or it could be work for their new multiplayer game, or just some other IP altogether.

The tweet in question comes from Marianne Hayden, senior cinematic animator at Naughty Dog, posting a picture with Mark Musashi and another actor. What’s curious and indicative of this being work on The Last Of Us Remake or Factions however is the fact that Mark Musashi is a stunt actor who’s done work for Naughty Dog games since the original release of The Last Of Us.

Whatever the case, they’re definitely working on something. We just hope we get to hear more about what it is soon.