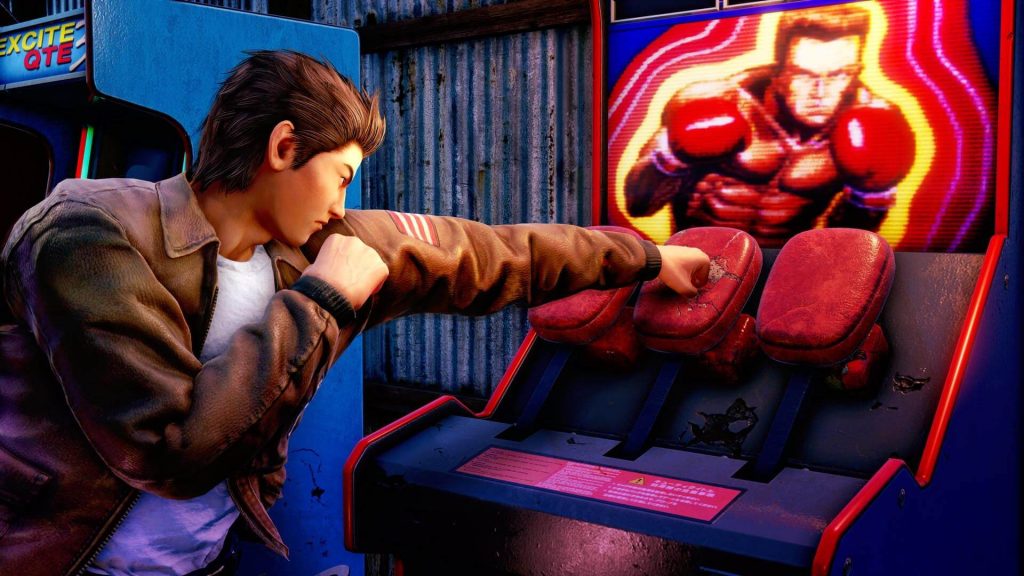 The fact Shenmue 3 is actually happening still elicits random ‘pinch-me’ moments every now and then. I mean, I’ve been waiting for Ryo Hazuki and Shenhua to escape from that ruddy cave during Shenmue II’s supernaturally-charged climax for 18 years. Yes, 18 years. In that time, Buffy the Vampire Slayer ended, Grant Mitchell returned to EastEnders twice, and The X Factor’s Louis Walsh somehow started to de-age. Probably got some tips from Simon Cowell on that front, but I digress.

Shenmue 3 is coming out in November, and this week at E3 2019, we got another solid look at Yu Suzuki’s long-awaited Martial Arts revenge opus. And boy, did it look rough in places. But you know what? It worked.

In fact, Shenmue 3 stood proud as the antithesis to all the ostentatious, Hollywood bombast of the likes of Marvel’s Avengers, Final Fantasy 7 Remake, and Ghost Recon Breakpoint, and there’s the fact we got actual gameplay footage of it too—more than can be said for a sizable chunk of this year’s offerings.

The E3 2019 trailer was quintessentially Shenmue. From 18-year-old Hazuki’s stoic responses, the stiffness of the dialogue, and the conspicuously playdough-looking character models. But really, would you want anything else? Shenmue 3’s not built on the backing of major publisher budget; it achieved $7 million on Kickstarter, sure, but expecting it to get up on stage, oiled up, and flex the same technical muscle as the other games we’ve seen this year is totally laughable.

In fact, it’s Shenmue 3’s dated aesthetics that give it its charm. The original two games came from the Dreamcast era after all, and while advances in technology has obviously allowed Suzuki and his team at Ys Net to spruce things up a bit, it’s important that Shenmue 3 still looks like a Shenmue game. Those idiosyncrasies are part of its charm.

There’s a distinct cohesion in the look, feel, and sound of everything we’ve seen; the design link between the original games and its sequel is palpable, which is crucial. Shenmue 3 doesn’t need to blow you away with scrumptiously-detailed landscapes and nuanced facial animations; it just needs to be honest with itself, to deliver something that fans recognize as a Shenmue game.

With E3 2019, Shenmue 3 continues to deliver this in spades. That’s not to say that the extra technical grunt of PS4 isn’t welcome, though. The fluidity of Ryo’s meaty punches and kicks look great, as does the picturesque environments of rural China that you explore. Looking at the new trailer, Shenmue 3 appears as though it belongs somewhere in the mid-2000s, around the time when we thought it would have originally been released. And that’s just bloody grand.

This is unmistakably Shenmue — and for that reason, for me, it impressed just as much as anything else the show coughed up this year. Avengers? Sure, it looks promising, but how does it play? Deathloop? Again, all CGI smoke and mirrors.

With Shenmue 3, I know exactly what I’m getting, and I find that overwhelmingly refreshing and honest.