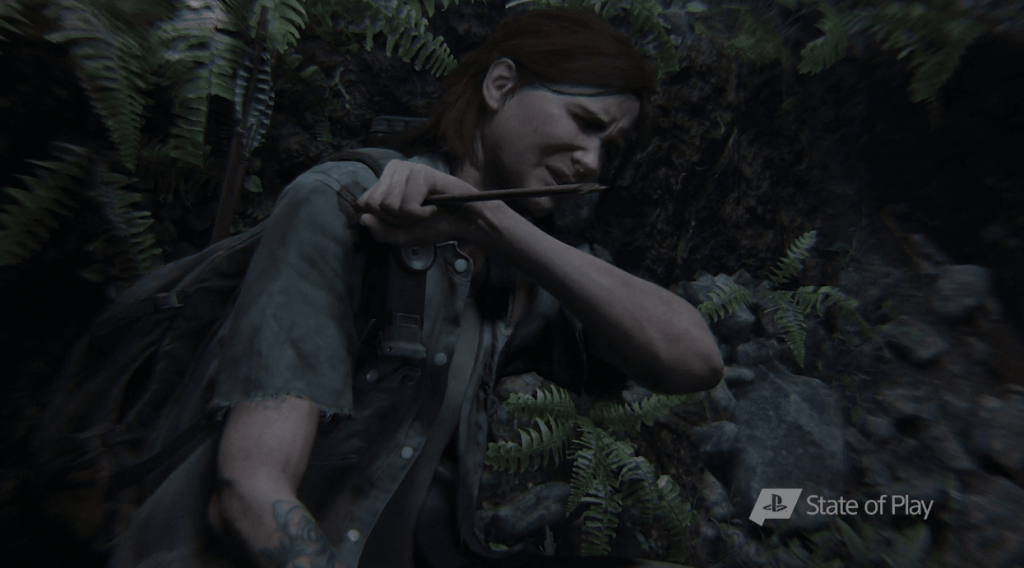 Naughty Dog has released a new video for The Last of Us: Part 2 in wake of the recent press hands-on demo, offering further insight into the highly anticipated sequel’s story and gameplay. We’re given a look at some of the new mechanics, including the ability to go prone and crawl through grass to evade enemies Solid Snake-style.

New The Last Of Us: Part 2 Gameplay Revealed

As mentioned, Ellie will not only have expanded stealth options in The Last of Us: Part 2, but Sony’s misbehaving pooch has attempted to humanise enemies more, as each foe has their own name and will react to someone being attacked or killed.

Dogs are also featured in the game, adding a fresh dynamic to combat. Not only are the vicious buggers if they get hold of Ellie, but they can track your scent and are immune to stealth kills.

The Last of Us: Part is scheduled to ship exclusively for the PlayStation 4 on February 21, 2020. The game will be available in five different versions, including a US-exclusive Ellie Edition, and will ship on two Blu-ray discs.

Naughty Dog has described The Last of Us: Part 2 as its ‘most ambitious and largest‘ game to date, and this week revealed that it scrapped plans for a multiplayer component as a result. However, it later confirmed its efforts will come to fruition at a later date, indicating might be a standalone experience.

The Last of Us: Part II takes place five years after the events of the original game, with players controlling a 19-year-old Ellie as she embarks on a mission of revenge. Joel will appear too, although the extent of his role in the game remains unknown at this point.

Check out the latest batch of screenshots for The Last of Us: Part 2 here.