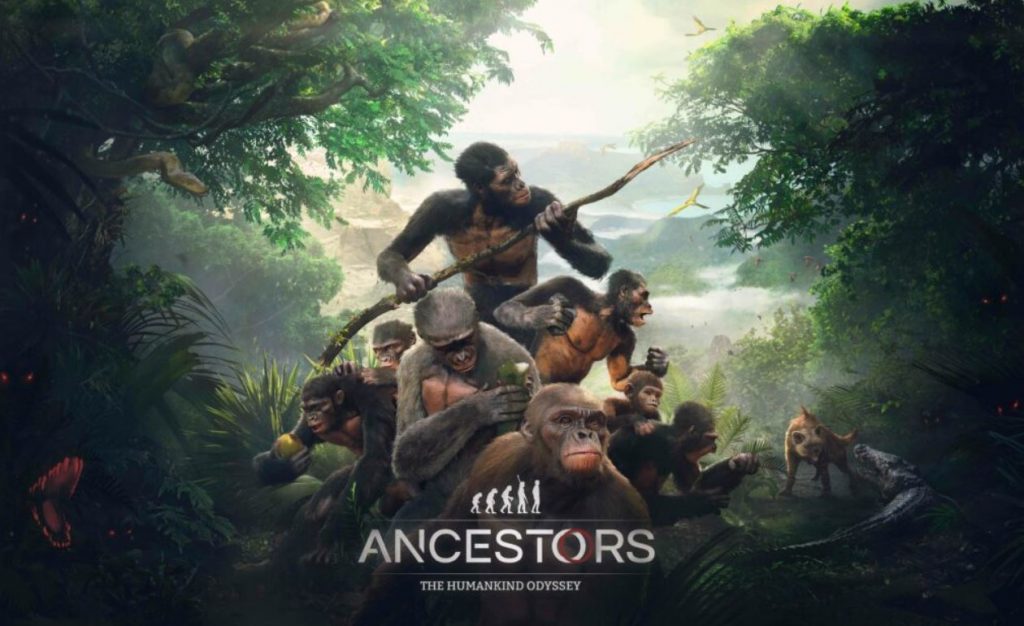 Before starting Ancestors: The Humankind Odyssey, I wasn’t necessarily sure what to expect, despite all the footage I had seen beforehand. I loved the idea of not just playing a game of exploration but also progressing a race through time. In the early goings, I felt a coattail’s comparison to Seaman from the Sega Dreamcast. However, it did not take long before that comparison quickly dissipated, for better or for worse.

Completely Generate Your Own Narrative

Usually, reviews begin with a premise to set the scene. However, Ancestors requires you, the player, to create that premise on your own. You take control of individual apes and explore the world around you. That’s literally it, in regards to gameplay.

At the same time, Ancestors is far from that simple. You cannot simply wander around the world as you like. You have to learn the world and survive the world in order to progress.Very few games demand the investment levels that Ancestors does, and very few games offer so little payoff for so much effort.

Everything you find can be studied in some way, whether it’s smell, sight, or sound. Applying all of your senses to everything you encounter increases your knowledge of the world around you. This familiarity also increases how comfortable you are in new areas. If you run straight from the start out in the wild, your ape will become overwhelmed and run frantic on its own.

Obtaining knowledge is not only essential for future development. It’s also paramount for immediate survival. As you expect, you can’t just eat whatever you want and be fine, but you also can’t play it safe the entire time. You take risks, and you learn from mistakes.

Dying is the end for the ape that dies, but that is not the end of the game for you. When an ape dies, the next one you control can find the dead body and learn how it died. That way, you teach the survivors what not to do. However, if everyone in your clan dies, then the game ends and you have to start completely over.

Ancestors demands so much of the player, but the true payoff is the act of learning. You do not necessarily achieve much (you know, outside of evolving an entire race, but no big deal) due to the amount of work you have to do in order to learn anything. This side of the game feels more like a creative decision than an oversight. Learning and growth take time, and Panache Digital Games channels that mantra quite well.

Another very important reward from learning comes in the form of Neuronal Energy. This is earned from doing basically anything, from intimidating other animals to smelling things and even standing upright to see further. Neuronal Energy is then used back at your clan’s nest (I’m going to call it), where you can either apply the energy to a skill tree-like Neuronal tree. Doing this allows you to officially share your accumulated knowledge with your clan, improving the quality of life with everyone you live with.

The biggest enhancements from the original PC version are pretty straightforward: additional tutorials, improved targeting, and better display of clan members’ stats. Even with these improvements, Ancestors asks that you figure out a ton on your own. I have to say that this is one of the more generally positive aspects of the game, since the intrigue of growth in Ancestors comes from learning things on your own. At the same time, the learning curve is so high that frustration is almost mandatory for the first ten to fifteen hours, depending on how quickly you pick up the game’s systems.

Interacting with the world around you has its own problems. The act of learning about new things (smelling, seeing, etc) requires you to stand still. Then, you use a combination of Square, Triangle, and Circle to learn about your target. In the meantime, you are left vulnerable to the elements and to hunters.

Risk-reward is clearly part of the game, but I can only wish that interacting with things were more streamlined. As I mentioned before, learning requires you to put yourself into danger. However, if you cannot properly learn about said dangers in time, then you often get caught on the wrong end of an unforeseen attack. This issue continues with objects that are close to each other, often requiring you to move, wait for the wrong target to highlight, and then move to try again.

The other troublesome area of Ancestor is its visuals. The game doesn’t look like a PS3 game by any means, but limitations show themselves often. Animal hair appears patchy and almost matted. Environments, especially the jungle floor, shows off sloppy blending between the earth and vegetation, making the ground look almost jaggy and digital.

Ancestors: The Humankind Odyssey Is Frustrating And Intriguing

Ancestors is the type of game I like to see available to the public, despite its negatives. A stellar game library includes a vast spread of different types of games, and Ancestors increases that variety all on its own. You have to be able to learn on your own and find payoff in the little things before you can really sink your teeth into Ancestors. This game is ambitious to a fault, and it’s hard to recommend to anyone for that reason, but I can’t help but feel glad that I have it.

Ancestors: The Humankind Odyssey is out now on PS4, PC and Xbox One.

The things that make Ancestors: The Humankind Odyssey so appealing are the same thing that make it frustrating. Many things stand in the way of your progress, many of those things being mechanics, and rewards come sparingly. At the same time, there is something wholly unique here that, if you can properly sink your teeth into it, you could find yourself completely engulfed in it.