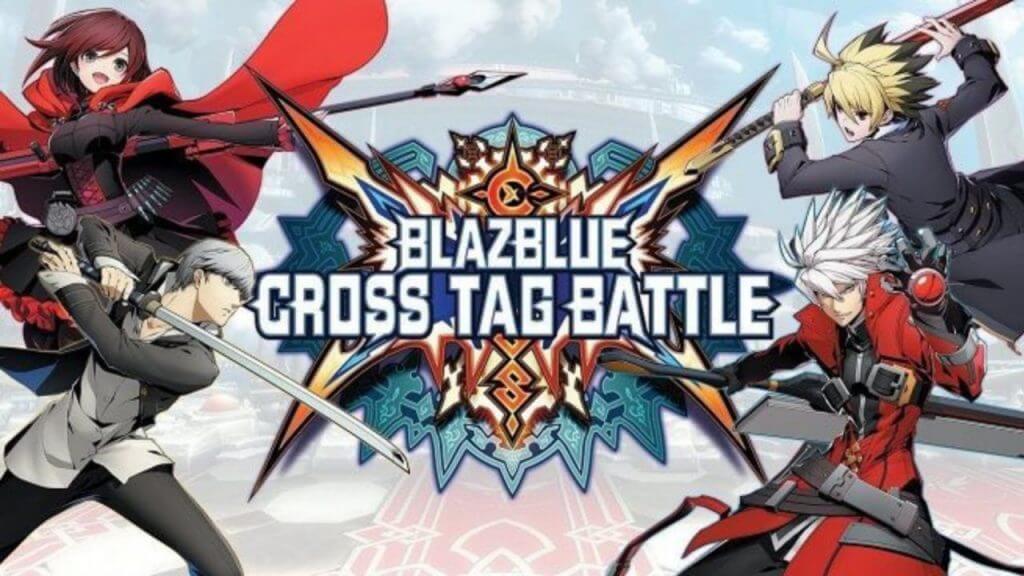 BlazBlue: Cross Tag Battle brings together the BlazBlue, Persona 4: Arena, RWBY, and Under Night In-Birth franchises against each other in an all-out cross-world fighting game. I thought the inclusion of these great franchises would make for a brilliant fighting game, and though it does succeed on the fundamental level, it falls short on delivering on the cross promotion with its lack of a roster.

BlazBlue: Cross Tag Battle review: Where is everyone?

BlazBlue: Cross Tag Battle brings four franchises together as they battle out of a mysterious world and reach the goal while protecting a mysterious amulet called the Keystone. The world that reaches the goal with their Keystone in hand first will be returned to their respected dimensions. Cross Tag Battle tells four different stories between the four different franchises and what happens from their point of view, but there isn’t much to the story or surprises.

The presentation of the narrative is your typical character portraits talking to themselves, but on a positive note a lot of the dialogue is actually quite funny and very well voice acted with English dubbing to boot.Though the portraits are nice to look at, seeing the same portraits for the entire game is taxing and worst of all some of the dialogue scenes last quite a while.

As mentioned, the lack of a roster really hurts Cross Tag Battle considering it’s a fighting game that’s supposed to feature four different franchises. Characters from BlazBlue take up the majority of the roster with ten playable characters, while Persona 4: Arena and Under Night In-Birth only feature four, and RWBY with a measly two.

The worst part is that you actually face off against characters that aren’t in the game during the story mode as they are planned as downloadable characters. This has left me wondering: how many of them are already in the game just locked behind dollar bills?

Those who played Dragon Ball FighterZ will be right at home with Cross Tag Battle. Gone are the advanced moves that players are used to from Arc System Works and in comes the simplified controls of FighterZ. Every character’s moves are mapped to the exact same button prompts. Quarter circle and reverse quarter circle along with any face button launches a special attack with every one of the character.

Combos are pulled off with simple repeated presses of the square and triangle buttons making Cross Tag one of the simplest fighting games to play, but also leaves a lot of room for players to master the mechanics. It may seem like a downgrade for a lot of long term fans of Arc System Works fighting games but after playing some online matches I quickly learned just how much there is to actually master.

Tag Battle isn’t just something you see in the games title, it’s actually one of the titles fundamental features. Battles this time around are two on two and allow you to swap your teammate during battle and also pull off some cool tag team moves. When one member is defeated, you’re able to activate a special ability that takes the place of your team mate which gives you increased damage and also sets up your instant kill attack- if you have enough energy gauge to pull it off.

As an Arc System Works title, I was expecting some magnificent character sprites but I didn’t get them in Cross Tag Battle. That’s not to say they’re bad they just look like they were taken from the PlayStation 3 titles rather than the PlayStation 4 titles. They aren’t as smooth looking and some characters have some noticeable jagged edges. Environments on the other hand look gorgeous.

Fans of Arc System Works titles’ hub worlds will be pleased to know that it returns for Cross Tag Battle. You’re chibi character can be switched between any of the characters in the game and a variety of colors can be unlocked as well. You also walk to all the different game modes you want to play, or simply use the touch pad to select the modes you want to play that way.

BlazBlue: Cross Tag Battle should have been Arc System Works Marvel vs. Capcom but it falls short due to its small selection of characters from franchises other then BlazBlue. The change of fighting mechanics may upset long standing fans but it helps newcomers and casual players.

BlazBlue: Cross Tag Battle should have been a triumph for Arc System Works cross franchise fighter, but instead it's simply just another fighter. The simple controls allow everyone to enjoy the title this time but its lack of characters hurt what could have been a grand undertaking.