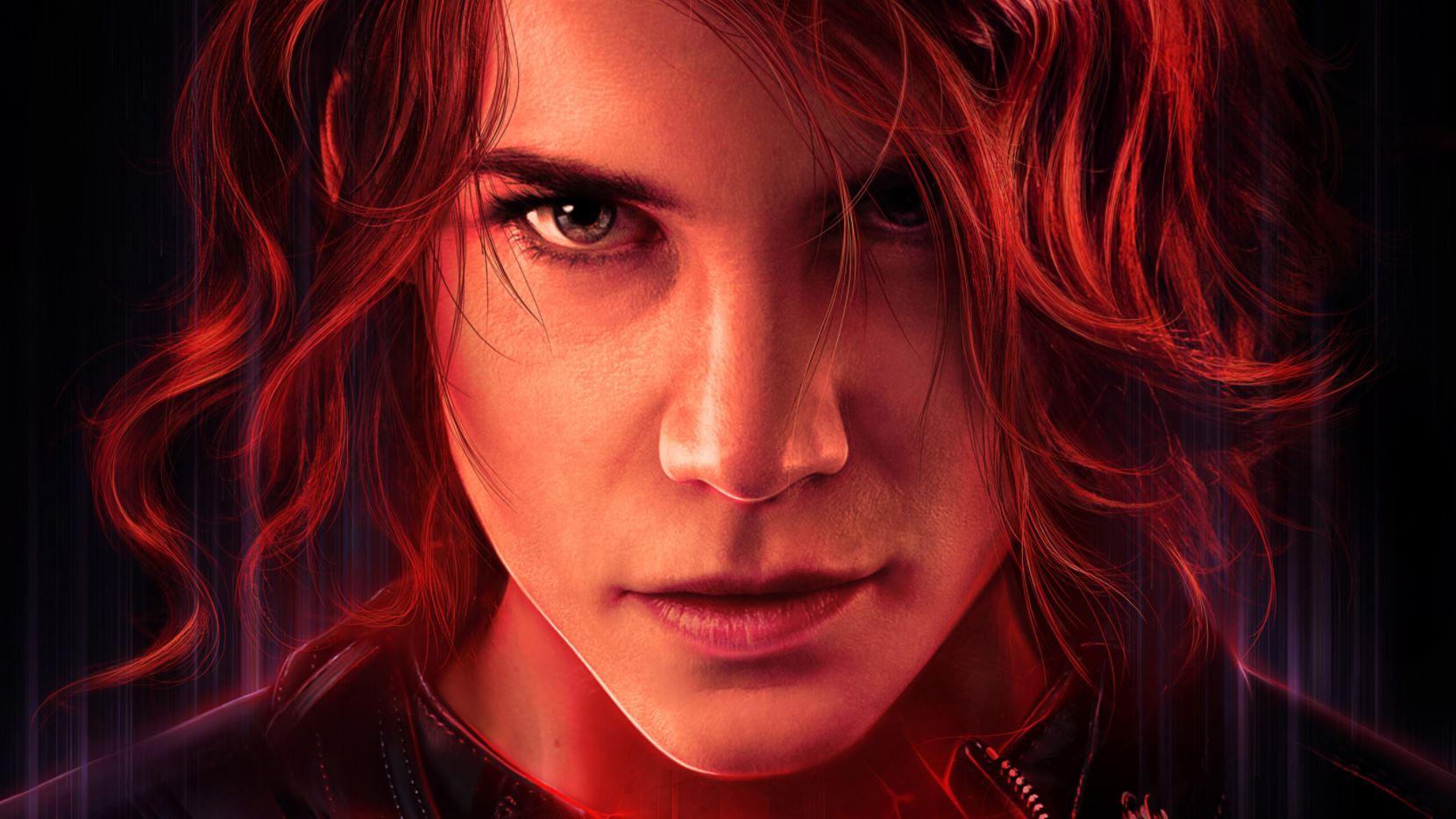 Control: Ultimate Edition PS5 Review – I played Control back when it released in 2019 and enjoyed the adventure, but felt a little let down by some niggling performance issues a month on from when it launched and the general feeling that all the hype and excitement for it set my expectations too high, leaving me disappointed as a result.

The story didn’t grab me in the third act, I found the gameplay to get a bit repetitive, and I was thoroughly let down by the Ashtray Maze due to everyone over-hyping it.

But, a year and a half removed and with an impressive suite of next-gen upgrades on PS5, I have finally fallen in love with Control like I wanted to initially. Control: Ultimate Edition is an impressive package for PS5 that looks gorgeous, nicely uses the PS5 and DualSense controller, and most importantly delivers an enthralling, multi-stage paranormal adventure setting up the Remedy Connected Universe and delivering another must-play title for PlayStation 5.

It’s fair to say that Control didn’t perform great on PS4, especially the base model and always felt like it was being held back somewhat by the six-year-old hardware. Well, on PS5 Control gets to shine while performing smoothly and looking gorgeous as it does so. 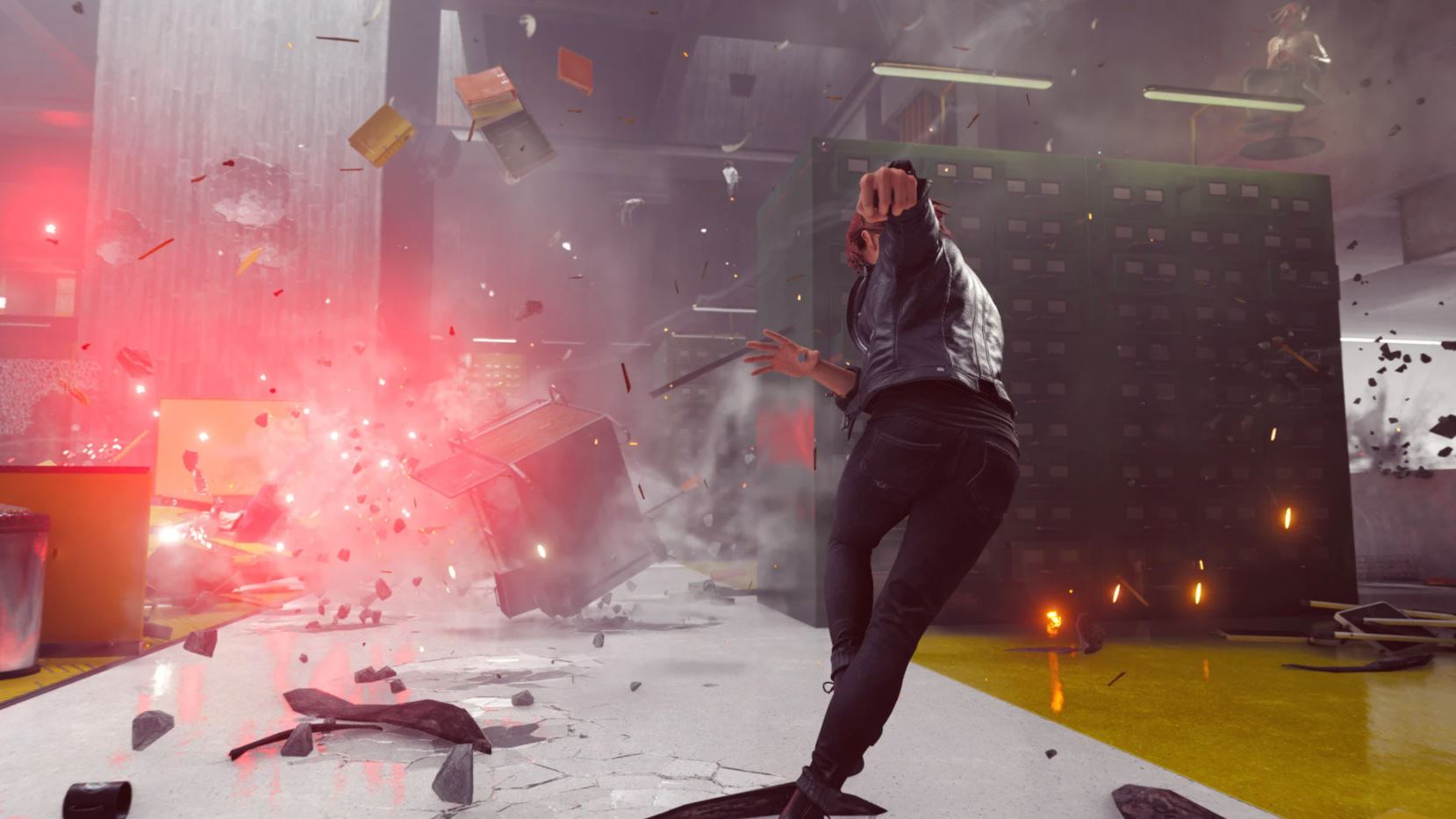 Both of these modes are an impressive showcase of next-gen and work virtually flawlessly. The Performance Mode gives the game a smoothness and buttery feel that was almost unimaginable when the game originally released. Drops from 60 FPS do happen in intense sequences, but it is nothing drastic and only happens momentarily.

However, I decided to spend most of my time playing in the Graphics mode (which is a first for me on PS5, favouring 60 FPS when I have the option). Here is where the true upgrades of the Northlight engine are showcased with an impressive use of Ray-Tracing throughout the environment, that I had to stop and stare at frequently.

This mode also allows the minimalistic architecture and excellent use of color from Remedy to show itself. Uncaptured control points, surrounded by a field of red look incredibly when married with Ray-Tracing and the fuzziness of the Hiss’ energy looks even better and creepier here than it did on PS5.

The work Remedy has done is truly impressive and the right features are accentuated at the right time to make Control look down-right jaw-dropping at times, such as in The Foundation, and Black Rock Quarry. 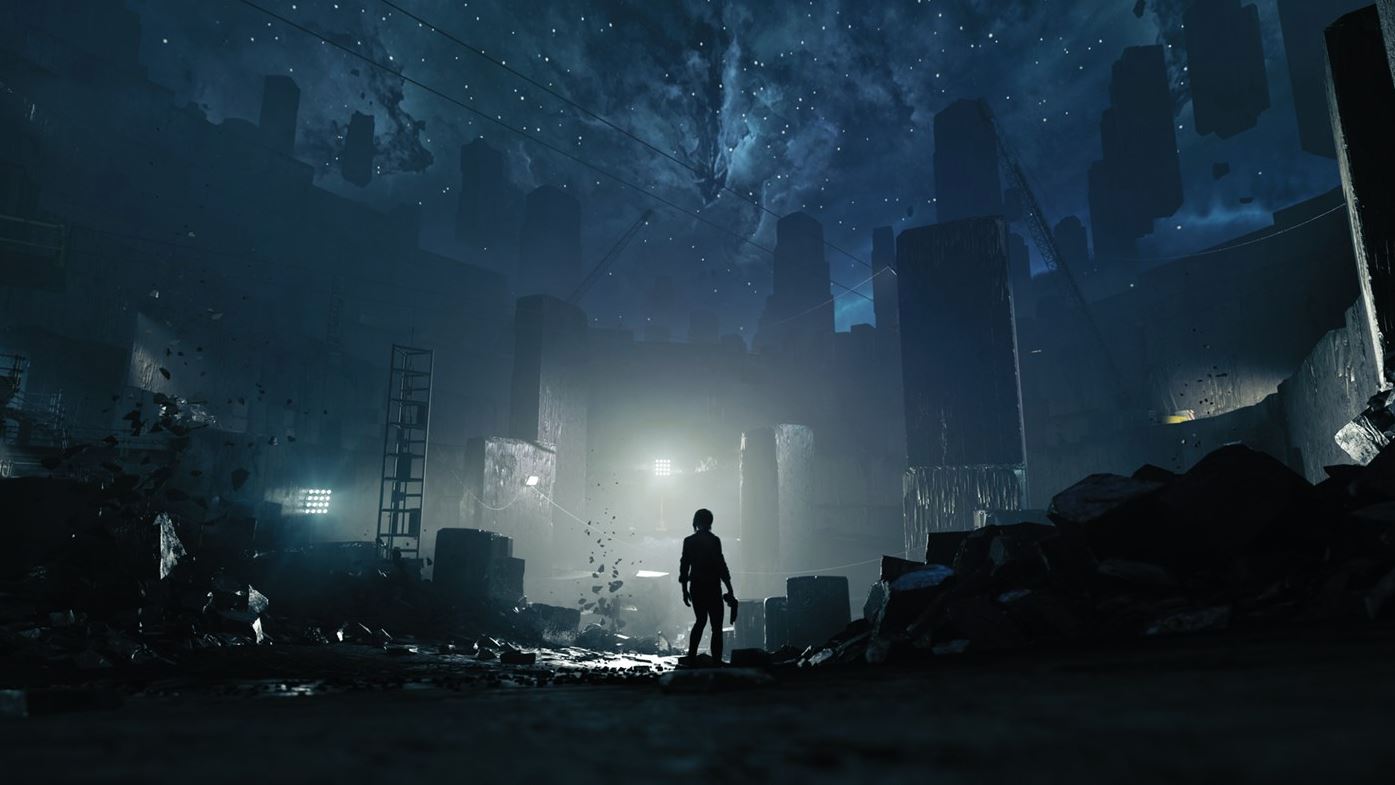 I do have to mention that some frame drops can happen on Graphics Mode, although this is very rare and was only in especially chaotic circumstances. Although areas with a lot of crystals in The Foundation did cause some stuttering and the game always jerks for a second when you return from the PS5 menu. These are all minor issues though and didn’t affect my gameplay experience in any major way.

From an overall perspective, Control’s gameplay hasn’t really changed too much, if at all from its PS4 release. As mentioned above, intense action scenes now run a whole lot smoother and don’t suffer harsh frame drops. But, there are a number of smaller improvements made and optimisations added for PS5 users.

The first of these is Remedy’s excellent use of the DualSense and its Adaptive Triggers and Haptic Feedback. As Jesse walks on different surfaces, that will be reflected in the controller’s rumble, really adding a realistic feel to traversing the shiny, glistening floors of The Oldest House. The screech of shoes on the floor and the tippy-tap of Jesse’s shoes on the ground are reflected nicely.

Control on PS5 also has excellent 3D Audio, with enemies, explosions, and action all being reflected in your headphones. It really allows you to immerse yourself in the tall office building that The Oldest House is and it might even be my favourite use of 3D Audio on a PS5 game yet. 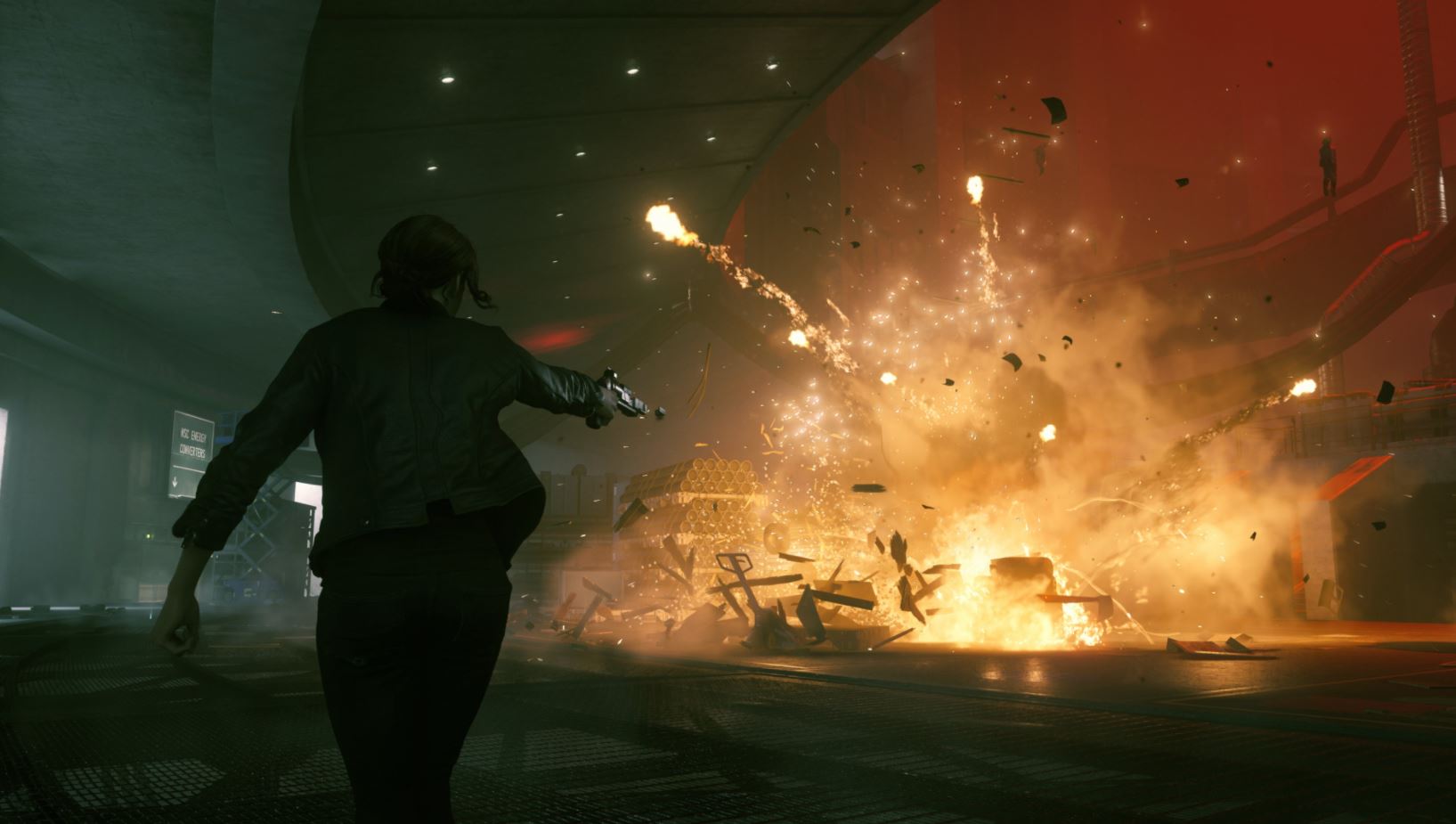 Another big improvement is that the map no longer takes up to five seconds to load on-screen and will appear instantly. On PS5, Control also doesn’t suffer any frame-rate drops when having it up, which was a big problem on PS4. Loading times are also super fast, as I didn’t have to wait longer than 5-10 seconds to get into the game or spawn back in from death. Remedy have really utilised the PS5’s power.

Finally, the game also has some great Activity Cards, with trophy tracking and detailed help and descriptions for each of the main missions in the game and the DLC expansions.

The Confluence Of Universes

Control on its own feels like a gargantuan, expansive universe like nothing you have ever seen before. It’s like seeing Star Wars for the first time or exploring the world of Blade Runner. There is nothing comparable to what Remedy have created here and the team elevate that feeling by packaging the game’s DLC in with the base adventure.

This DLC really builds on the world Remedy create within the campaign and show you sides of The Oldest House, The Board, and the deliciously dense universe the Finnish Studio has created.

The Foundation is the first expansion pack, diving deeper into the mythological aspects of The Federal Bureau Of Control’s home base, The Oldest House, and the elusive and secretive Board. It is a great adventure with some stunning environmental design and its own few twists on the mission and ability formula established in the main game, even if it is 30-to-45 minutes to too long. For a better look at The Foundation Expansion, read our review from 2020. 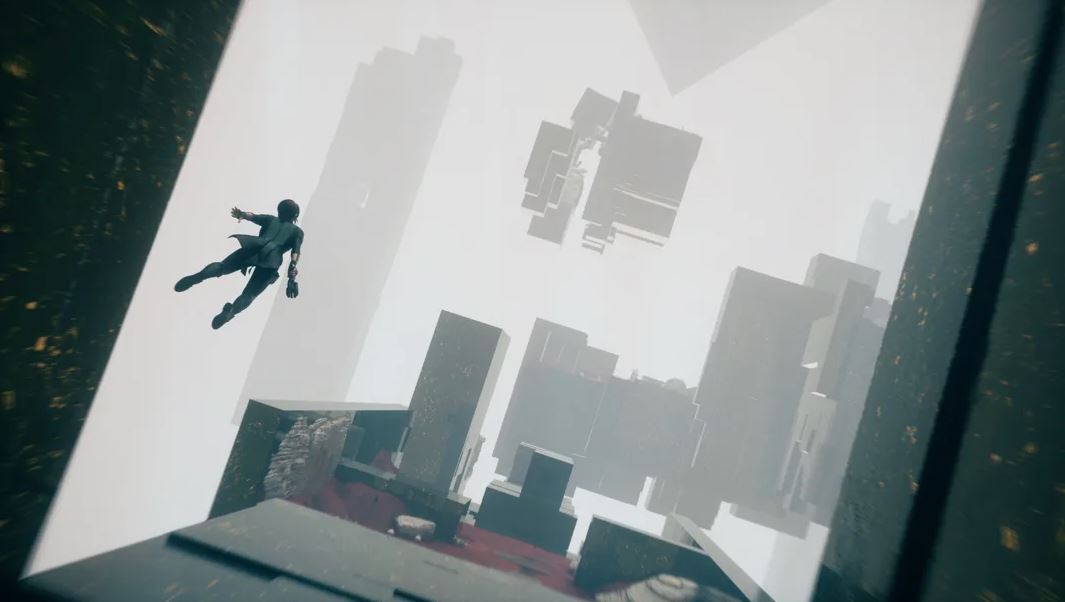 However, the real mastery and wizardry of Remedy is showcased in the AWE expansion, which brings together the universes of Control and the studio’s 2010 cult hit Alan Wake. The converging of these universes is done spectacularly and every single second spent in the Investigations Sector is fascinating and chill-inducing.

The expansion smoothly and enjoyably brings in Alan Wake gameplay mechanics and narrative to Control and also interlinks the two stories so that they are now, and forever will be, entwined in a way we haven’t seen before in a video-game universe.

With Remedy’s next project being set in this same universe and the end of the AWE Expansion teasing a future for all the projects and worlds Remedy has worked on recently (yes that includes Quantum Break) I am excited to see what the team can cook up and how they can surprise us all over again. For a deeper dive on the AWE Expansion read our review from last year. 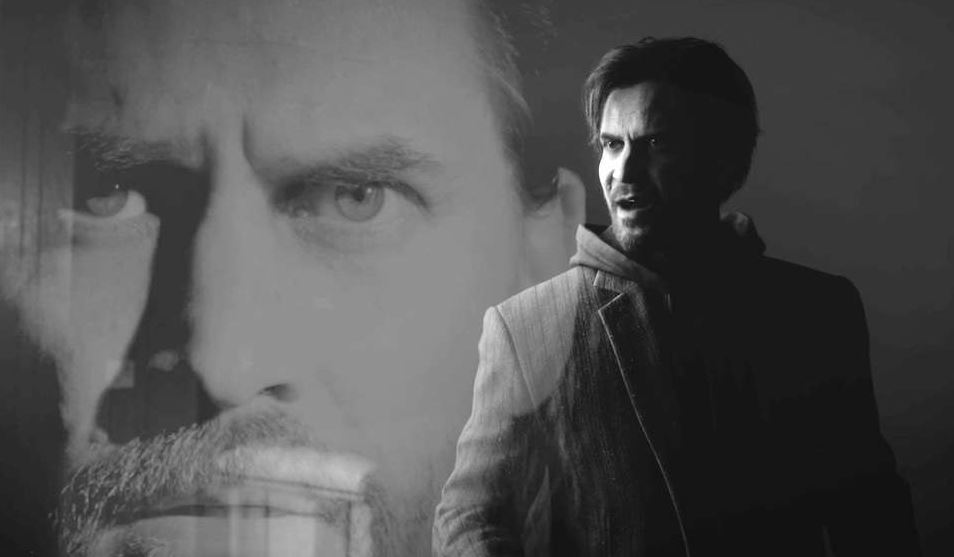 A Package Unmatched In Prestige On PS5

Control: Ultimate Edition really feels like the definitive version of the game, with Remedy able to finally able to achieve the vision Control had on PS4, but now running at a smoothly and looking drop-dead gorgeous while doing so.

The amount of content on offer in Control: Ultimate Edition on PS5 is impressive and there is at least 30 hours worth of incredible universe building and intrigue to find here. The game has also never looked better and never played better than it does on PS5, thanks to mesmerising graphical and performance options and immersive additions, such as the use of 3D Audio and the DualSense controller.

Whether you are a returning player or stepping into the world of Control for the first time now is the time to do so on PS5 as Control: Ultimate Edition is a package absolutely worth owning.

Control: Ultimate Edition is the definitive version of Remedy's adventure. Bringing together the worlds Remedy has created under one roof and looking stunning while doing so, Remedy has done a fantastic job of upgrading and improving the experience in meaningful, additive ways, such as the use of the DualSense controller and Ray-Tracing. There isn't a universe more worth exploring and losing yourself in than the one in Control.