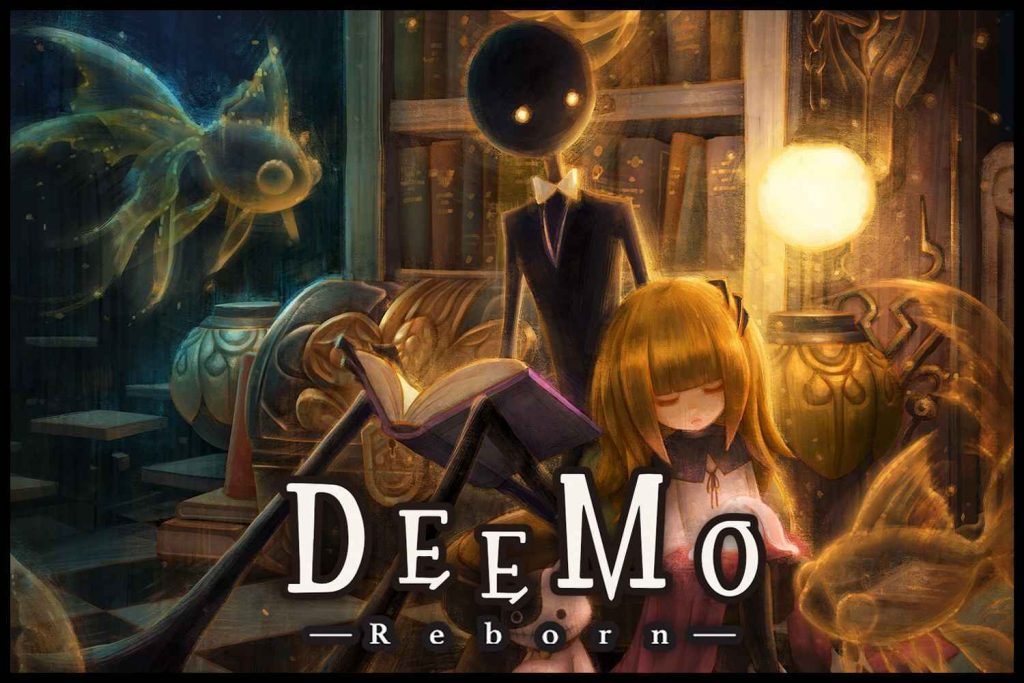 For the sake of transparency, I want to make it perfectly clear that this review is strictly based on the PS4 version of Deemo Reborn. I did not have access to PSVR for the duration of my review, so I cannot reflect on that side of the game. In light of that, I will focus on my experience with TV Mode.

You take on the role of Alice, a young girl lost in a magical world. Deemo, an almost-silhouette of a man, plays songs with Alice on a piano. In doing so, Alice unlocks different areas of this magical world, with the intention of getting back home.

As mentioned above, Alice spends time in between songs exploring her limited surroundings and unlocking new songs to play. The more songs she plays with Deemo, the closer she comes to finding her way out. Exploration is paramount, but it never oversteps the true focus of the game. Indeed, with a quality track list like Deemo has, this is the best approach.

On that note (puns), the tracklist offers a strong variety of songs. Some songs are slow and melodic while others reach borderline techno. No one track stands out among the rest, but none feels weak either. They get the job done but in an engaging way.

DualShock Is Not A Good Option

My disclaimer at the top of the review comes into play in my next topic of interest. I spent some time thinking about how to go about this review, considering I don’t have a VR headset. This means I have to play Deemo with a DualShock 4, which is still an option for those, like me, who don’t have the headset. So, I figured enough gamers out there have a love for rhythm games but don’t have a VR headset.

Be ready for difficulty. This isn’t the kind of difficulty that asks you to push your thresholds, dig deep, and find your untapped potential. This difficulty stems from coordinating your movements based on the control scheme you have to work with. Six notes exist on the board, and they’re pinned to Left, Up, and Right on the D-Pad and then Square, Triangle, and Circle.

In theory, this layout works, because each button represents the six keys on the piano going left to right. However, the positioning of the buttons themselves, flowing like the tops of two pyramids next to each other, do not register mentally to the linear layout of the six on-screen keys. Oftentimes, I stuttered on what buttons I had to push simply because I automatically tried to follow the pattern I saw on the screen. This then caused a hiccup in the melody and caused me to try and correct myself, resulting in consecutive missed notes way more often than what should have happened.

One saving grace to using a DualShock 4 comes with sustained notes and combinations of notes. Like the image above, strings of consecutive notes stream down the screen, and you use the joysticks to ride along in a similar pattern to the six-button layout. This part of TV Mode rocks, because the flow of sound combined with how much easier the joysticks are to use feels so very rewarding and much easier. However, having to move your thumbs from the upper face buttons to the joysticks makes for some added difficulty to an already-taxing control system.

A fair comparison in regards to layout are the Persona Dance games. Those games keep in mind that buttons on the controller will not be in straight lines, so associating what’s on screen to the controller is much easier. Deemo requires an extra step between the eyes and the hands. In order to properly adjust to this, you have to take extra time to iron out the issues. If this part of Deemo had been adjusted for this variance, then TV Mode would have been a viable option.

As it is, I do want to give credit where credit is due. Footage I watched of players experiencing Deemo Reborn with PSVR looks so much more enjoyable than what I experienced. It may not be either Beat Saber or Persona Dancing, but it still offers a charming story with a balanced soundtrack. If you can adapt easily to challenging mechanics (or have a PSVR), then Deemo Reborn is definitely worth a shot. If those two methods are out of your wheelhouse, then I cannot recommend playing Deemo strictly on a DualShock 4.

Deemo Reborn is now available for PS4 and PSVR.

Playing Deemo without PSVR is a very hard sell. TV Mode requires a great deal of extra practice and effort in order to regularly score well. The delightful soundtrack and charming story truly depend on a PSVR headset to succeed.