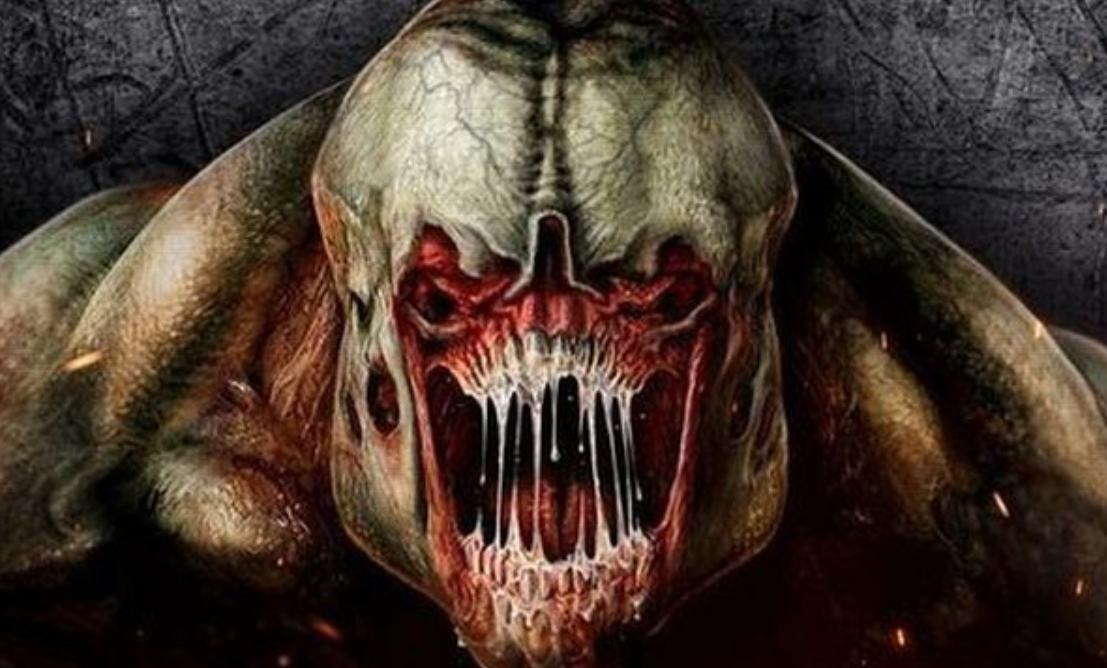 Doom 3 VR Edition PSVR Review – Doom 3, which originally released in 2004, has had a pant-filling, jump-inducing PSVR makeover with the newly released VR Edition. It was a very agile release too, from reveal to delivery took barely a month. I suppose with all modern game reveals being years before the actual release, this seemed very swift, and to be honest, quite refreshing.

Developed by Archiact VR and published by Bethesda, Doom 3 VR Edition is a mixed bag meandering between exciting, scary combat and very basic visuals by today’s standards. What it lacks in modern-day bells and whistles it makes up for with immersion and atmosphere.

Story-wise, everyone knows what happens in these titles, corporate big-wigs and mad scientists are trying to create a quick buck, scavenge some sort of alien tech and before you know it, shit hits the fan and you are left to mop up demons with a shotgun. I mean, it’s great, don’t get me wrong, I don’t need many reasons to shoot stuff in the face but don’t these people ever learn from their greedy mistakes? 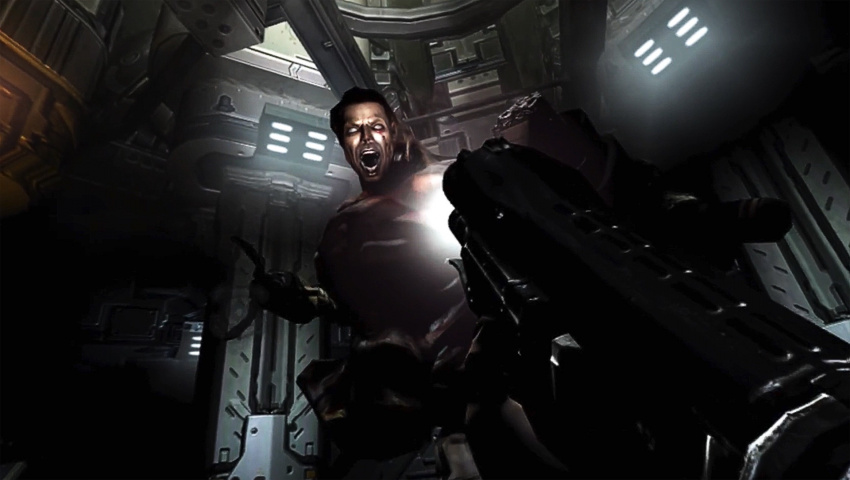 I am by no means someone who gets scared by eerie and freaky video games. The issue here is the minute you slip on the PSVR headset all that goes out the window. While playing this classic title I jumped at hissing pipes, I got shocked by sudden enemies and I lost count of the amount of times enemies spawned behind me. It did feel cheap at times but I will admit, it added to the tension on multiple occasions.

The Same Experience For Better And Worse

Graphically you can see how Doom 3 has aged. The cutscenes, textures and character models all look ripped from a bygone era. Normally this would be jarring but after a few scares and a few dismembered demons, your only thought is “what was that noise” and “what’s behind me” rather than “look at the low-resolution texture on that wall”. There is something about being so immersed in virtual reality that is hard to explain, I felt like I was ‘there’, even with the outdated graphics.

There a few changes for the virtual version of Doom 3 that really helped with the immersion too. Your health and armour HUD elements have been moved to your wrist device and your ammo count is located on the back of the gun. This removes all HUD elements and further plunges you into this dank, twisted tale. I wish the PDA and video notifications were situated in a better position, it’s plonked right in the middle of the screen and does get in the way sometimes. 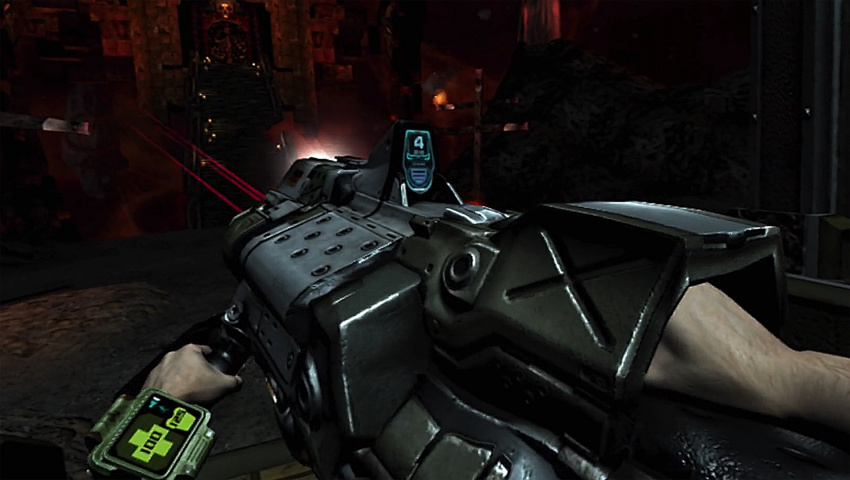 I did not really like the fading flashlight gimmick either but I remember not liking it in the original game. I don’t understand why it keeps fading for you to be able to just press a button to turn it back on. Yes, it creates a few tense scenes, but overall it felt artificial and I would have preferred a normal, working flashlight. I can understand, maybe, finding batteries to charge your flashlight but one that turns off for no apparent reason is a little bit weird.

This version of Doom has been translated very well to VR. The slower pace of the game really lends itself well to the medium and heightens the thrill of slowly meandering the game’s many corridors. Doom 3 performs flawlessly and feels very smooth. It ran a little bit too smooth sometimes as this was the first VR title ever to make me feel a bit queasy.

I have played so much VR and have never got any sort of motion or VR sickness of any sort. The first time I played Doom 3 in VR it made me feel ill and took me out for the whole day. I put this down to myself standing up to play. Every session after that I sat down and did not have any issues at all. It was all very strange and a lingering sickness that I have never felt playing video games before. Luckily it was only the first time and I was left unhindered to finish the review. But, you might want to sit down yourself when playing. 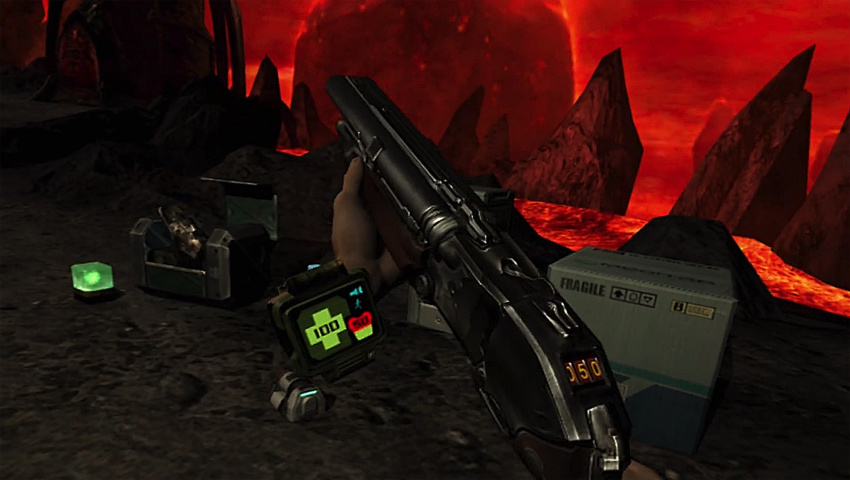 An Experienced Enhanced By Sony’s Peripherals

On the control front, I used the Aim controller and it was awesome. I love using that controller and having a physical gun in your hand really does make the game feel different. Shooting enemies with it was a breeze and very moreish. Even my girlfriend, who cannot hit a barn door, was taking out demons like a pro. The game really controlled well and I was pleasantly surprised.

The number of demons that spawn behind you in this game borders on being a meme by the end of the game. Luckily the VR version added a quick 180-degree turn by clicking in the rear analogue stick. This made vanquishing demons behind you easy and by the end of the game, I was doing it without even thinking. Is that a music change? Do a quick 180, kill a demon and carry on. Brilliant.

While Doom 3 PSVR edition has a few VR comfort settings I would have liked some more. You can add a vignette when moving, change your turn type, turn angle, but that is about it. I also think it’s weird you cannot use your Move controllers. It’s the Aim controller or Dual Shock 4 and that is it. I understand why that is the case as controlling two-handed guns with move controllers is troublesome but I feel people should know this before jumping in.

Doom 3 has a lot of content for your money, it is by no means an expensive game and you get a demon-load of bang for your buck. You have the nine to ten-hour main game and two DLC packs, which will take you another five hours or so depending on your difficulty. I played on standard difficulty as I was crapping myself enough as it was and did not need the extra hassle of hard-hitting enemies too. No sir. 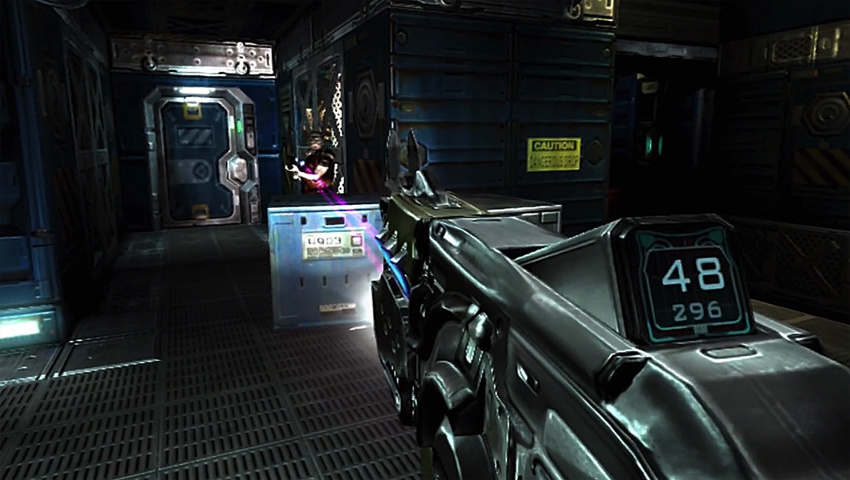 Overall, I really enjoyed my time blowing demons’ faces off and traversing this weird and wonderful space station. Standing up while playing made me feel ill but after sitting, everything played smoothly and I was sickness free. Shooting demons in VR is entertaining, especially if you have an Aim controller, you just don’t get the same satisfaction with analogue sticks that you do with a gun in your hand.

Graphically the game is dated but after a short while, you just stop noticing. Playing in VR equalises the graphical shortcomings and just adds more scares and jumps. Doom 3 runs fabulously, controls excellently and I would recommend it to anyone with a PSVR headset. Just sit down when playing, and if you can, use the Aim controller.

Doom 3 VR Edition is available now on PSVR for PS4 and is playable on PS5 via backwards compatibility.

Despite looking its age, Doom 3 VR Edition adds a heavy layer of immersion on what was already a decent shooter. Scary, eerie and thrilling moments litter each of the games section's and they are all amplified in virtual reality. The shooting is tactile and enjoyable, just make sure you sit down and if possible, get yourself an Aim controller as It makes the game so much more immersive and hopefully avoids any motion sickness issues.