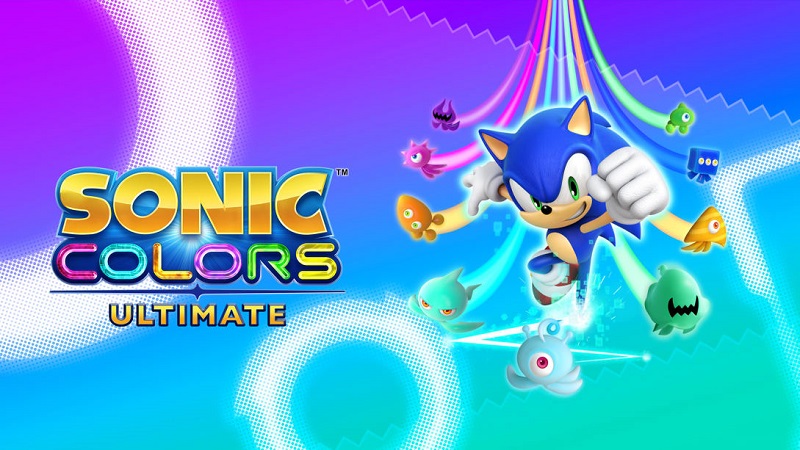 There’s almost always a spark of brilliance when things are at top speed and our favourite blue blur is exploding through loop-de-loops and chaining attacks on enemies. That’s the good stuff, the sweet-smelling goo that sticks it all together and ensures that, whatever else, this is definitely, unmistakably, a Sonic game.

Then the game slows down and almost unanimously, they all show their ugly side. The slow stuff is the wrong kind of goo, like some awful gelatin substance you dig out of a gutter that’s long needed a good clean after that bird got stuck in the drainage pipe. It’s unpleasant, but you must go through it if you want that sweet, sweet speed. Luckily, some 3D Sonic games have a lot less gutter gunk than others, and Sonic Colors is one of them. 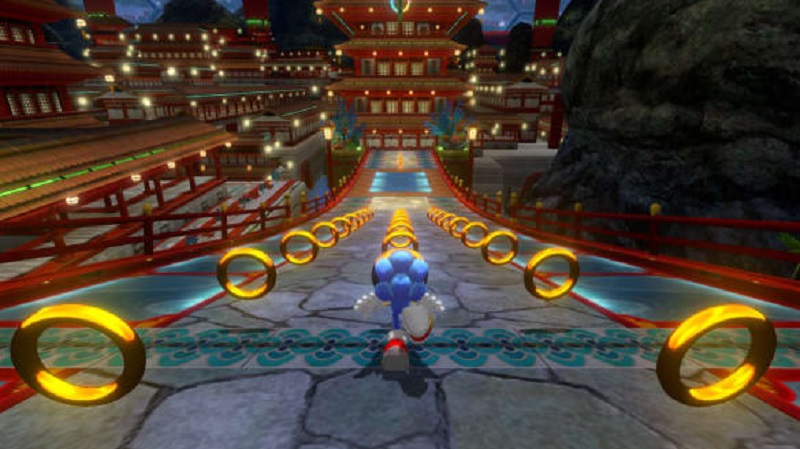 First released 11 years ago on the Nintendo Wii, Sonic Colors is regarded as a modern peak of the 3D Sonic game. It introduces some ideas that have actually stuck in later entries, it has a bloody good soundtrack, and visually-speaking, it’s one of the prettiest Sonic games around.

The plot sees Sonic and Tails lured to a theme park in space, created by none other than Dr. Eggman himself. Sonic investigates it and to nobody’s surprise, finds that Eggman is using little aliens known as Wisps to power up his latest MacGuffin, so in true Sonic tradition, the spiny speedster sets out to foil his nemesis and free some poor cute creatures by Running. Very. Fast.

If only Eggman had tried talking to the Wisps, he could have used their powers without all the trickery. It certainly works for Sonic, who gets chummy with a Wisp early on and is able to connect with their unique abilities to open up closed off areas and overcome obstacles.

One lets Sonic pinball up walls at breakneck speed, another turns him into a rampaging monster that smashes obstacles and enemies alike, and then there’s one that sees Sonic drill through the scenery to get a cheeky shortcut through portions of levels.

The game sadly doesn’t allow for experimentation with these powers as they don’t last long, and are almost always only available when they’re actually necessary. Still, they pep up the now routine nature of what a 3D Sonic game level can be.

They certainly ease some of the pain of Sonic Colors’ less pacey moments, almost offering a classic Sonic experience at times, with powers uncovering alternate routes and hidden secrets. That’s why it’s easy to argue that Colors is one of the better examples of 3D Sonic, because the notoriously weaker side has a bit more going for it than usual. 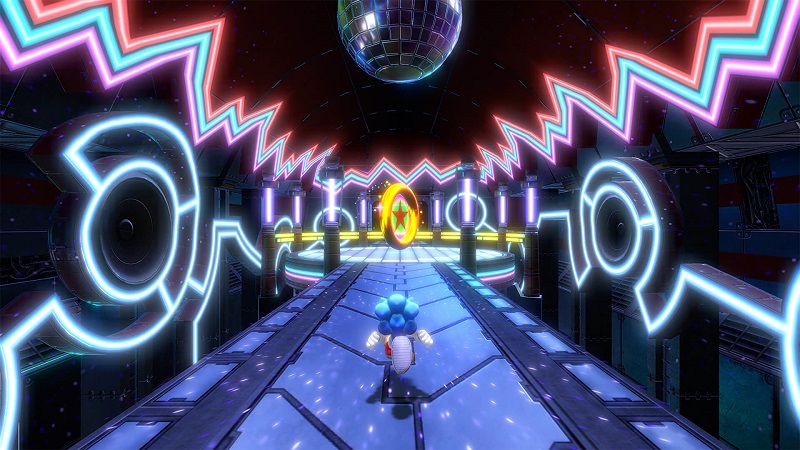 Why Aren’t I Running Very Fast?

Yet the weaker side manages to rear its head often enough to frustrate. When switching to 2.5D, Sonic Color’s floaty animation style is an ill fit for the viewpoint. Sonic’s jump is less a leap and more in line with the lazy ascent of a party balloon.

During some panicky climbs upward from impending danger, the casual nature of his jumping is a source of unending frustration as it requires near-perfect timing to avoid getting hit or falling to certain doom.

There’s a constant push from the game to be done with a level, meaning very little backtracking and uneven difficulty. The backtracking issue is a pain when combined with that jumping issue and perspective change, as you are practically forced into replaying or failing by it.

Dropping rings in chase sections is a particular bugbear of mine, because there’s almost zero chance of picking any of the dropped cache back as you continue hurtling forward, effectively turning some encounters into one-hit-kill situations. 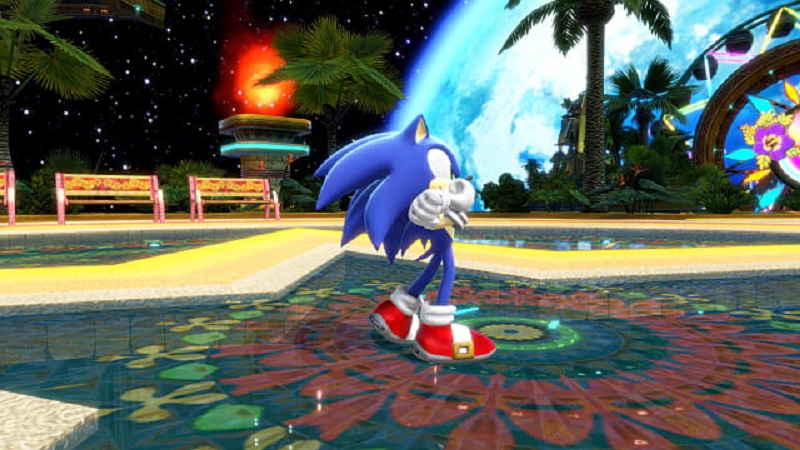 While there’s no lives or time limit to worry about, having to replay lengthy sections over and over because of poor design decisions really dulls the more vibrant aspects of Sonic Colors.

These moments are accentuated by the fact that they only occur in some levels, pushing difficulty up from the straight speed-focused levels that are largely a breeze and over in a minute or so. It always feels like having the 2.5D part is a compromise designed to pack out these kinds of Sonic games without subjecting players to too much in the way of slow-paced 3D action.

That’s why these Sonic games skirt the line between enjoyment and frustration. There needs to be a commitment to one style in order to make it a more coherent whole. Granted, Colors gets closer than a Sonic Unleashed or Sonic Forces. The soundtrack combined with the sparkling visuals definitely help out on that front too (although cutscenes haven’t been remastered, so they feel out of place), but the nagging feeling of what could have been remains.

When comparing it to other 3D Sonic titles, Sonic Colours is easily one of the better entries in the storied annals of the spiny speedster. It’s an audiovisual delight, and more often than not, calls upon the spirit of speed that made this a household name. Unfortunately, it still carries plenty of the baggage from older 3D Sonic games in terms of unnecessary difficulty spikes, and inconsistent switching between 3D and 2.5D.