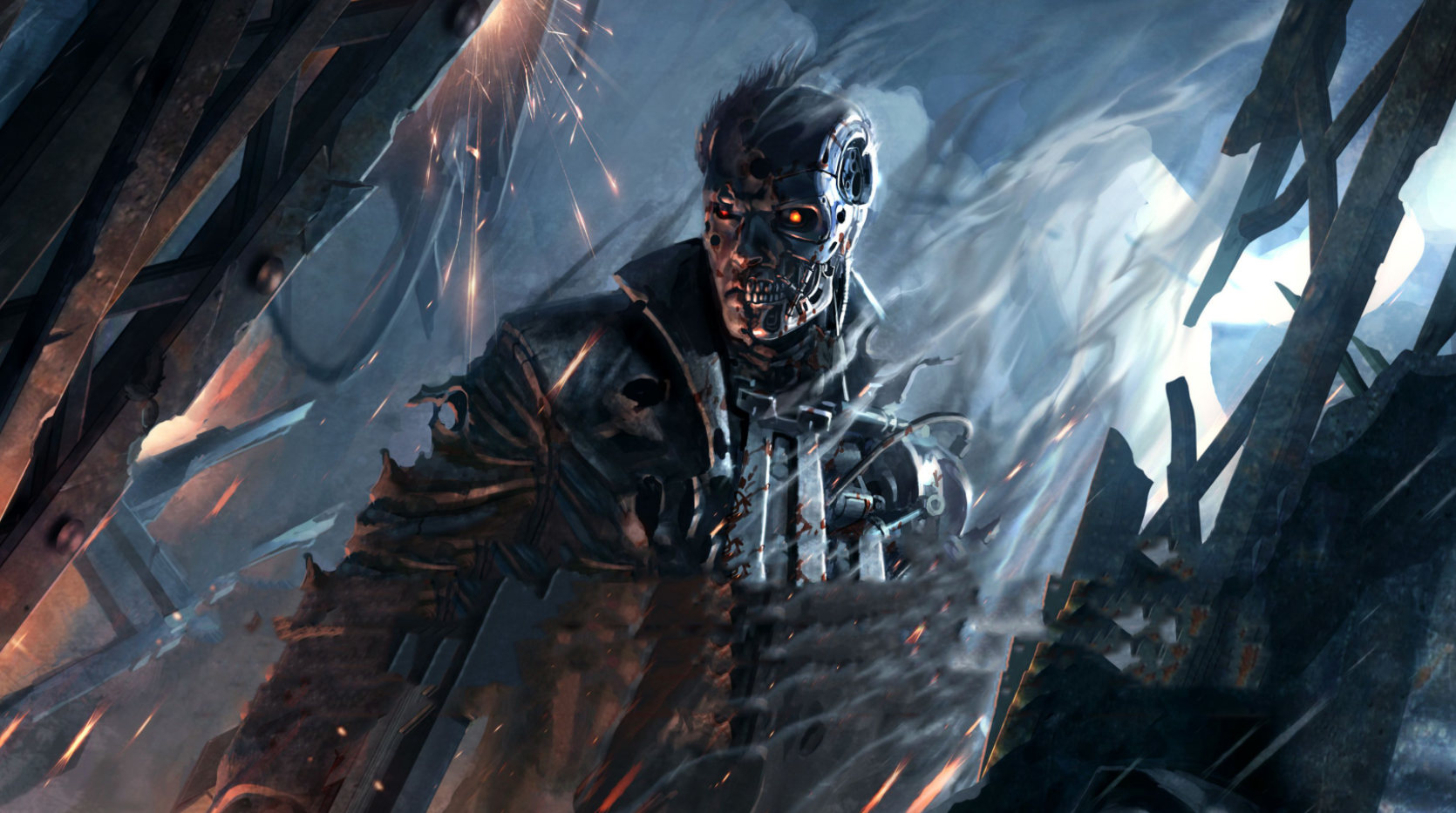 Terminator: Resistance Enhanced PS5 Review. When Terminator: Resistance released back in November 2019 on PS4, it’s fair to say that many (including yours truly) were surprised at just what developer Teyon managed pull off. Indeed, here was an FPS which liberally drew inspiration from the likes of Fallout, Far Cry and Deus Ex to create the sort of Terminator experience that many of us had only dreamed of. Equally though, it was also clear that Terminator: Resistance had more than a few rough edges and some fairly uninspiring design, all of which conspired to consign the game into guilty pleasure at times. 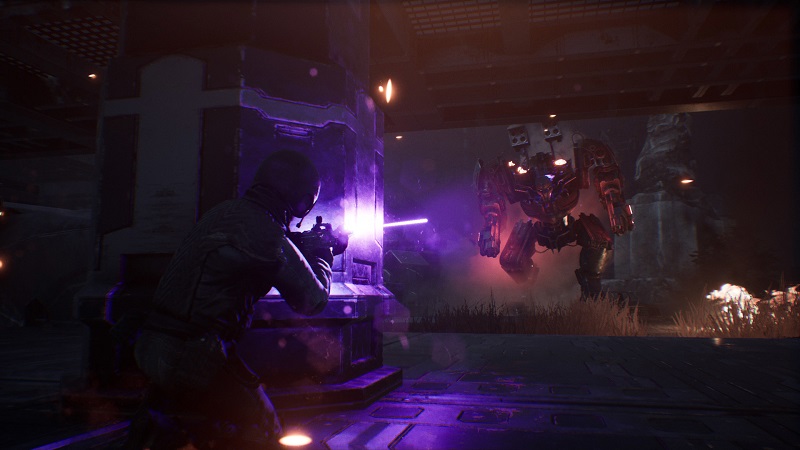 First things first though. In its leap to PlayStation 5, Terminator: Resistance hasn’t suddenly become any less janky or uninspiring in its solid, but unambitious FPS trappings. As a member of the Human Resistance tasked with smashing the heart of SkyNET, you’ll be sneaking, shooting and looting your way through evocative post apocalyptic hellscapes that appear to have been syphoned directly from the depth of Kyle Reese’s nightmares.

Though Terminator: Resistance unfurls its gameplay core in ways that are intimately and sometimes exhaustingly familiar, from the no-frills progression system to the micro-looting of resources and components, it’s also fair to say that it never really puts a foot significantly wrong during its 20 hour or so playtime. The gunplay is satisfying, there’s always an upgrade path to strive towards and the story is well-structured in ways that are both enjoyable and, at times, rather surprising to say the least.

Certainly, the developers are keen students of the source material and this love plays out through the audiovisual presentation of Terminator: Resistance, with a stirring soundtrack that echoes Brad Fidel’s legendary score and the atmospheric presentation of a horrifically scorched, machine ruled Los Angeles that deftly taps into the franchise’s nightmarish future war scenario. 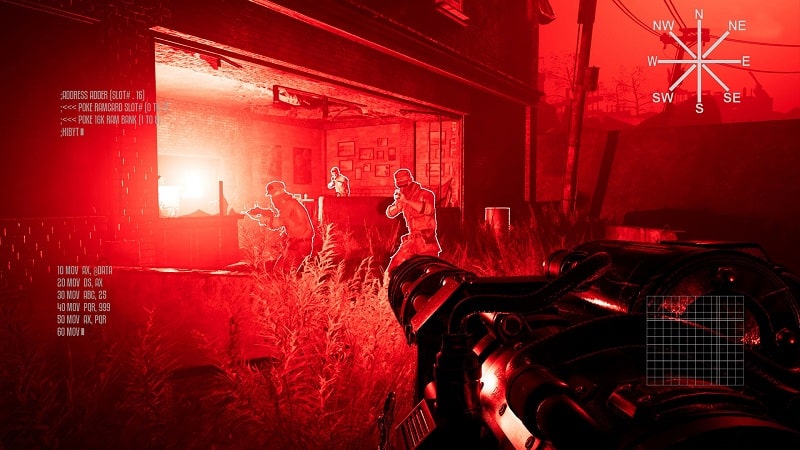 That reverence also expands to the lore too. Often overly convoluted at the best of times and certainly poorly serviced by the franchise’s more recent silver screen outings, Terminator: Resistance also happens to boast something of an excellent ending – not to mention one that somehow manages to beautifully tie up the many loose ends of the motion picture saga in a way that feels both surprising and satisfying at the same time. Honestly, if you’re a Terminator fan, you’ll be pleased to say the least once the credits have completed their roll.

In its PlayStation 5 debut, Terminator: Resistance Enhanced boasts many of the current generation bells and whistles that one might reasonably expect. Visually the game is a cut above what we saw on PlayStation 4, boasting 4K resolution visuals that pop along at a mostly liquid smooth 60 frames per second. I say ‘mostly’, because there are occasional drops now and then during some cutscenes and especially busy battles, but otherwise it’s a much better looking and smoother playing experience that does a better job of realising the visceral nature of Terminator’s future war than the last generation hardware was capable of showcasing.

Elsewhere, while the much faster loading times are appreciated, the DualSense controller is given some love with Terminator: Resistance’s new coat of PS5 paint, but not quite enough. Sure enough, the pad rumbles when you would expect it to and so on during gunfire and absorbed hits, but the distinct lack of adaptive trigger support means that it doesn’t quite feel like the leap over the PS4 version that you would expect. 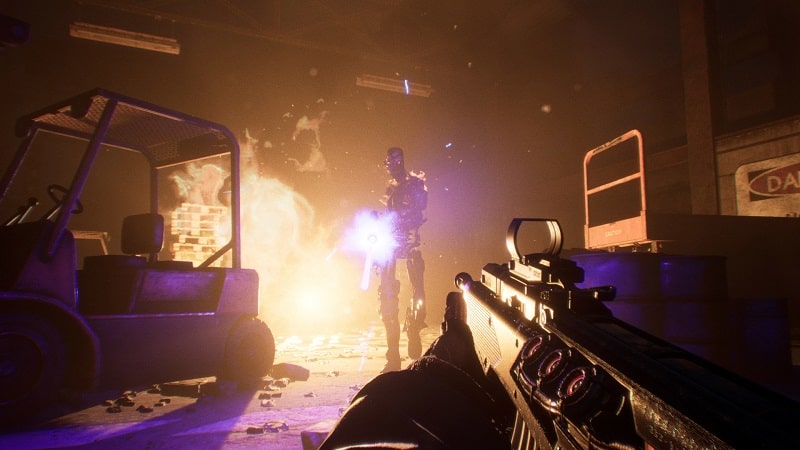 Beyond the technical improvements over the PlayStation 4 version of the game, Terminator: Resistance Enhanced also brings with it an additional carrot on the stick in the form of the Infiltrator DLC that released for the PC version of the game last year. A tantalising new chunk of expansion content, the Infiltrator DLC flips the script and has players (and Terminator fans) fulfilling a long-held fantasy by taking control of a damaged T-800 unit that must gain intel on the Human Resistance.

Sadly, while the presentation of this expansion is more than up to par (I marked out greatly at the red and white Terminator environment scanning UI), the actual gameplay of this 45 minute portion of DLC is somewhat lacking, instead amounting little more to a face-shooting, collect-a-thon that both deviates little from the structure of the main game, while also failing to meaningfully iterate upon it. A shame, for sure.

And yep, I still love it. Metal, laser-shooting warts and all.

No less janky or unambitious than its 2019 incarnation, Terminator: Resistance Enhanced offers up a mildly polished up experience that is augmented by some initially promising, but ultimately disappointing DLC. That said, for those that passed over the PS4 version of the game, Terminator: Resistance Enhanced nonetheless offers up a compelling slice of well-executed looter shooter goodness that fans of the motion picture saga will find enjoyable and fulfilling in equal measure.