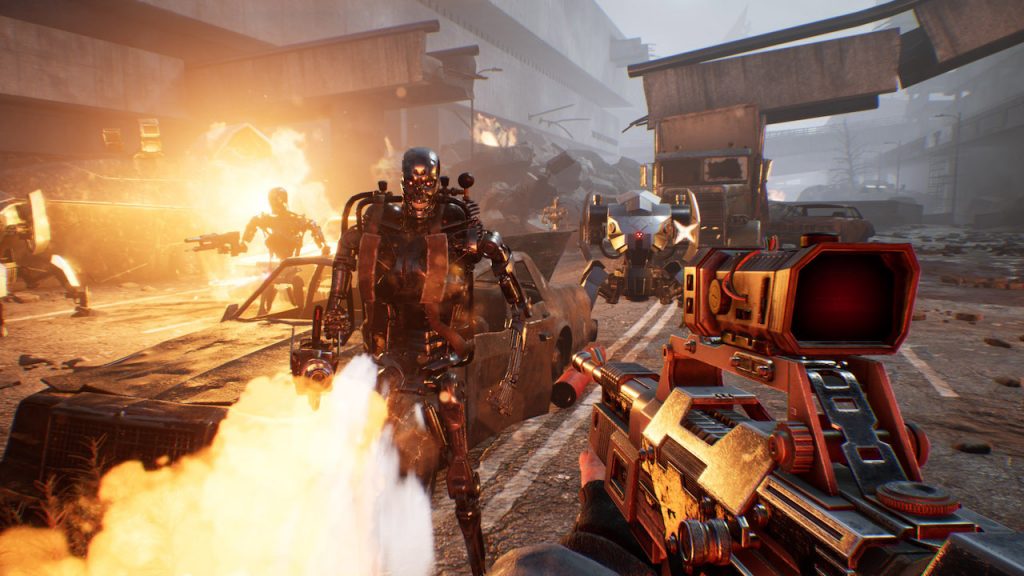 Look, I’m something of an idiot alright? Back when the PS2 was still a thing, I bought Enter The Matrix five times on Sony’s second home console and each time I traded it back in as surely as I fell out of love with it – I fell back in love with it and bought it again.

Call it a character flaw.

Anyhow, for me at least Enter The Matrix hit just enough of the right buttons, namely the bullet time moves, the kung-fu, the look and sound of the movies, that it somehow managed to sufficiently paper over the (many) cracks of its sprawling flaws.

In a similar vein, Terminator: Resistance occupies a similarly shaped enclave in my heart. It doesn’t matter that, at its core, the bedrock gameplay of Terminator: Resistance is essentially something of a brazen smash and grab of Far Cry and Deus Ex, haphazardly wrapped up in a Terminator veneer. But should it? If I enjoy the game as much as I profess to, should it matter that on a technical and design level that the game is so wanting?

There are other things that the game gets right too. The tightly knit, claustrophobic corridors of the various hub resistance hideouts, impregnated with twisting rebar tendrils, burning barrels and barking Alsatian guard dogs all evoke the hideout we see in the first Terminator movie with aplomb.

It’s atmospheric in other ways too. When you’re not ear-deep in a remarkably accomplished facsimile of Brad Fiedel’s iconic score, you become exposed to more subtle stimulus – such as the sound of a strong wind rushing through the valley, causing the assorted strewn metal girders and wood floors to creak appropriately. Elsewhere, though workmanlike in execution, the final all or nothing battle against Skynet is legitimately adrenaline inducing too, while the ending neatly ties up the events of the first two films together in a way that is surprisingly sensible for the franchise.

But until Wolfenstein developer Machine Games or Arkane Studios (Ooof, just *imagine* what they could do with it) gets their ass in gear and makes a Terminator game, then Terminator: Resistance is all we’ve got. And I’m perfectly, totally happy with that – glitchy, unpolished warts and all.

Oh, and now that we have a fourth Matrix movie set to drop on our screens in the next two years, I wouldn’t say no to a new Matrix title either. Just saying.

What about you guys though, Do you have any guilty pleasure games that you really like in spite of what everybody might seem to think? Sound off in the comments below!