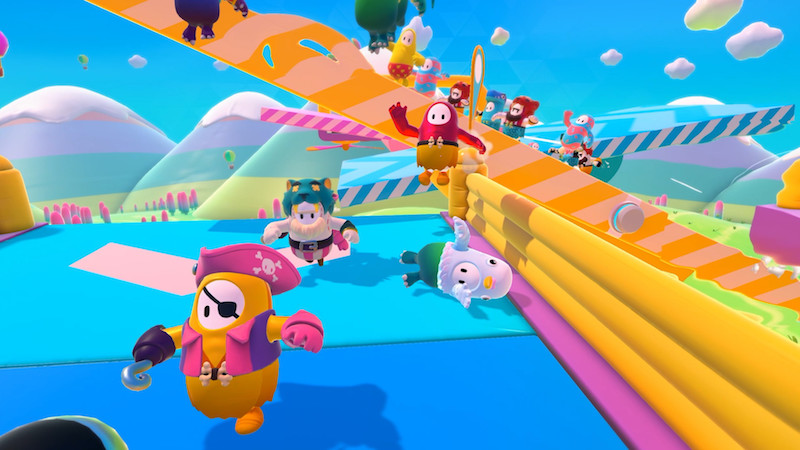 Fall Guys is its best not only when you have full control over your destiny (or at least as much as your skill level can allow), but when it’s every fall guy for themselves. In short, this is battle royale effort that excels when it’s actually allowed to function as one.

As such, Fall Guys‘ team based games would seem to go against the grain of its own design in this way, since the chaos which makes the other mini-games so compelling has the opposite effect when applied to the rigid framework of co-operative play.

Here, players can score own goals, obstruct their own teammates and generally make life miserable for folks who, up until then, have been having an enjoyable and largely successful run. Personally, I have lost count of the number of Fall Ball games where games have been forfeited by my own team seemingly deliberately scoring own goals or holding other members of my team in place.

However, maybe these are younger or more inexperienced players who don’t quite grasp the shift from competitive to cooperative play. Notably, when a team based game such as Fall Ball or Egg Scramble follows on from a challenging stage such as Slime Climb, the players that are left over from that ruckus tend to be much more competent and attuned to what needs to be done in a cooperative capacity.

It’s when these players form the ranks of each side that the cooperative based games start to become fun again.

As it is right now though, chaotic shenanigans completely undermine the spirit of Fall Guys cooperative games and as there is no way to exclude players from them (other than having them get eliminated beforehand), we’ll just have to suffer through the actions of those who seem hellbent on spoiling things for everyone else.

Me though? I’d just want more stages like Slime Climb, Fruit Chute and See-Saw please. Thanks.

Am I just being grumpy about all this or do some of you feel the same? Sound off in the comments below.