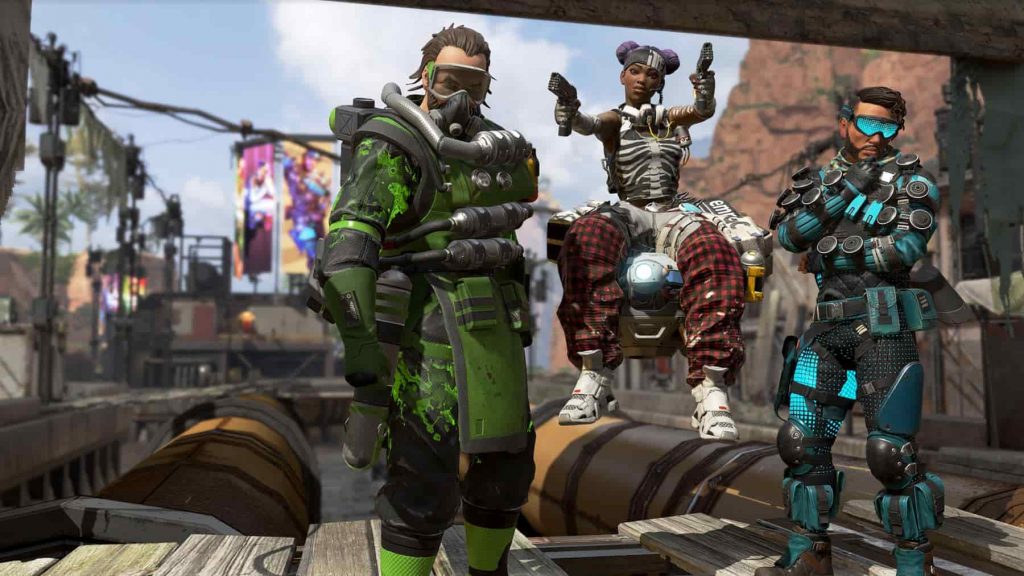 Respawn Entertainment has a free gift for Apex Legends PS4 players this week, with gamers who own a PlayStation Plus membership able to grab a bunch of cosmetic items at no extra cost. The Play Pack includes a total of six in-game items and can be obtained now via the PlayStation Store, so check it out if you’re still dabbling in Apex Legends.

Apex Legends PS4 Gets Free DLC Ahead Of Season 2 Details

The free Apex Legends PS4 pack adds a new skin and banner for Lifeline and Mirage, while the Eva-8 and R-99 each get a fresh weapon skin. It’s free, so go and grab it, eh?

Respawn confirmed recently that it is attempting to curb the issue of piggyback players in the free-to-play battle royale title, which has been a thorn in the side of many players since the game’s launch. The most recent Apex Legends update rolled out last week, although users quickly reported crashing issues for the game on PS4.

Looking ahead, Respawn will be unveiling the first concrete details on Apex Legends Season 2 at E3 next month. The game launched on PlayStation 4, PC, and Xbox One in February, and is one of the biggest successes of the year so far, with 50 million players reached after just one month. Okay, so it’s not at Fortnite levels of popularity, but it’s still managed to make a significant dent in the battle royale space.

The bad news, however, is that Respawn has scrapped any plans for a new Titanfall game while it focuses on Apex Legends. It’s a shame too, as Titanfall 2 was excellent.

In related news, the studio recently said that it has no plans to change the frequency of Apex Legends updates, so don’t expect any Fortnite-style weekly updates for the shooter going forward.