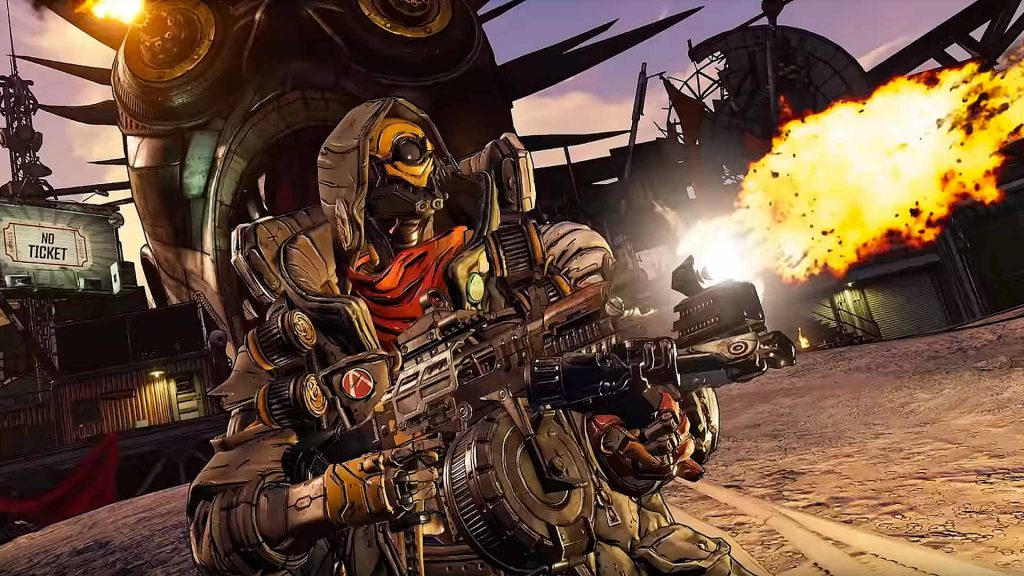 The official forum for Gearbox, developer behind the upcoming Borderlands 3, has warned users about misgendering FL4K, the latest Vault Hunter to be included in the upcoming loot-shooter. The studio is enforcing a ‘they/them’ pronoun on the fictional character, which was revealed just last week, and you could be in trouble if you don’t title the robot appropriately.

A message posted on the forum reads as follows:

FL4K’s pronouns are ‘they/them.’ You are not forced to change your beliefs or viewpoint, but we’re clarifying and confirming that that is how the character is written, and as such should be referred to. Please remember that this forum’s rules include not attacking others for their beliefs.

That is Gearbox’s official stance on the matter. As such, it would be greatly appreciated if people respected that and obliged by using the correct pronouns. (the odd slip up may happen, that’s understandable, but it doesn’t take a great deal of effort to try)

Borderlands 3 is pencilled in for a September 13 release on PlayStation 4, PC, and Xbox One. The game combines everything you love about the series thus far, so that means shooting hordes of enemies, hoovering up precious loot, and interacting with an eclectic lineup of characters.

We were lucky enough to go hands-on with Gearbox’s latest title a few months back, so be sure to read our thoughts here.

Be sure to brush up on the other three Vault Hunters if you haven’t already done so. They’re Amara, Moze, and Zane.

The Borderlands franchise is one of 2K’s most profitable IPs, having sold over 48 million units worldwide since its launch back in 2009. Borderlands 2 followed in 2012, with Borderlands: The Pre-Sequel arriving two years later. In addition, Telltale Games produced Tales from the Borderlands, an episodic spin-off series, between 2014 and 2015.

Keep your eyes on PSU.com for more Borderlands 3 coverage.