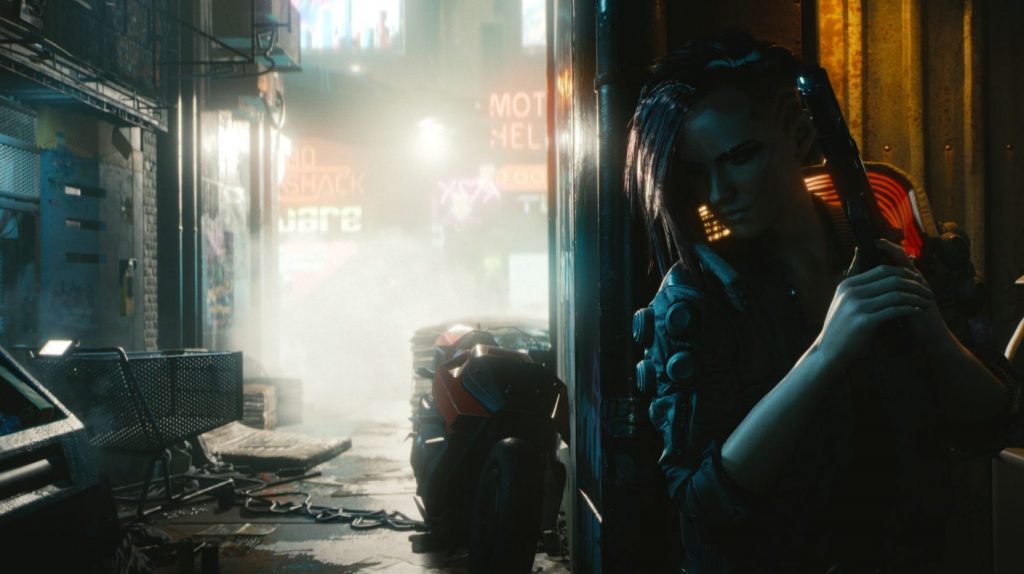 CD Projekt Red has stated that the console versions of Cyberpunk 2077 will still look and perform well, despite only showcasing the game running on high-end PC’s so far.

“We’re targeting consoles as first class platforms and it looks amazing there,” he said. “So obviously, if you spent, you know, $2,000 building your PC rig, it’s going to look better on that. But the graphics are quite amazing for what you’re going to get from Cyberpunk 2077 on consoles and low-end PCs.”

On top of that, he stated that the game wasn’t hard to get running on consoles.

Whilst, we haven’t seen the game running on consoles yet, it is nice to know that CD Projekt Red are intending to get the most out of the PS4 platform as they can.

Keanu Reeves was revealed to be playing Johnny Silverhand in the game, where he will have the second most voice lines in the game. This news came alongside a release date at E3 2019, along with a brand new, bloody story trailer, hinting at some themes introduced further into the game. It has been confirmed that the team is currently toying away with Multiplayer features, experimenting with how it could work within the game.

Cyberpunk 2077 is pencilled in for an April 16, 2020 release on PlayStation 4, PC, and Xbox One, although there’s a chance it may also come to the PS5 and Xbox Scarlett down the line. One thing that Cyberpunk 2077 won’t feature is a morality system, although if fans have their way, we’ll be getting a ‘You’re Breathtaking‘ Trophy based on Keanu Reeves’ appearance during Microsoft’s E3 2019 presser.

Does this reassure you about the console versions? What are you most excited about when it comes to Cyberpunk 2077.