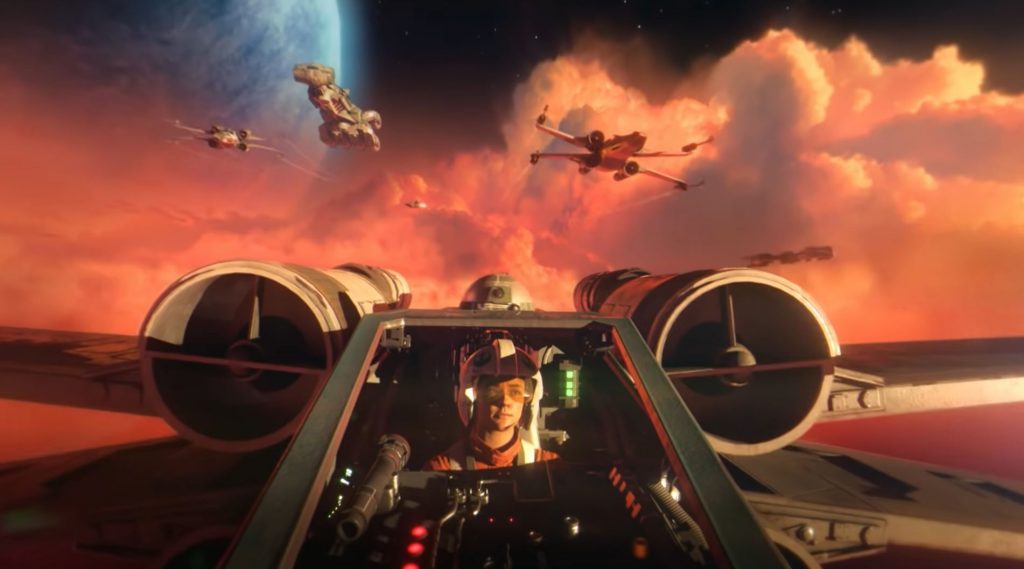 The good news is that Star Wars: Squadrons does support PSVR and it will be available at the game’s launch on October 2. The full game and multiplayer mode will also be playable in VR. This is wonderful news for PSVR fans who are likely to be getting one of the biggest budget games to ever hit the platform. Alongside VR support, the game will also be playable with a regular Dualshock 4 and cross-play will be supported.

Star Wars: Squadrons was announced earlier today with a gorgeous reveal trailer, confirming the price and release date of the game. It comes after a mysterious Project Maverick leaked earlier this year and a new EA Star Wars game was set to be revealed earlier in June. After a delay to their EA Play event and a leak of some key-art on June 12, Star Wars: Squadrons was officially confirmed and the excitement began for a new Star Wars game.

The game will be the first full release from EA that supports PSVR, after they released an X-WIng VR mission back in 2016 for the PSVR platform. It is nice to see EA take this risk and do something that is a little bit out of their traditional wheelhouse, especially as the game will have no microtransactions. You can keep up to date with the game on our game page, where we will have more information in the coming months, as well as any gameplay or reveals for the game that take place.

Star Wars: Squadrons releases for PS4 and PSVR on October 2.