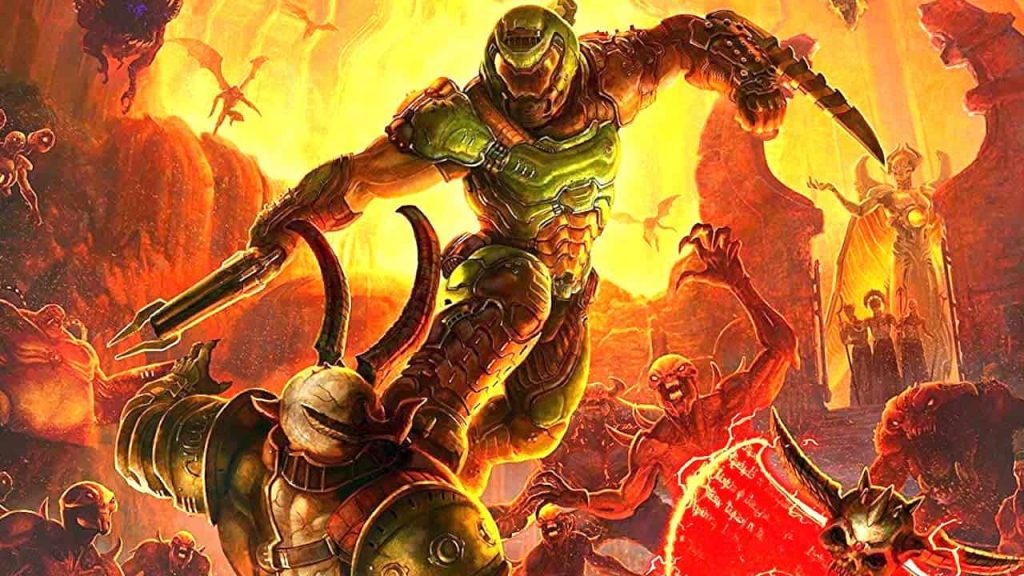 Bethesda and id Software have confirmed details on the DOOM Eternal Collector’s Edition, which comes with a bunch of physical goodies including a fully wearable helmet. The news comes following Bethesda’s E3 2019 press conference yesterday (which I thought could have been better, admittedly), where the publishing giant revealed the DOOM Eternal release date alongside a brand new trailer for the shooter.

So, what’s in the box? The DOOM Eternal Collector’s Edition features the Year One Pass, which confirms the addition of two slices of DLC for the game, a Demonic Slayer skin, and a Classic Weapons Sound pack. In addition, it features a Lore Book, lithograph, steelbook case, and the aforementioned wearable Slayer helmet.

There’s no details available yet on the DOOM Eternal DLC, but we’ll be sure to keep you updated.

DOOM Eternal is slated for release on PS4, PC, Nintendo Switch, Google Stadia, and Xbox One on November 22.

In addition to the single-player campaign and usual batch of multiplayer modes, DOOM ETERNAL is also going to include an asymmetric mode called Invasion, which allows the player to invade another gamer’s single-player mode and square off against them as demons. The option can be turned off if you want, though, allowing you to enjoy the game solo.