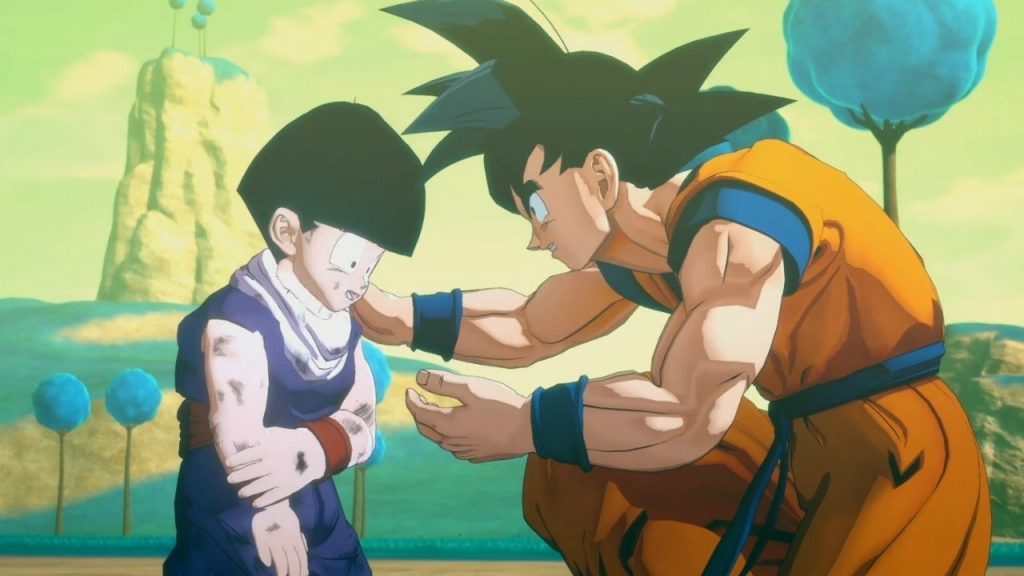 Dragon Ball Z: Kakarot from the folks at Bandai Namco and CyberConnect 2 is a brand new action RPG announced during E3 2019. The game arrives on PS4 in early 2020.

The description for the PlayStation trailer offers a deeper description of the new action RPG:

This is one of many announcements during E3 2019. Bandai Namco also announced Ni No Kuni: Wrath of the White Witch Remastered, a remaster of the cult-hit PS3 JRPG. Tales of Arise is the next game in the Tale of series and it is a huge step up from the last entry, offering gorgeous landscapes and effects. Finally, Elden Ring was announced, which is the next game from FromSoftware. George R.R. Martin has contributed to building the world of the game.

What are your thoughts on the game? Are you excited for a new Dragon Ball RPG?