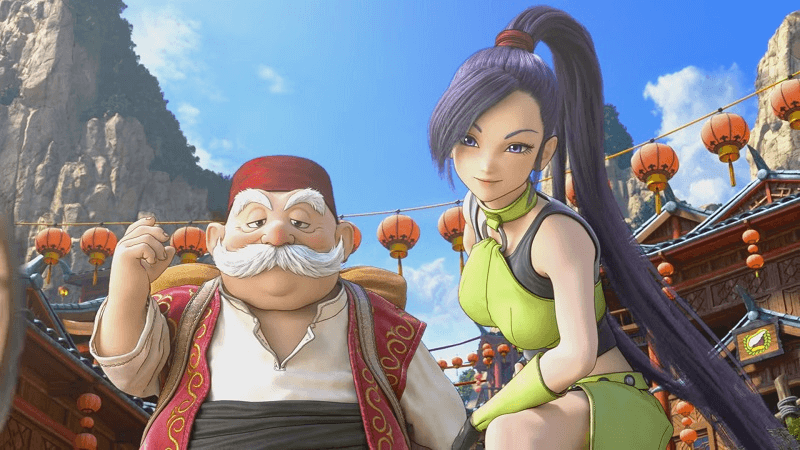 Dragon Quest XI is a big RPG with a lot of moving parts. Here, we have taken the time to put together a list of tips we wish we had known right away. So, instead of running around like a headless chicken like we did, feel free to take these suggestions into account as you start your journey with these Dragon Quest XI tips.

Save as often as possible

Even though the game is vibrant and just downright fun to look at, Dragon Quest XI is still an old-school RPG at heart. There are points where the game saves on its own, but so much can happen between those few-and-far-between points. Stop in every church. Rest at every camp. The game itself is not that hard, but circumstances can get out of control just as easily as things running smoothly. You will not want to backtrack hours of leveling and progress just because you forgot to save.

Reallocate your skills with gold

If you put skills into your character that you really dislike, go hit up a church or an angel altar. As displayed in the above image, navigate down that menu to Rectification. From there, you can spend 20 gold per skill point and have them all rewarded back to you. Once returned, those points can be reallocated into your character as you so choose. We all know that we never end up using the same types of equipment once we get the hang of the game, so this service helps to compensate for beginner mistakes.

Historically, the Dragon Quest franchise has been a grind-heavy RPG, but most RPGs are, really. What Dragon Quest XI does superbly is make sure to put a lot of enemies on the map. This makes farming just a natural part of progression rather than having to go hunting for things to fight. Just get into the habit of not running through groups of mobs and you will have no problems keeping up with the naturally increasing difficulty of the game. Besides, Skill Points accumulate quite slowly, as only a few appear with every character level. Embrace the farm.

Fear not the dark

Keep the previous point in mind as you go about fighting enemies at night. Not only are enemies different once the Sun goes down, they also tend to be much harder. This means more challenge, of course, but this also means greater rewards from winning battles. Even better still, shiny points on the map are much, much easier to see after dark. Maximize your efforts before dawn returns! Reading really is good for you

As you explore, one thing you will want to look out for are red books you can find on bookshelves. These are scattered throughout the game, so be sure to explore thoroughly. Honestly, the exploration bit applies to every aspect of this game, but I’ll stick to books for now. Books offer narrative history and backstory to characters and the realm itself, but they also can include recipes for new crafting items. These recipes can change the game when you need them, since crafting gear is so efficient and saves a lot of money.

What are those little blue ghost things?

While wandering around, you will inevitably come across these little blue fairy sprites. There is no way you can interact with them, but they are a helping hand in finding hidden things on the map. If you come across one of these spirits, be on the lookout for a cave or treasure chest or a hidden item nearby. Some things that these spirits indicate are unreachable in the early hours of the game. In these cases, you will just have to come back to get them once more of the game unlocks.

Where was I going again…?

Party Talk is a super-handy feature and is well-implemented in Dragon Quest XI. Whenever you get lost or forget what you were doing, you can talk to your party about what last took place and where you need to go. The entire cast is delightful, so taking any excuse to get them talking is just great anyway. This way, though, you can also get some sought-after info on your next objective.

Auto-heal is your friend

When your party gets low on health, you know you have to get them healed. However, Dragon Quest XI offers a quick heal option that you can use right from the Triangle menu screen. There is no menu prompt for it. Just press Square in the Triangle menu, and your party will be healed! What is so great about this feature is that the extra characters not in your active line up will heal your active party. That way, your main party can save mana for combat and not use it for healing.

This time-saving feature is definitely in Dragon Quest XI. However, this skill is only available to one particular character. For the sake of avoiding spoilers, I will not say who it is, but this character will not join your party until after ten hours or so. It will not be a long wait. Under the Magic sub-menu, navigate to your character and select the spell, Zoom. This will allow you to jump between major cities and camp sites you have recently discovered.

Happy journeys! Let us know how you like the game so far! And if you have any more Dragon Quest XI tips, let us know in the comments below.

We hope this guide was helpful in your adventures, check out the rest of our guides for Dragon Quest XI: Echoes of an Elusive Age